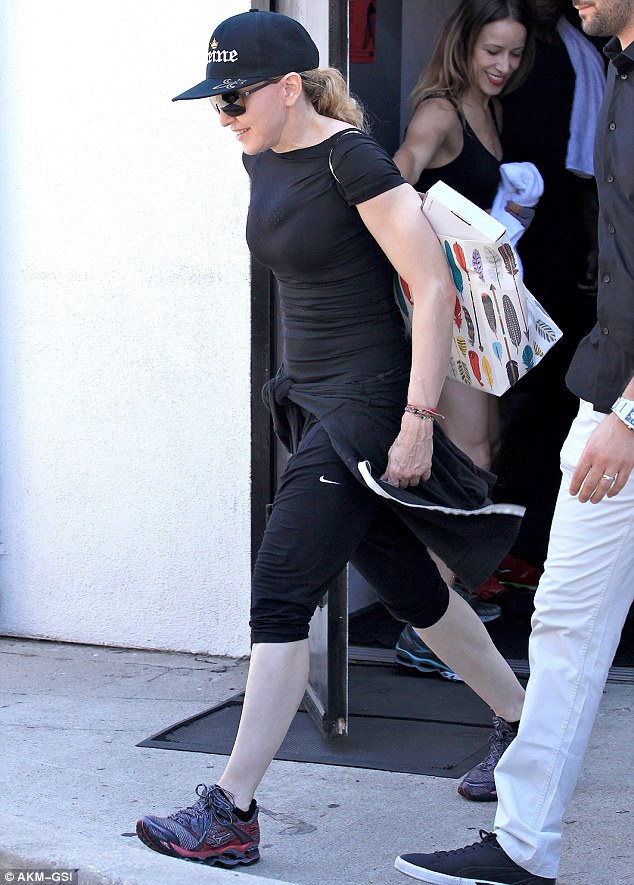 Trying to stay the reigning queen of pop is not easy. After 30 years of holding the title, Madonna is making sure she can keep up with the new stars hitting the charts.
The 55-year-old put herself through a grueling workout in West Hollywood, California, on Monday and proved she is still fighting fit.
The Holiday singer emerged looking refreshed and in a great mood despite working up a sweat with woman half her age. Not even looking tired, the music icon strutted her way back to her waiting car still wearing her gym clothes.
For her workout, the 55-year-old donned a pair of loose fit three-quarter Nike sweats with a tight Lycra Nike T-shirt and sweatshirt round her waist. Going without make up, the star threw on a pair of big black sunglasses and a baseball cap with the word 'Reine' on it. Perhaps making sure people knew who they were dealing with, roughly translated from French it means queen.
It also means clean and pure in Dutch which is perhaps a nod to her toyboy love Timor Steffens' native country.
Timor, who is just 26, is probably another reason Madonna is so keen on staying fit. First seen together at the beginning of this year, things are getting much more serious between the pair.
Grazia UK reports that the backup dancer has become part of the family and has even become very close with Madonna's son Rocco. According to the magazine, Timor is like a 'big brother' figure to the 13-year-old teaching him to dance and taking him on shopping trips. Rocco has been teaching the backup dancer a few things as well with the 13-year-old showing him how to skateboard on ramps recently. Besides working out and keeping up with her family and young beau, Madonna has also been very busy giving back to her hometown of Detroit, Michigan.
On Monday, the star announced she was making a long term commitment to the city including providing funding for free after-school boxing and educational mentoring to dozens of children, buying art and music supplies and boosting funding to a nonprofit that employs homeless women who create clothes for the homeless. In a statement, the star said she was inspired by a recent visit to the city: 'A piece of my heart will always be in Detroit, and I'm humbled to be able to give back to my community.' 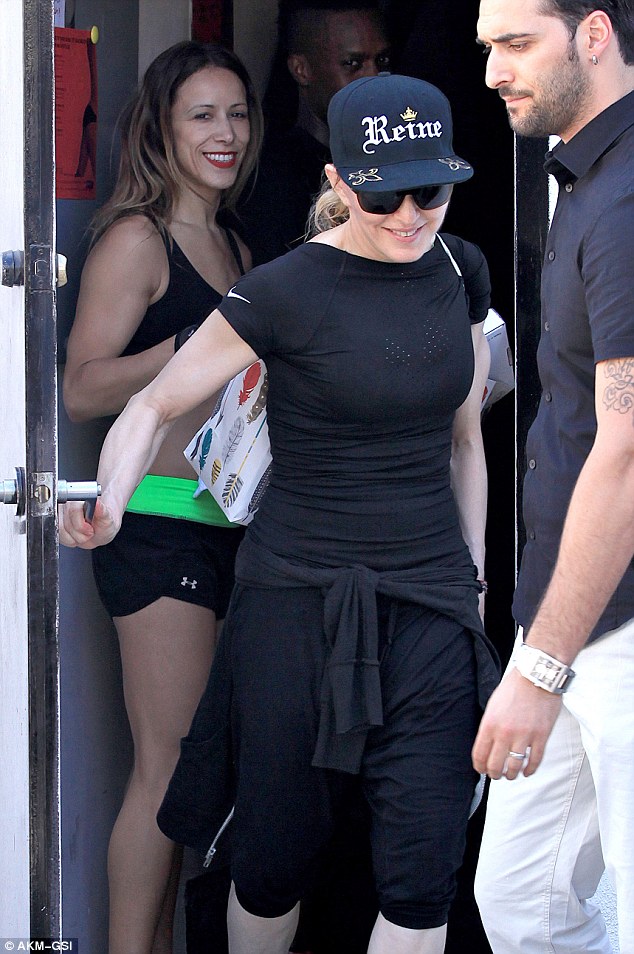 Her crown: the 55-year-old wore a baseball cap which said 'Reine' on it which roughly translated from French means queen 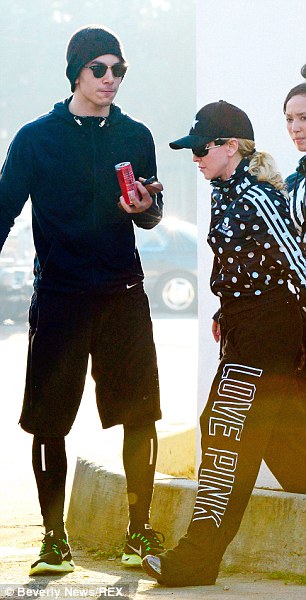 Keeping up: The star's boyfriend Timor Steffens, who is just 26, is probably another reason Madonna is so keen on staying fit 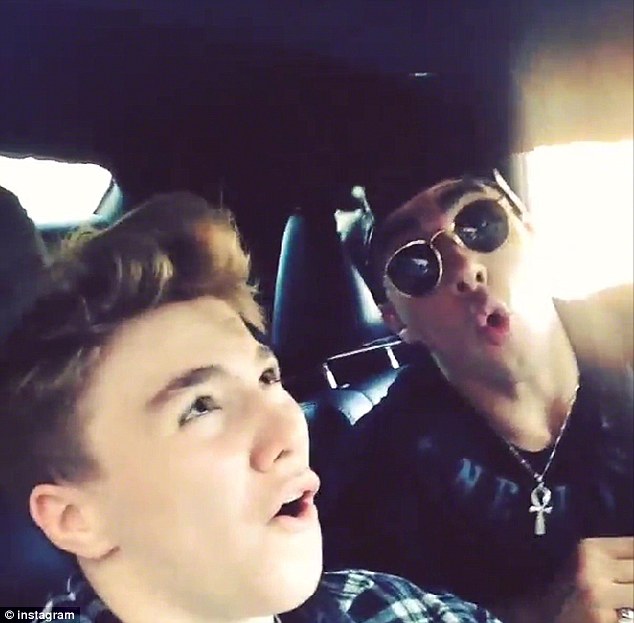 Part of the family: The dancer has become very close with the Holiday singer's son Rocco Ritchie
source