Fans 'shocked' as all Garth Brooks gigs are axed

After much speculation about the Garth Brooks concerts going ahead in Croke Park, it has been announced that all five shows have been cancelled.

A statement released by Aiken Promotions said: "It is with great regret that Aiken Promotions today announce that the 5 concert Garth Brooks Comeback Special Event at Croke Park has been cancelled. No concerts will take place."

The statement continued: "The ticket return process will be outlined tomorrow [July 9].

"Aiken Promotions have exhausted all avenues regarding the staging of this event.

"We are very disappointed for the 400,000 fans who purchased tickets for The Garth Brooks Comeback Special Event." 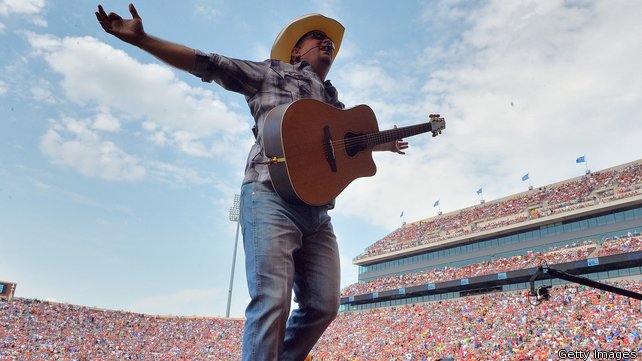 The Minister for Arts, Heritage and the Gaeltacht Jimmy Deenihan has said that the cancellation of the concerts is an embarrassment for the country.

Speaking to journalists at Leinster House, Minister Deenihan said it was a huge disappointment and a huge loss of business for the capital.

The Minister reiterated that a whole new process for licensing concerts would have to be put in place so there could never be a repetition of what has happened.

Meanwhile, Colm Stephens, who chaired the recent public meeting Stop the Croke Park Concert Madness, said the residents first reaction was for the fans who have “left in the lurch”.

"We take no pleasure in this," he insisted. "There has to be an end to selling tickets before a licence has been granted for an event.

"What has happened should never happen again. Croke Park now has to do what they have promised and consult with residents before tickets for an event are sold."

Dedicated to the two other Garth brooks fans in Ireland.

Not even this man can save the #GarthBrooks concerts now pic.twitter.com/U5DSQCTX3d