What Do the Models with Bruised Knees In Manuel Bolaño’s Show Mean?

Spanish designer Manuel Bolaño showed his latest collection “The Boy With Sad Eyes” in Barcelona late last week, and aside from the #healthgoth mix of the designs’ dark sportiness, one thing that stood out was all of the model’s overly-bruised knees. 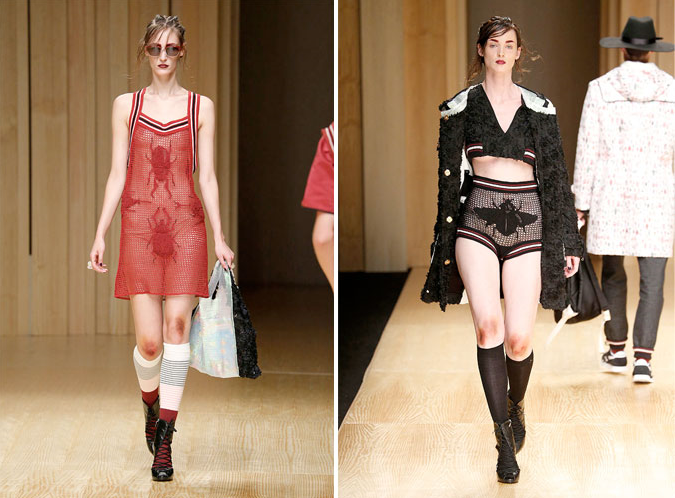 Bolaño’s description of the line talks about wounded emotions:

“Let’s talk about the first kiss, hidden from the world, in a corner. Tell me what you think of my life, of my adolescence. In a corner I treat my wounds, and my tears will be lost in the rain. I extend my hand, seeking to touch you, leaving the world, cleansing my body of your scent, like an idiot searching for lost rites. I’m going mad, everything tortures me, but I know how to love. My soul was pure.”

Clearly the bruises here were added for artistic effect, or to make some sort of statement about models’ bodies in general. One could read into it a sort of pride in physicality, suggested by the sport-themes on display, but I don’t think that’s the case here. One thing that is certain is that bruised legs have become a macabre sort of badge of pride for many young women, particularly the fashion-conscious. 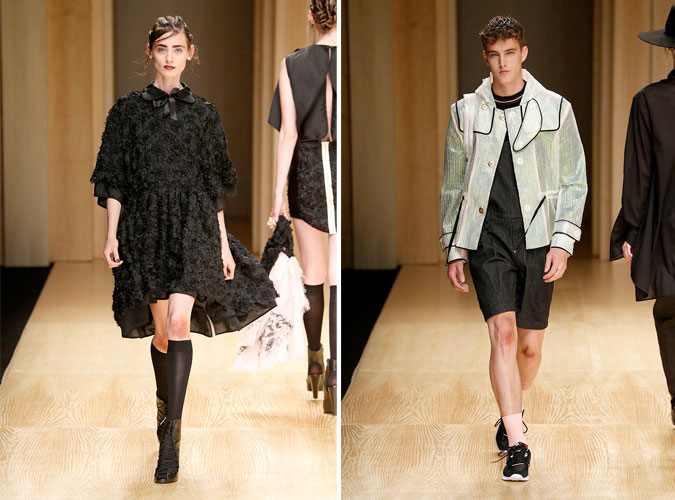 Former Australian Vogue editor Kirstie Clements talked about why that could be, saying such bruising is common among models in a piece last year.

I began to recognise the signs that other models were using different methods to stay svelte. I was dressing a model from the US on a beauty shoot, and I noticed scars and scabs on her knees. When I queried her about them she said, nonchalantly: “Oh yes. Because I’m always so hungry, I faint a lot.” She thought it was normal to pass out every day, sometimes more than once.

Cara Delevinge showed off some serious bruises (apparently psoriasis-related) of her own last year on the runway.

Setting aside the sexual implications of why a woman would be down on her knees, here, and in the Instagram accounts of young women everywhere, leg bruises are often a subtle signifier, a way of inferencing the malnourishment often associated with eating disorders, without coming right out and saying it. I don’t suspect Bolaño is intending to “glamorize” that here, but rather to spark a discussion. So let’s have it.