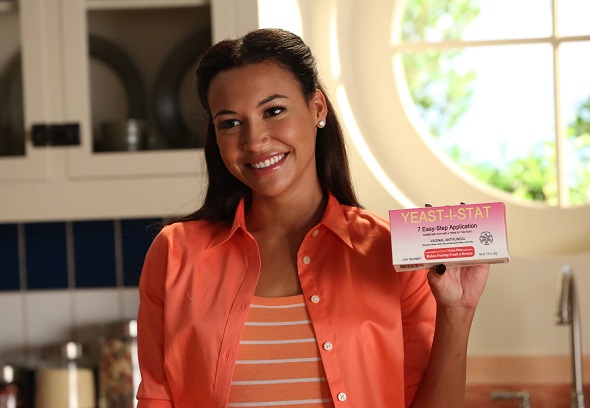 When Glee starts production on its final season later this summer, Naya Rivera’s name will be on the call sheet.

TVLine has learned exclusively that Santana’s portrayer — who dodged rumors this spring that her days on the show were numbered — is returning for Season 6.

The small-ish catch: Rivera will be billed as a recurring guest star and not as a series regular — a change I’m told she requested (and the producers honored).

Keep in mind, many a Glee vet has seen his or her contract status tweaked over the years and still maintained an active presence on the show (see also: Amber Riley, Jenna Ushkowitz, etc.).

Rivera’s rep could not be reached, while a Glee spokesperson declined to comment.

“We’re working on the last season now, and it really feels like it’s getting back to its roots, which I love,” he shared. “I’m sort of reinvigorated about it. It’s getting back to what I was initially interested in with the show, which was arts in school. The last season is really about the importance of arts education in our high schools… I think people will like it.”

Fox has yet to announce a premiere date for Glee‘s (likely abbreviated) final season.

Run away from this mess, Naya. Go and direct more short films. Make more horror films. Anything but Glee.