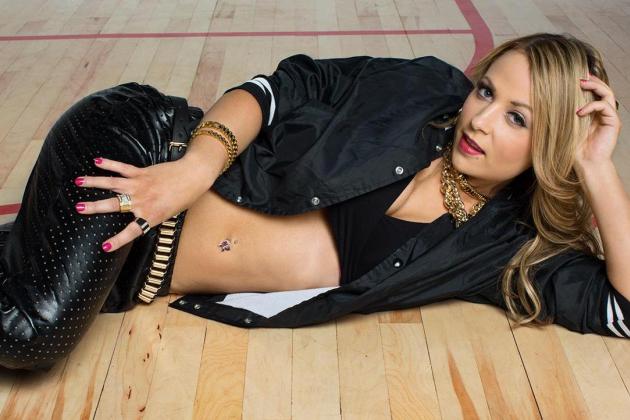 In one of the year’s most bizarre wrestling-related stories, WWE released Diva Tenille Dashwood, also known as Emma, following her arrest Monday for shoplifting a $22 iPad cover from Wal-Mart.

Then, just four hours later, the company issued a swift retraction on its website, noting it had looked into the issue and decided to reinstate the Australian.

The whole thing was very strange and smacked of miscommunication and ineptitude—odd for such a typically well-run company like WWE.
So what’s going on?

Over at PWInsider, Mike Johnson explains why management made the call to give the Diva another chance:

In asking around, one of the beliefs as to why Emma was reinstated was that other talents have been arrested for far more serious crimes and were not let go, which could have left the door open for questions to WWE about why she was let go for a far lesser offense. A few wrestlers also believed that TMZ running a headline noting she was let go for a $22 item could have led to WWE re-thinking the release as it made them look bad.

Certainly, firing Emma over the arrest seemed to be a big overreaction on the company’s part, especially considering some of the legal problems of other stars over the years.

As TMZ mentioned, the Diva was charged with sixth-degree misdemeanor larceny and sentenced by a Hartford court to a whopping one day’s worth of community service. The matter is seemingly over with now.

Interestingly, her lawyer wrote off the incident as a mix-up with the self-checkout machine, which sounds perfectly plausible considering how tricky those things can be. It’s questionable whether she intentionally meant to do anything wrong in the first place.

Was it an embarrassing story? Of course. But really, it’s hard to call this a big deal. Arguably, the company only brought further attention to the incident with its weird antics here.