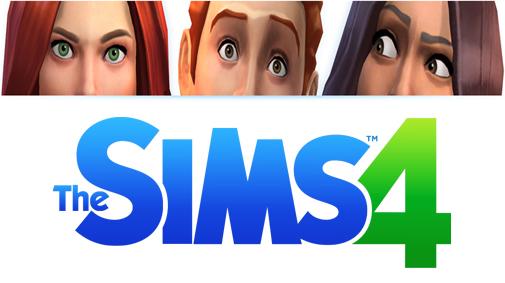 Back when the The Sims 4 started development in 2008 EA was all aboard the online, social media train. You name it and they saw dollar signs and a way to monetize it from preventing piracy, direct marketing DLC, in-game advertising — absolutely everything pointed towards EA making a mint by forcing an online component to their games whether it made sense for the game to be online or not. The Sims 4 was no exception.

"I have not green lit one game to be developed as a single player experience. Today, all of our games include online applications and digital services that make them live 24/7/365."  —Frank Gibeau, September 2012, Cloud Gaming USA Conference

With that in mind, we first started hearing rumors that The Sims 4 would be online as early as 2010.  By March 2012 when The Sims 3 Showtime was launched with the SimPort feature there was no doubt for most people who were paying attention that The Sims 4 was going to be an online game.  Which is partly why when it was announced there was such a huge deal being made about the game being offline and single player.

“The Sims 4 celebrates the heart and soul of the Sims themselves, giving players a deeper connection with the most expressive, surprising and charming Sims ever in this single-player offline experience.”  —EA.com, May 2013

But we don’t just have rumors and speculation to go on, we have the resumes of former EA employee Patrick Kelly and current EA employee Gil Colgate where both state The Sims 4 started off being developed as an online game.

"My most recent project for The Sims Label (2011 – 2012) involved creating detailed Flash mockups exploring game play and UI designs for two potential online versions of The Sims 4 (The Sims Olympus and The Sims Icarus)." —Patrick Kelly

"Sims 4. Got to work on clustered servers, chat systems, scaling and performance, and other internet style stuff when it was an internet based game."  —Gil Colgate

So it’s firmly established The Sims 4 started off as an online game — it’s fact; not rumor.  The only thing that’s not clear is exactly when the direction of The Sims 4 changed from online (after at least four years work, 2008-2012) to being an offline, single player game.  We have two conflicting reasons and times given.

According to Patrick Kelly it was scrapped sometime in 2012 because the online concept was low quality with major limitations and had connection issues.  In other words the online game just wasn’t working out.

"We listened to the feedback on SimCity and decided that The Sims 4 would be built as a single-player, offline experience." —Frank Gibeau, Venture Beat, July 2013

According to Frank Gibeau, currently Executive Vice President of EA Mobile but at the time of the interview was president of EA Labels, the direction of The Sims 4 changed as a result of fan feedback after the disastrous launch of SimCity.  SimCity launched March 5, 2013 so if we believe him The Sims 4 was still an online game as late as 2013.

All of that background brings us to today when we have employee after employee telling us the Sims 4 was mismanaged.

"From what I’ve been told, the game is a mess, the studio is a mess, and people are so frustrated they are about to revolt."  —Patrick Kelly, June 9, 2013 (All web activity, sites and profiles deleted.)

"They’re both [pools and toddlers] really important features that are close to our hearts.  We didn’t have the time during production to do them right for base game so we made a really hard decision to wait to do it properly instead of something half-baked.  I know it’s sad, but our hearts are in the right place." —Dave, The Sims Studio (via Luana on Twitter) June 25, 2014  (Both accounts were deactivated the same day it was posted) | Image

"You can’t weigh features by how much you want them in the game, you have to consider how many development resources it takes to create them. The tram? A couple of days from one of our FX guys and it’s finished… very low risk, very low complexity (using entirely existing tech), and adds a nice visual punch to the neighborhood. I can’t recall ever scoping against FX… they always have time to be adding more stuff. Our FX folks submitted their own long list of things they wanted to work on because there wasn’t enough for them to do. Now, you can’t take the FX team and ask them to add pools to the game. They don’t have the work skills to do it; neither do I. Pools, toddlers… they’re extremely complex features that require months of man hours of work across multiple disciplines and introduce significant risk. If we were to have added one of those to the game, there would have been two choices for us… cut many small features, or cut one other significantly large feature. And again, it isn’t equivalent - you can’t just cut a large feature and expect it to line up; you have to cut enough to get all the numbers for each discipline in the green, which means cutting extra to get to the point where the hardest hit discpline has enough time to do their necessary work for it. Now you’ve created free time for other disciplines who previously had work, but are left twiddling their thumbs… so you need to find work for them to do that only impacts the areas that you have time to spend in. If you look at one weird aspect of the game and wonder why it took priority over something that seemed important to you, it’s entirely possible it was something that the right people had time to work on without disrupting the busy people. Game development is a constant puzzle where you’re matching headcount and skill sets against features, schedule, and budget, and you’re trying to make everything fit just right with as few gaps as possible. Unfortunately time isn’t like money; you can’t go into debt on time and pay it back later." —Graham Nardone, July 2, 2014 | Image

As a result, all of the plans and good intentions The Sims 4 Team had went out the window and the game was stripped bare of even some of the most basic of features — like pools and toddlers.  As Trevor Lindsey recently tweeted there is no such thing as “completion percentage” the game is done when it’s shipped.  And in this case The Sims 4 is shipping without the following features:

Features Removed or Not Included

Suspected but not confirmed (Sim Gurus will not answer the many Simmers who have asked.)

The community was not happy — to put it mildly — about finding out The Sims 4 would not ship with pools or toddlers.  From parody videos, polls, petitions on the forums, comics, heartfelt posts, a petition on change.org with upwards of 15,000 signatures in little over a week and dozens of articles written about it from IGN to Kotaku.  A big deal was made.

Nothing.  Rich Hilleman decided long ago that people lie and those who complain the loudest are EA’s biggest customers.  EA equates outrage and customer complaints with sales so there’s no incentive for them to spend the money needed to put out a finished product.  They’re betting we’ll buy it anyway.

i know it's not a conventional source but it's very informative and ties up all the drama with sources. a little long but an amazing read