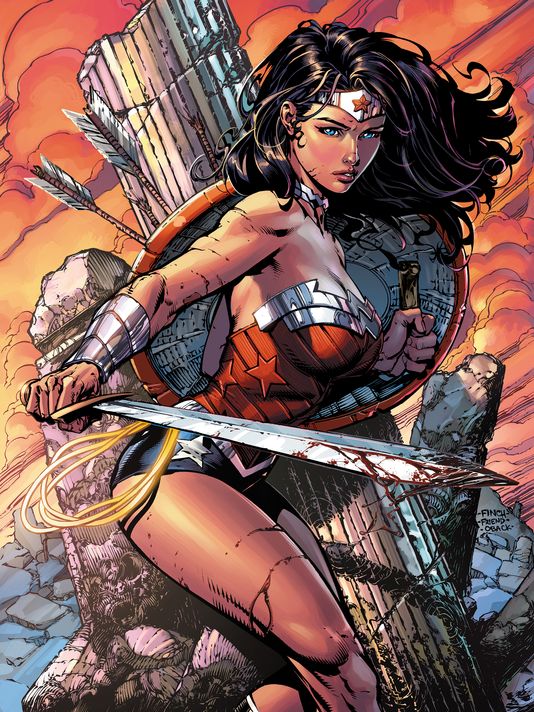 In an interview with Comic Book Resources published Tuesday morning, DC Comics' incoming "Wonder Woman" artist David Finch, responding to a question on his and new series writer Meredith Finch's favorite aspects of the Wonder Woman mythology, stated that he did not want to use the term "feminist" in regards to the character.

Really, from where I come from, and we've talked about this a lot, we want to make sure it's a book that treats her as a human being first and foremost, but is also respectful of the fact that she represents something more. We want her to be a strong -- I don't want to say feminist, but a strong character. Beautiful, but strong.

The comment attracted a strong reaction online, with criticism pointed towards David Finch's apparent reluctance to describe Wonder Woman, a character long associated with feminist ideology, as a feminist. Mother Jones reported on the situation, under the headline, "Man Tapped to Draw the New Wonder Woman Doesn't Want Her to Be Feminist."

I wasn't saying Wonder Woman is not for being equal, and therefore a feminist. I just want her to be a human being, fallible and real.

I certainly apologize to anyone who can see how it could be interpreted that way, but it couldn't be further from my heart.

CBR News reached out to Finch and DC for further comment on the matter. Meredith and David Finch's run on "Wonder Woman" is scheduled to start with issue #36 in November.