She's known as a serious artist with a string of critically acclaimed hit songs.

But when Sia Furler arrived to Jimmy Kimmel Live on Wednesday she appeared to be in a more playful mood.

The 38-year-old wore brightly coloured clown face paint with a figure hugging bodysuit as she appeared to be in a joyful mood on the Los Angeles set of the late night show. 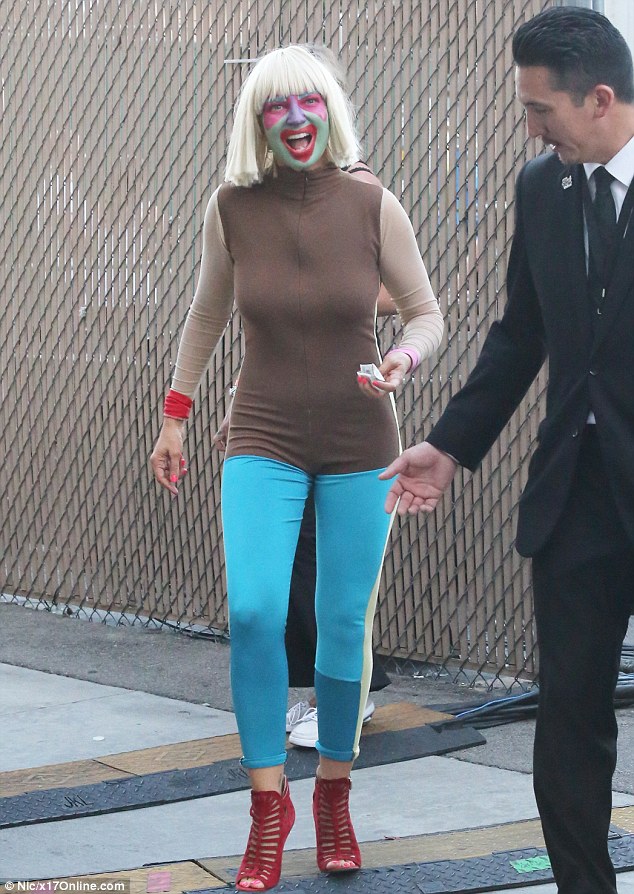 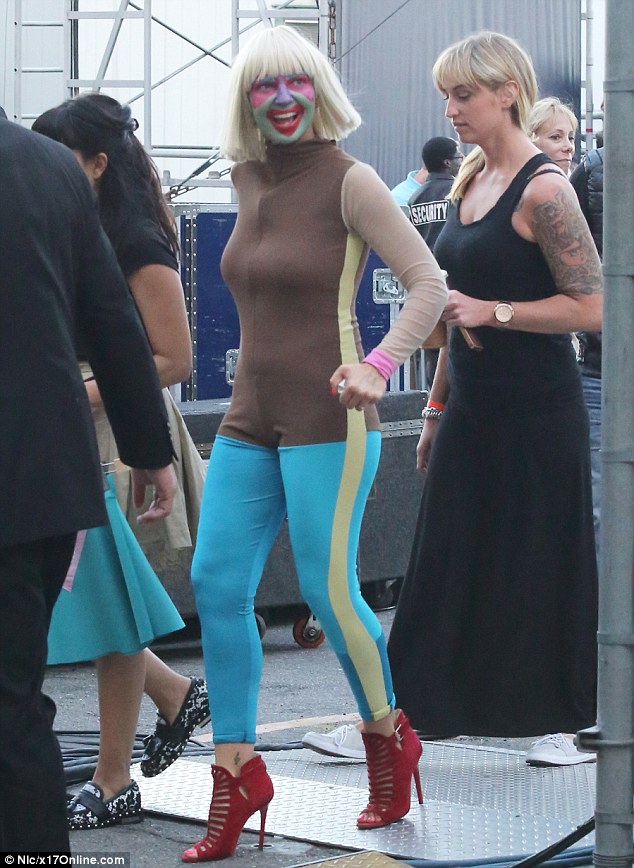 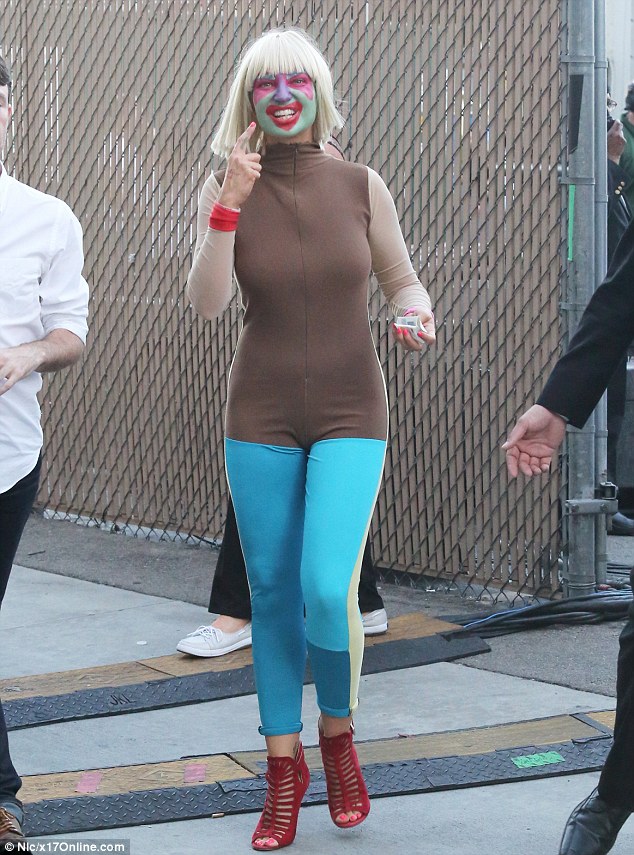 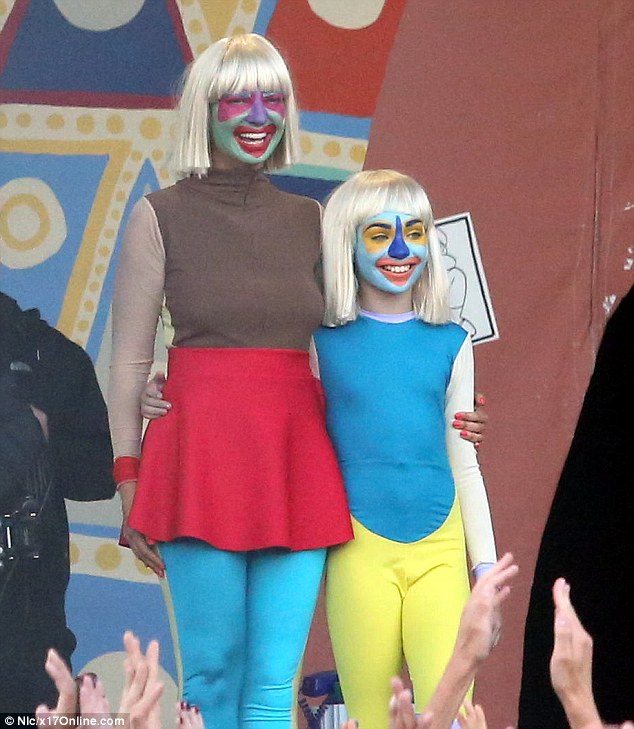