Shia LaBeouf Reportedly Dragged Out of Cabaret in Handcuffs by Police 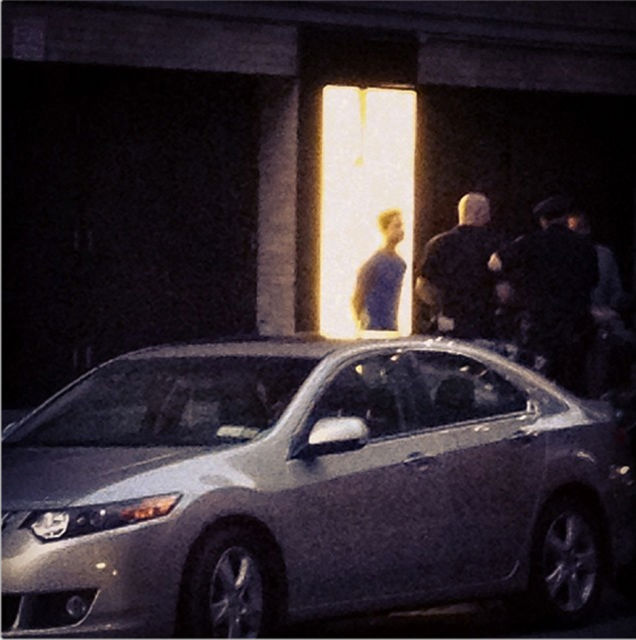 Broadway World is reporting that Shia LaBeouf was hauled out of a production of Cabaret during intermission by police in handcuffs. He was reportedly "being disruptive" during the first act.

Cast member Danny Burstein apparently posted to his Facebook, "Ladies and gentlemen, this is your places call for Act II. Also, to let you know, Shia LaBeouf has just been escorted from the building in handcuffs."

Just saw Shia LaBeouf in handcuffs in tears surrounded by 6 police officers outside of CABARET the musical. Oh New York, u is a crazy bitch

NOW: CONFIRMED: Shia LaBeouf is in NYPD custody after being escorted out of CABARET the musical. He is being questioned, police tell me

NEW: Actor Shia LaBeouf escorted in handcuffs by police from a NYC theater for allegedly smoking inside, being disruptive - @AaronKatersky

Update 10:58 p.m.: Per ABC's Aaron Katersky, LaBeouf was charged by police with criminal trespass and two counts of disorderly conduct, and apparently threatened police and other guests as the show. And according to Page Six, he allegedly told police officers at the Midtown precinct, "Fuck you. I'll fuck you up."

hmmmmm i guess he wasn't a fan of the white michelle williams as sally bowles?