Sean Lennon: “I Was Terrified Of Being Kidnapped.” 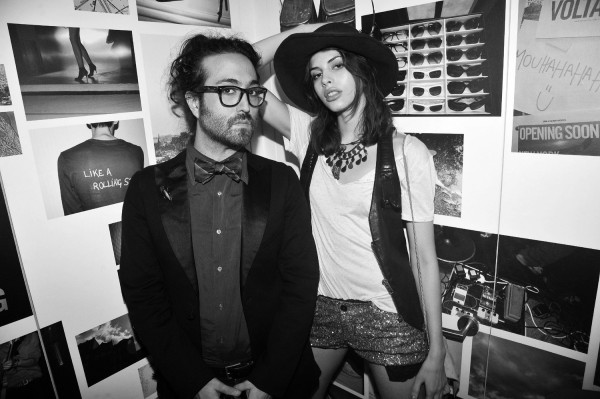 Entertaining MOJO in central London, Lennon and Kemp Muhl stress their artistic relationship has few parallels to John and Yoko’s controversial union as man and woman, musicians and philosophers. “They didn’t collaborate,” points out Lennon. “My mum refused to write with my dad, even though I think he wanted to.” Lennon tackles the subject on Midnight Sun, the second album by The Ghost Of A Saber Tooth Tiger, the neo-psych folk-rock duo he formed in 2009 with multi-instrumentalist and girlfriend Charlotte Kemp Muhl. The track Poor Paul Getty relives the tale of the titular American oil heir who in 1973 was kidnapped in Rome and subsequently had his ear cut off by his captors. “It was the bogey-man story,” says Lennon. “The song isn’t jokey at all.”

“They inspired each other but were fiercely independent,” adds Kemp Muhl. “[Sean] and I are more counterpoints to each other. Very few empowered couples work together as peers.”

In our exclusive interview, Lennon also discusses his complex working relationship with mum Yoko Ono (whose last two albums he produced), his interest in West Coast ’70s psychedelic guru Father Yod and gradually emerging from his father’s lengthy shadow. “Being John’s boy was very intimidating,” he admits. “It’s taken me longer than other people to feel comfortable in my own shoes… and Char[lotte] has been a big part of that.”

Read the full interview in the new issue of MOJO.