Someone Asked Richard Armitage About Those Rumors (And "The Crucible")

Richard Armitage, interview: 'I think I'm quite a frightening person'

The star of The Hobbit is taking on The Crucible at the Old Vic. 'It's a big mountain to climb,' he tells Chris Harvey 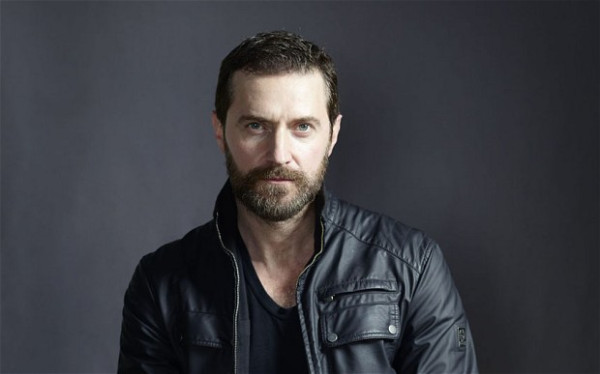 Richard Armitage arrives in the tiny, cluttered stage manager’s office of The Old Vic straight from rehearsals for Arthur Miller’s The Crucible. He’s bearded and dressed in thick shapeless trousers, heavy boots, and a rough collarless cotton shirt open at the neck to reveal a broad chest. He’s a tall and imposing physical presence. Anyone who knew the 42 year-old only as the dwarf Thorin Oakenshield in The Hobbit films might have quite a shock. Television viewers who associate him with double agent Lucas North in Spooks, nasty Guy of Gisborne in Robin Hood, or the character based on SAS man Andy McNab in Sky One’s Strike Back would know different.


This role is a departure. Armitage is to play the tormented John Proctor in the playwright’s terrifying account of the 17th century Salem witch trials, in which Proctor’s adulterous relationship with a young woman sparks a vengeful chain of events that leads to the deaths of many.
He says he feels like he has been waiting for it all his life. (lol he says this about all his roles) “It’s such an epic role. It feels as big as Lear to me in terms of what that man goes through.” 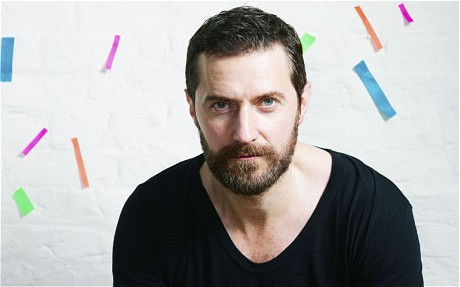 The Crucible is an unfolding nightmare of accusatory spite that is seen as an allegory of the anti-Communist witch trials in Hollywood in the 1950s. Can it escape that allegory and find another, I ask him.

“It’s ultimately a timeless play, I think,” says Armitage. “It has lines that feel relevant in 1692, relevant in the Fifties, relevant today and relevant tomorrow, in 10 years, in 20 years, while we’re still destroying each other in the way that we do, in that insidious human way.”

He promises that acclaimed director Yael Farber’s production will be a full-blooded affair. “You can’t play this story without addressing sexuality in this particular society in this time, the masculinity of the men, the femininity of the women, the vulnerability of prepubescent girls. Yael is cooking something which at the moment feels like it’s - and should be - too hot to handle.”

Armitage is a noticeably calm presence but he talks with passion. I ask him how it feels to be facing The Crucible’s agonising climax over and over for the next couple of months. “It’s a big mountain to climb every night,” he says. “There’s a shattering of the character, and almost a reassembling of him towards the end.

“I leave the rehearsal room – and I carry him with me, I carry his thoughts, I dream his dreams a little bit.”

It’s a role that many non-theatre goers associate with Daniel Day-Lewis’s portrayal of Proctor in the 1996 film. How does Armitage feel to be up against that performance?

“I remember seeing the film at the time. And I think there are some monumental performances in it. But I think there’s something about witnessing this play in the round - the theatre is a sort of bowl shape like a crucible - with the audience observing themselves across the room at times, that is the most exciting aspect of this.”

Day-Lewis prepared for the role by building his character’s house himself with 17th-century tools. When he was in Spooks, Armitage famously gained first-hand experience of waterboarding in preparation for a torture scene. He says this sort of understanding is essential to his approach to acting. 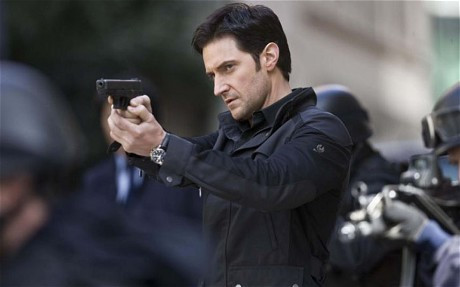 “There’s a fascination from the actor’s point of view of, if I don’t experience that, have I fully understood the character? You know to an extent Method acting feels occasionally lazy. I was in a stress position today before we worked, which enabled me to play the scene [we were doing] without having to do any acting. I had lost the feeling in my feet. It’s not like I’m pretending I can’t walk. That’s the difference, and that was the thing with the waterboarding. I wanted to experience it for a millisecond so that I could know exactly what it felt like.”

For all its physical extremities, though, it’s a very different role to the tough guys that Armitage has expressed a desire to escape from. “It fills me with dismay sometimes when you look at the scripts that do come to you, that are primarily focused on violence. There are so many other things to play around with.”

His career, he says, has been “a slow climb. I started late, and it’s taken 20 years”. He joined a circus in Budapest straight out of his school in Coventry – he grew up in the Midlands - to get his equity card. He says he can still vividly remember the smell of the elephants and being permanently hungry from his circus days. He then worked in musical theatre before going to drama school in London and joining the RSC. But he says his experience of trying to win bigger roles convinced him to alter course. “You fight for certain roles and you realise they’re being filled by television and film actors, because theatre is constantly fighting for survival and they need names and faces and ticket sales. So I remember actively making the decision, ‘I’ve gotta go and make a name for myself, in television or film, so that I can then go back and do those theatre roles that I want.’ But then you lose track of it, because it rolls and rolls.” 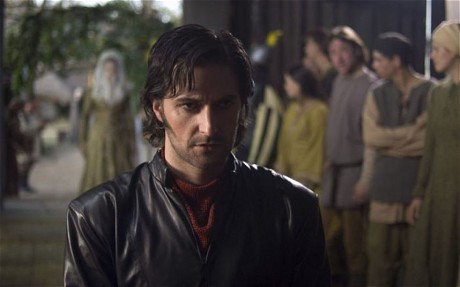 His career in television has been assisted by the fact that women find him sexy. “I still don’t get it,” he admits. He traces it back to when he played mill owner John Thornton in the BBC’s 2004 adaptation of Elizabeth Gaskell’s North and South. That initial attraction has sustained itself over the years to the point that a quick scan of YouTube will reveal any number of montages of him in various roles, semi-naked or glowering to camera, set to overpowering love ballads.

“I haven’t seen any of them but I’ll take your word for it,” he says. “I’m so backwards with all that. I know what Twitter is, I don’t use it, I don’t use Facebook, so luckily it does zero to my ego.”

His unwillingness to share his private life with the press has led to rumours about his sexuality. I ask him if, in the era of tabloid witch hunts, those in the public eye live with a fear that one day they’ll wake up to find that they’ve become the story, and whether this means having to censor parts of his character in public all the time.

“I think if you’ve got stuff to hide, there’s a level of stress that people live with. I think I read somewhere that someone said I was fiercely protective of my private life, and I thought well, there’s nothing fierce about protecting a private life. I think it’s worth protecting – for everybody, not just high-profile people.”

Does he feel protective of his sexuality? “No, I don’t feel protective about that. I just feel that it’s not relevant to what I’m presenting in terms of my art form. Anything else, any other talk, chatter, rumours, discussion, diverts from the discussion of the art form, and that’s always been my primary focus.”

In the past, he has described himself as a shy person. “Not any more,” he says forcefully. “I mean… if I’m very, very honest, I’m a big guy, I think I’m at times quite a frightening person.”

“I think I’m quite uncompromising. I can’t bear bulls---. And in a way the shyness is me protecting other people from that. I can feel that there’s an intimidation that can happen if I own my full height, and speak at my full volume. So I’ve learned over the years to just tone it all down a bit.”

He admits that being in The Hobbit does have an effect on an acting career. “Having a box office figure next to your name is unbelievably important when it comes to certain castings. But I don’t think it would have made a difference coming to the Crucible.”

And after 13 years of concentrating on film and television, returning to the stage is a very big deal for him. “That’s why it’s interesting coming back now and getting into a rehearsal room and going: ‘This is why I did it. I’d forgotten.’ I’m having a really amazing epiphany doing this, and I think I’ll be a different actor when I come out of it.”

The Crucible is at the Old Vic, London until 13 Sept. oldvictheatre.com

I want to go see his play. Early reviews have been positive, but I heard it's four hours long??? Wtf???