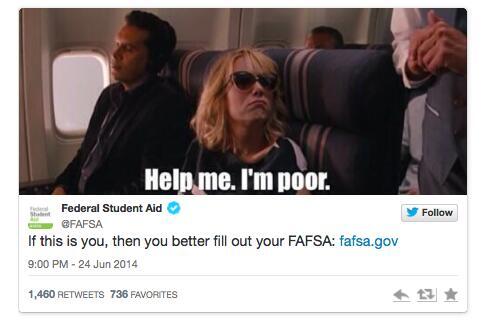 Along with deleting your tweet, you need to apologize to those that you offended that use this tool to try and better themselves @FAFSA.

Being a broke college student funny to y’all? My tens of thousands of dollars in debt so I could get an education a joke? @FAFSA