Jennifer Lopez: 'Selena Gomez could play me in a movie.' 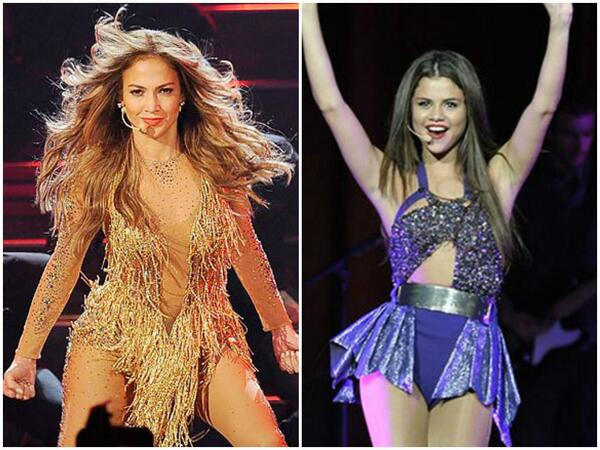 If anyone ever makes a film of Jennifer Lopez's life, there's only one person Jenny from the block would cast. "I would want Selena Gomez to play me in a movie. She is a cutie," Lopez said.
It's not the first time the two Latinas have been compared. Jason Evigan, producer of Gomez's #1 album "Stars Dance," told MTV last year that he expected the album to take Gomez to a new level and added, "I kind of feel she's going to be like a new JLo kind of thing."
"Save the Day," the Latin pop track on "Stars Dance," was originally meant for Lopez. And Gomez was named for the late Tejano singer whom JLo, 44, portrayed in the 1997 biopic "Selena."
Gomez, 21, has been hoping to land more challenging roles. "Acting is something I would like to take on more seriously," she told Teen Vogue. "I don't necessarily feel accomplished. I want to create a whole different persona when it comes to acting."
Source
Tags: jennifer lopez, selena gomez
Subscribe