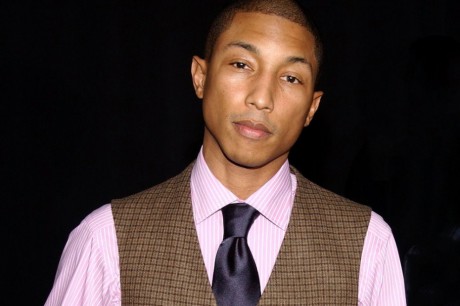 Pharrell Williams has revealed that he would be open to collaborating and singing with the One Direction lads for their new album.

The Happy star really is the man of the moment and everyone that’s anyone in the music industry is keen to work with the hat wearing singer. He’s in the charts with another collaboration at the moment and Sing by Ed Sheeran and Williams has already proved to be one of the big hits of the summer.
We think then that 1D should bite his hand off after hearing that he would considering performing and recording with them this year. It’s not often you get an offer like that.
Speaking to The Sun at the Capital FM Summertime Ball Pharrell was asked if he would consider appearing on a new track with the X Factor stars. He said:
“Why not? Of course…but I suppose they already have five voices – I don’t know if they need an extra one.” 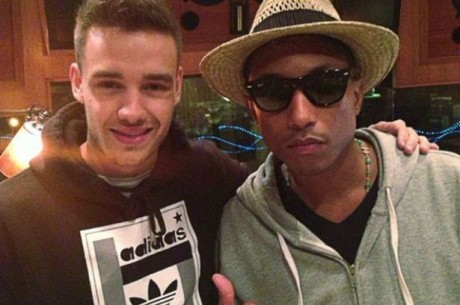 Pharrell has already met with Liam Payne and he did a bit of jamming with the Wolverhampton lad earlier in the year. Payne is one of the main songwriting forces in One Direction currently and is keen to write the bulk of their fourth album, along with his bandmate Louis Tomlinson.
Williams says the process has made him very ‘curious’ about how other musicians approach their compositions and he added: 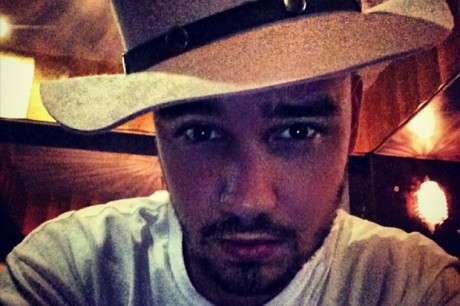 “Liam stopped by my studio. I think he’s just genuinely curious about music. We have that in common. He’s always wanting to see what’s new and what’s next.”
One Direction’s fourth album is due to drop later this year just after the boys finish their Where We Are stadium tour and before they begin their On The Road Again shows in 2015.
The band are enjoying a day off today and will return to the stage in Amsterdam tomorrow for the latest of their European shows.