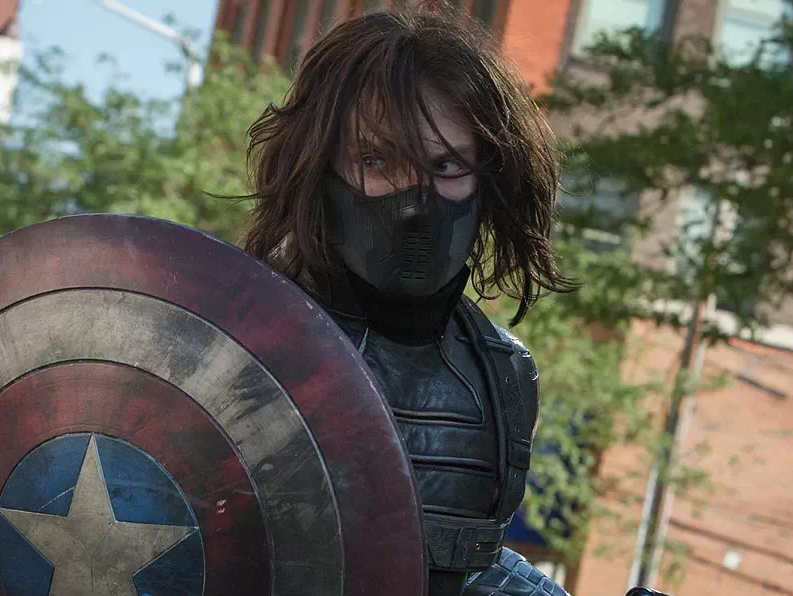 Sebastian Stan has emphatically stated he would love to pick up Captain America's iconic shield if Chris Evans ever departed the role.

Stan has starred in the first two 'Captain America' films as Caps' friend Bucky Barnes and cybernetic assassin The Winter Soldier, who he is turned into in between the two movies.

The actor made his comments during a Q&A at this weekend's Wizard World Philadelphia Comic Con.

Asked by a fan whether he'd want to become Captain America, Stan said: "Yes! Yeah, I'll do it right now.

"Look, it's not up to me," he quickly added. "I'm just showing up when they're calling me. I mean that's it. But I wouldn't mind a little Black Widow/Winter Soldier story happening."

Stan, as the Winter Soldier is sure to be a feature of 'Captain America 3' in 2016 but him taking over from Evans is unlikely to happen any time soon with the current star-spangled man contracted until 'Avengers 3'.

In the comics Bucky Barnes does take over the iconic mantle following the death of Steve Rogers.

SOURCE
These two were some of most the sweetest people I ever met and I'll forever be grateful for the amazing photo op picture I had with them arm holding and all (I know I posted it in a comment yesterday but this photo has been the highlight of my week so I don't care right now lol).

captainmarvel
June 23rd, 2014, 11:51 pm
Actually, he brought up the jeans thing himself. The fan just handed him the picture of him playing tennis to sign lol.

amber_protocol
June 24th, 2014, 12:18 am
omg I love it even more now. That he knows those jeans were so terrible he couldn't help commenting on it unprompted. XD