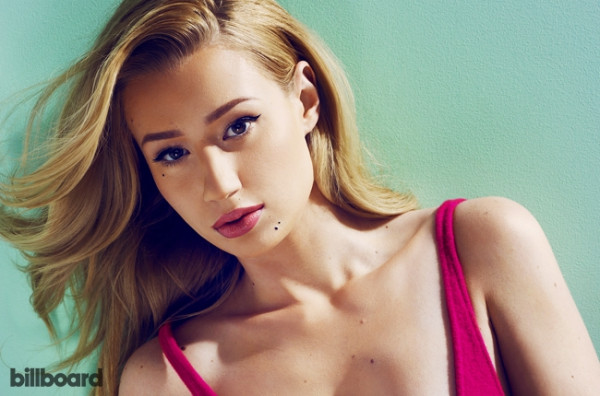 The Australian rapper rules again with "Fancy," while staying at No. 2 as featured on Ariana Grande's "Problem." Plus, Korean rap star PSY returns with Snoop Dogg on "Hangover"

Iggy Azalea spends a fourth week at No. 1 on the Billboard Hot 100 with "Fancy," featuring Charli XCX, and holds at No. 2 as a featured act on Ariana Grande's "Problem." "Fancy" also takes over atop the Radio Songs chart. Meanwhile, PSY returns with "Hangover," featuring Snoop Dogg, at No. 26.

As we do each Wednesday, let's look at the numbers behind the chart's top 10 and more.

"Fancy" continues its Hot 100 command aided by its coronation on Radio Songs (2-1). The track surges by 7 percent to 145 million in all-format audience, according to Nielsen BDS. Azalea becomes the first female rapper to lead the list since Shawnna topped the Dec. 6, 2003, tally as featured on Ludacris' "Stand Up." Azalea is the firstlead female artist to rule Radio Songs since Lil' Kim's "Magic Stick," featuring 50 Cent, reigned the week of July 5, 2003. The only other Radio Songs No. 1s by female rappers: Eve's "Let Me Blow Ya Mind," featuring Gwen Stefani (four weeks, 2001) and Lil' Kim's "Lady Marmalade," with Christina Aguilera, Mya and P!nk (six weeks, 2001).

As it tops Radio Songs, "Fancy" registers drops in sales and streaming for a third week. It leads Digital Songs for a fourth week but decreases by 14 percent to 226,000 downloads sold in the tracking week ending on June 15, according to Nielsen SoundScan. It logs a fifth week at No. 1 on Streaming Songs, down by 2 percent to 12.2 million U.S. streams, according to BDS. 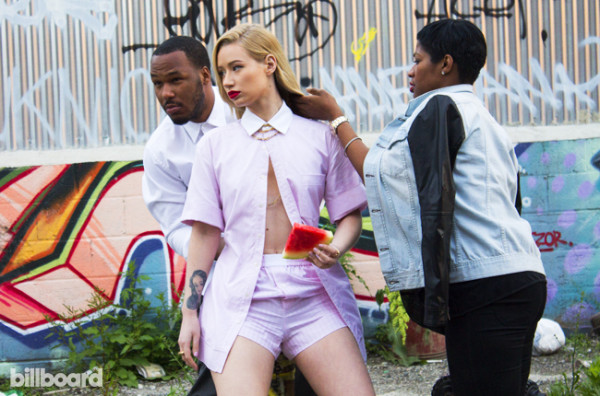 With "Fancy" and "Problem" down by 5 and 6 percent, respectively, in overall Hot 100 points, the former claims 17 percent more points than the latter. "Fancy" had won by 15 percent the previous two weeks.

"Fancy" leads the sales/airplay/streaming-based Hot R&B/Hip-Hop Songs and Hot Rap Songs charts for a fourth and ninth week, respectively, while topping theSongs of the Summer ranking for a third week.

DJ Snake and Lil Jon's "Turn Down for What" slide to No. 6 on the Hot 100 from its No. 4 peak and leads the Hot Dance/Electronic Songs chart for a 12th week.

Below the Hot 100's top 10, Korean rapper PSY scores the chart's top debut with "Hangover," featuring Snoop Dogg, at No. 26. The track starts with 90 percent of its chart points from streaming, entering Streaming Songs at No. 4 with 7.3 million U.S. streams (97 percent of which are from Vevo on YouTube video views). Sales account for nearly all of its other Hot 100 points (16,000 first-week downloads sold). In PSY's two prior Hot 100 visits, he reached No. 2 with "Gangnam Style" in 2012 and No. 5 with "Gentleman" last year. The official video for "Style" has drawn more than 2 billion worldwide YouTube views, ranking as the site's most-watched clip all-time (after passing Justin Bieber's "Baby").