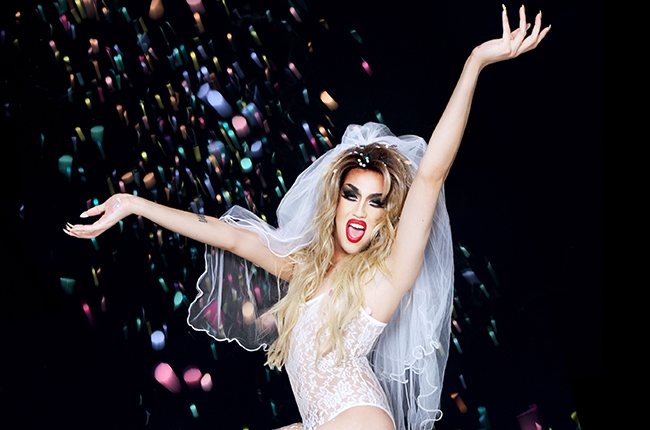 The "RuPaul's Drag Race" contestant sees his "Till Death Do Us Party" album log the biggest sales week of any "Drag Race" competitor, as the set debuts with 5,000 copies sold in the week ending June 8, according to Nielsen SoundScan.

While not every contestant of "Drag Race" is also a musician, a fair number of them have released commercially-available songs and albums -- including all seven of the shows winners (six regular season champs, plus an "All Stars" winner). Previously, the biggest sales week for a single or album by a "Drag" competitor was in 2013, when Willam's "Boy Is A Bottom" song debuted with just over 3,000 downloads sold.

Delano also debuts on the Hot Dance/Electronic Songs chart with "I Adore U," popping on at No. 49. It sold 4,000 downloads in its first week (ending June 8) and additionally bows at No. 34 on Dance/Electronic Digital Songs.

Here's a look at all of the show's contestants that have notched a Billboard hit:

Where are you messy stans who swore Adore was gonna debut Top 10 on Billboard? HmmmT...