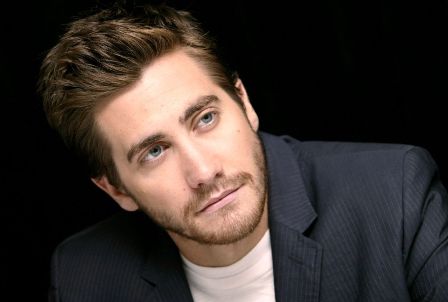 The actor will reteam with playwright Nick Payne and director Michael Longhurst, with whom he collaborated on the American premiere of Payne's "If There Is I Haven't Found It Yet."

NEW YORK – Jake Gyllenhaal will make his Broadway debut this winter in British playwright Nick Payne's acclaimed experimental drama Constellations, which explores the potential of love, friendship and free will against a background of quantum physics.

The play reunites Gyllenhaal with director Michael Longhurst and Payne. The Oscar-nominated actor starred off-Broadway in 2012 in the playwright's If There Is I Haven't Found It Yet, earning strong reviews for his New York stage debut.

Constellations premiered in 2012 at London's Royal Court Theatre, with Sally Hawkins and Rafe Spall in the cast. It subsequently transferred to the West End, winning the Evening Standard Award for best play.

While the basic premise of the play is as simple as boy meets girl, that first-encounter scenario is played out in multiple variations between the two characters, a beekeeper and a physicist.

Writing in The New York Times, Ben Brantley described the play as "about the limitlessness of physics and the enclosing limitations of human existence." He added: "Constellations is a superb play that gets into your head and under your skin with an immediacy that sometimes tickles and often hurts."

Casting of the actress to play opposite Gyllenhaal, as well as the creative team, are yet to be announced.

The play's American premiere is a joint presentation of Manhattan Theatre Club and the Royal Court Theatre, by special arrangement with Ambassador Theatre Group and Dodger Properties. It begins previews on Dec. 16 at MTC's Samuel J. Friedman Theatre, with opening night set for Jan. 13, 2015.