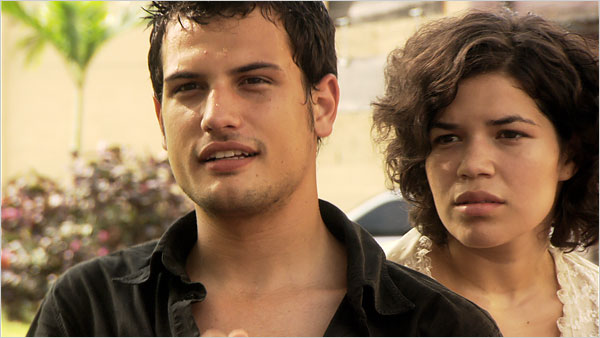 Hollywood has a new favorite filmgoer, and they’re going to change the whole industry. On Sunday at the Produced By Conference in Los Angeles, a panel of cinema experts declared that Hispanic audiences are their new key demographic. “Hispanic audiences are far and away the most important consumers at our cinemas,” said John Fithian, head of the National Association of Theatre Owners, according to a recap of the event on Deadline.


If this statement comes as a surprise, it’s because so few mainstream films are directly aimed at Hispanic audiences. That hasn’t diminished their enthusiasm for Hollywood movies: According to statistics presented at the panel by Univision’s Peter Filaci, Hispanics represent 17.5 percent of the population, but contribute 19 percent of U.S. box office revenue. They also see an average of six movies a year, while other groups see an average of four. Compared to other ethnicities, Hispanic audiences reportedly attend more opening weekends, drop more cash at the concession stand, and rent more films on DVD and Blu-Ray. According to video shown at the presentation, the growing Hispanic audience represents “the biggest game changer since the baby boom.”

Hollywood began catering to Hispanic audiences after a marketing report was released in 2011, citing similar statistics. It wasn’t until 2013, however, that filmmakers begin to grasp what kind of difference this could make. Fast & Furious 6, the ninth highest-grossing film of 2013, owed a huge amount of its box office success to Hispanic audiences (yes, because every hispanic WANTS to see F&F in theatres. Yes, perfect. Give us more of this film because it obviously relates to all of us), as did Gravity (no. 6 on that list and a best picture nominee). Both movies were marketed directly to a Latino audience, highlighting Latina actress Michelle Rodriguez and Mexican director Alfonso Cuarón, respectively. And this January saw the release of Paranormal Activity: The Marked Ones, a horror spinoff from the popular franchise with a new Latino cast.

It’s not just mainstream movies that have seen a surge in Hispanic audiences. Last year’s Mexican comedy Instructions Not Included was one of the most successful independent movies of 2013, opening to higher box-office numbers than any other Spanish language film in U.S. history. Television is also paying attention to its increasing number of Hispanic viewers, as anyone following this year’s upfronts might have noticed.

The most exciting possibility, though, is that Hollywood will use these new stats to recognize and employ a more diverse collection of actors and filmmakers. This summer, 90 percent of the movies in theaters will be directed by white men. Only one, Sin City: A Dame to Kill For, has a Latino director (Robert Rodriguez, sharing credit with Frank Miller). Hispanic audiences have turned out en masse for movies that feature the rare Latino star or director. If the movies started to better reflect their audience, just imagine the possibilities (why you no mention Pacific Rim tho???)