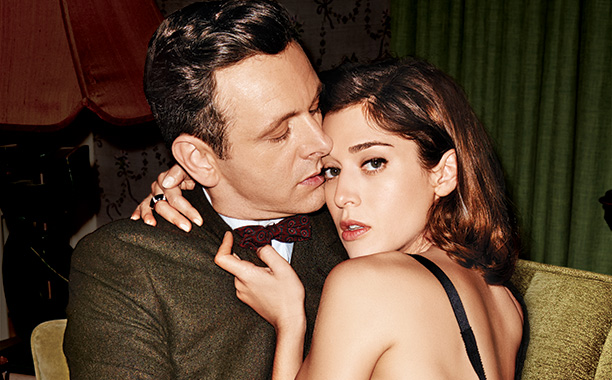 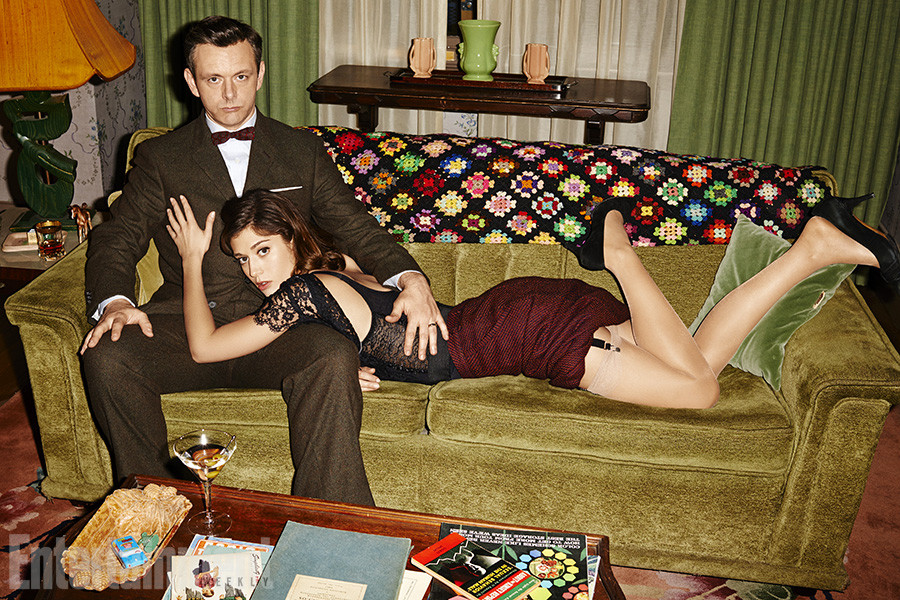 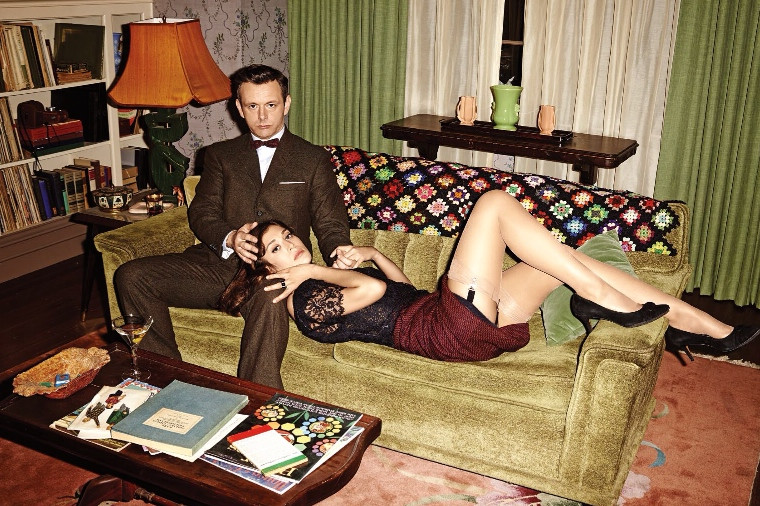 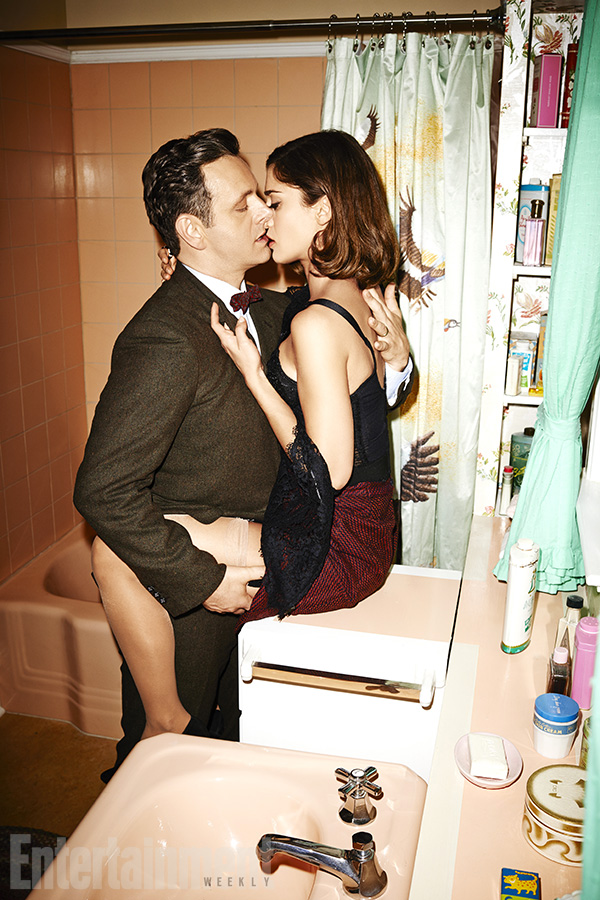 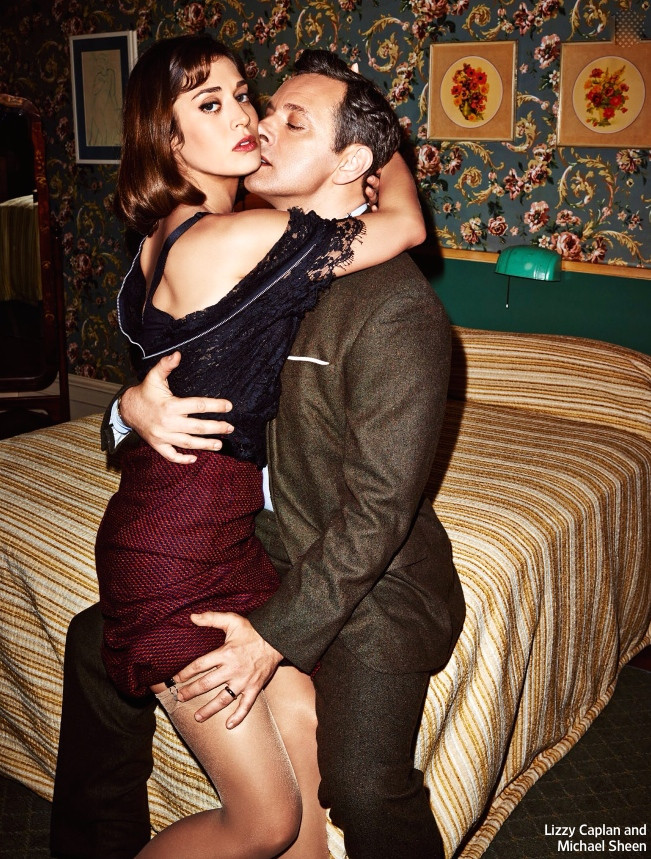 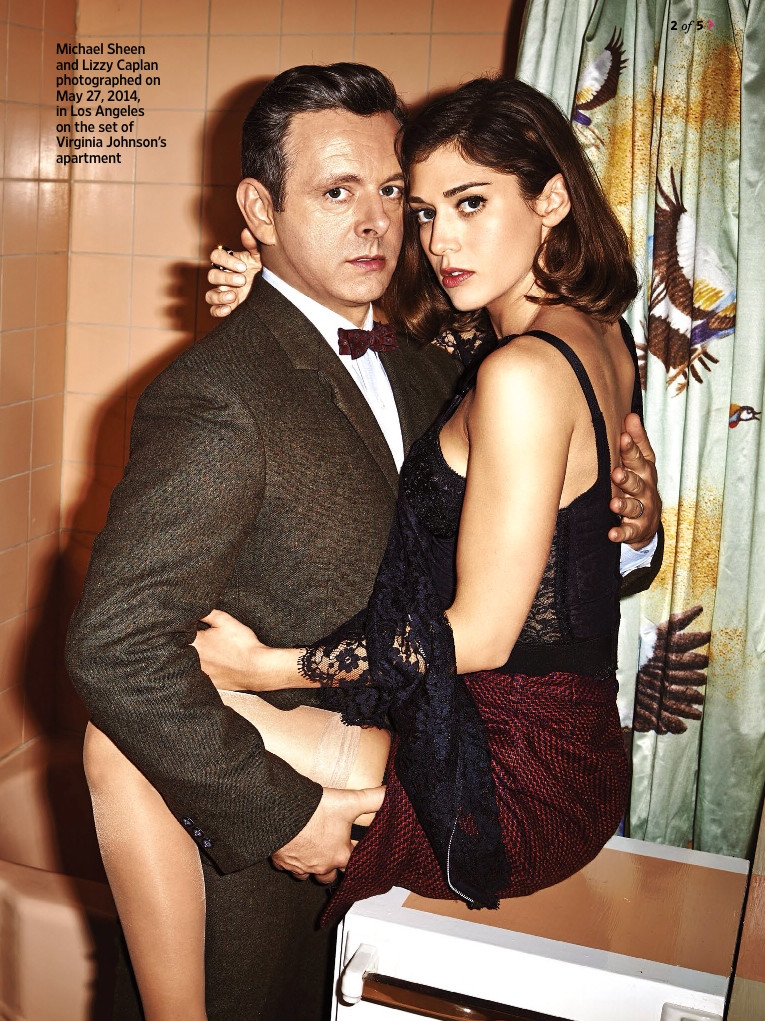 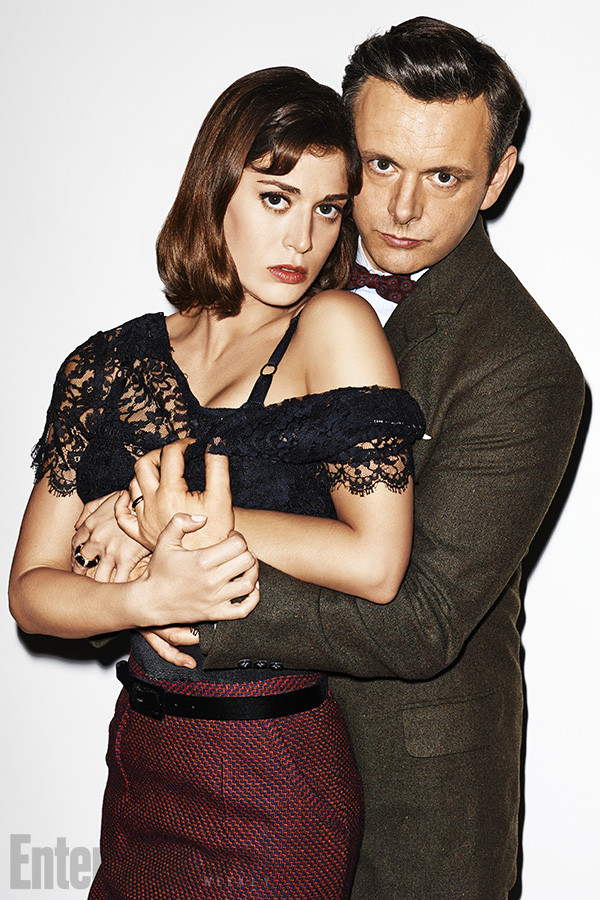 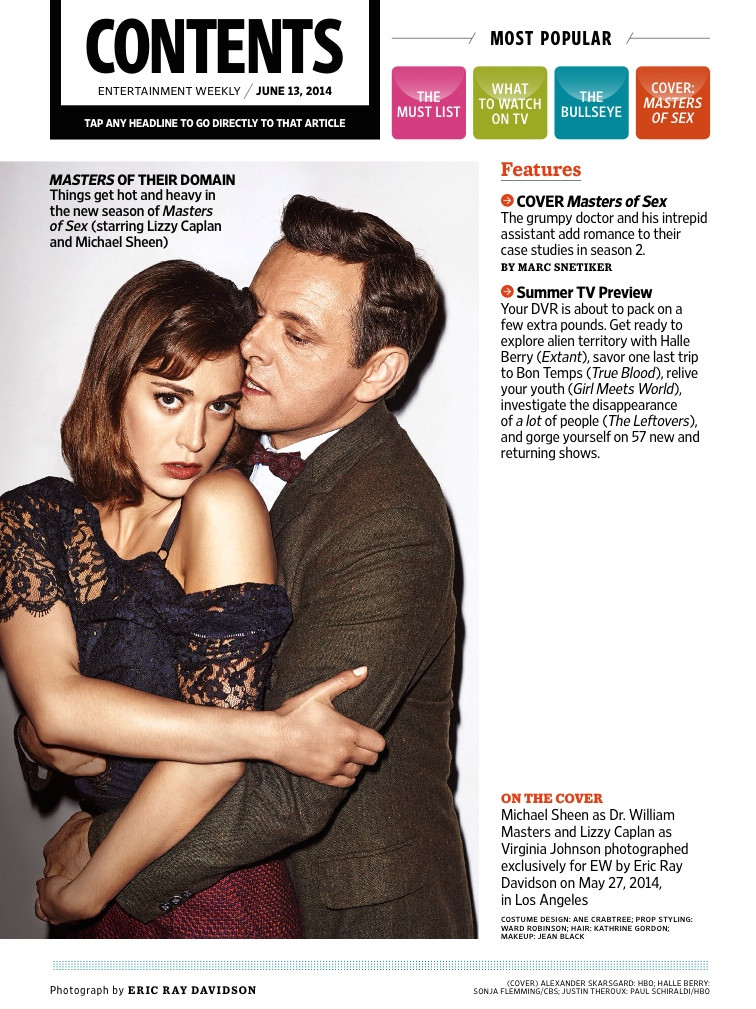 “I only have to work for five months a season, so I can fully immerse myself. It's exhilarating as an actress. I think about if I did have kids or a family or anything else going on in my life, then how difficult it would be to juggle it. But now it's just me and Virginia. She keeps me warm at night.”

"I moved to L.A. 12 years ago and everyone said, ‘Don’t do TV!’ But now magazine covers mostly have TV actors, not movie stars, on them," says Sheen. "Things have really changed."

Dr. William Masters and Virginia Johnson are getting cozier this season.

The Hollywood Reporter's exclusive first look at the key art for season two -- premiering July 13 on Showtime -- teases the sex researchers' progressing affair. The image features a shirtless Masters and make-up-less Johnson lying in bed with their arms wrapped around each other (see below).

The intimate pose is a significant change from the suits and ties worn in last season's marketing campaign (see above), and signals the evolution of Masters and Johnson's relationship from professional work partners to romantic lovers.
Inspired by the magazine covers of the 1950s that used to be wrapped in brown paper bags, the key art debuts the tagline, "Their work is their passion."

The Michael Sheen-Lizzy Caplan starrer follows the story of the real-life sex researchers from their beginnings in a St. Louis hospital to their public debut on the cover of TIME magazine.
Showrunner Michelle Ashford spoke with THR at a Television Academy event in April about the lead couple's evolving relationship: "As we move through history, their lives and their careers change dramatically. Whereas most shows stay the same, it's one of those where it will look really different every year."

In case the title wasn't enough of a hint, the text also points out that Masters of Sex is "Entertainment for adults." 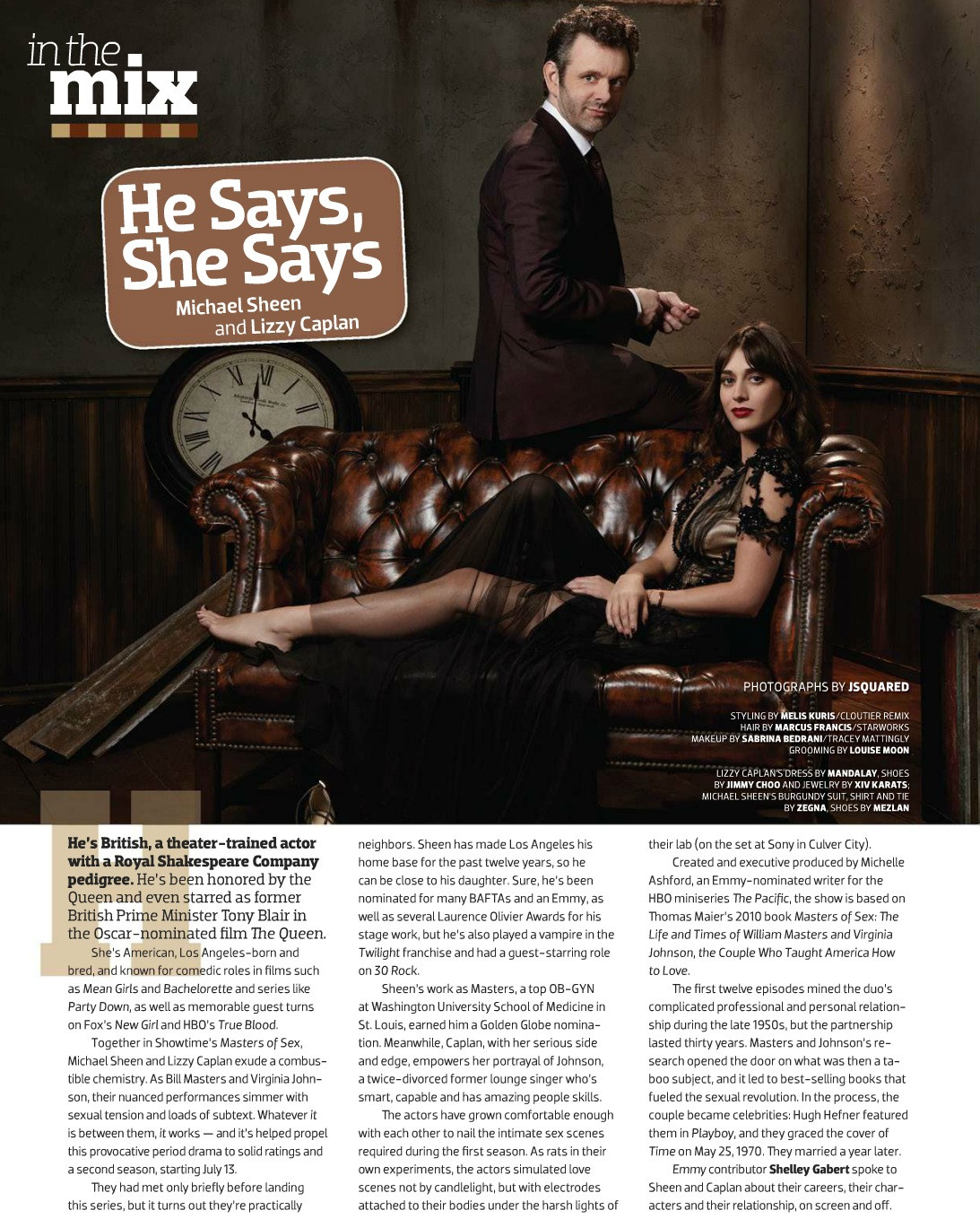 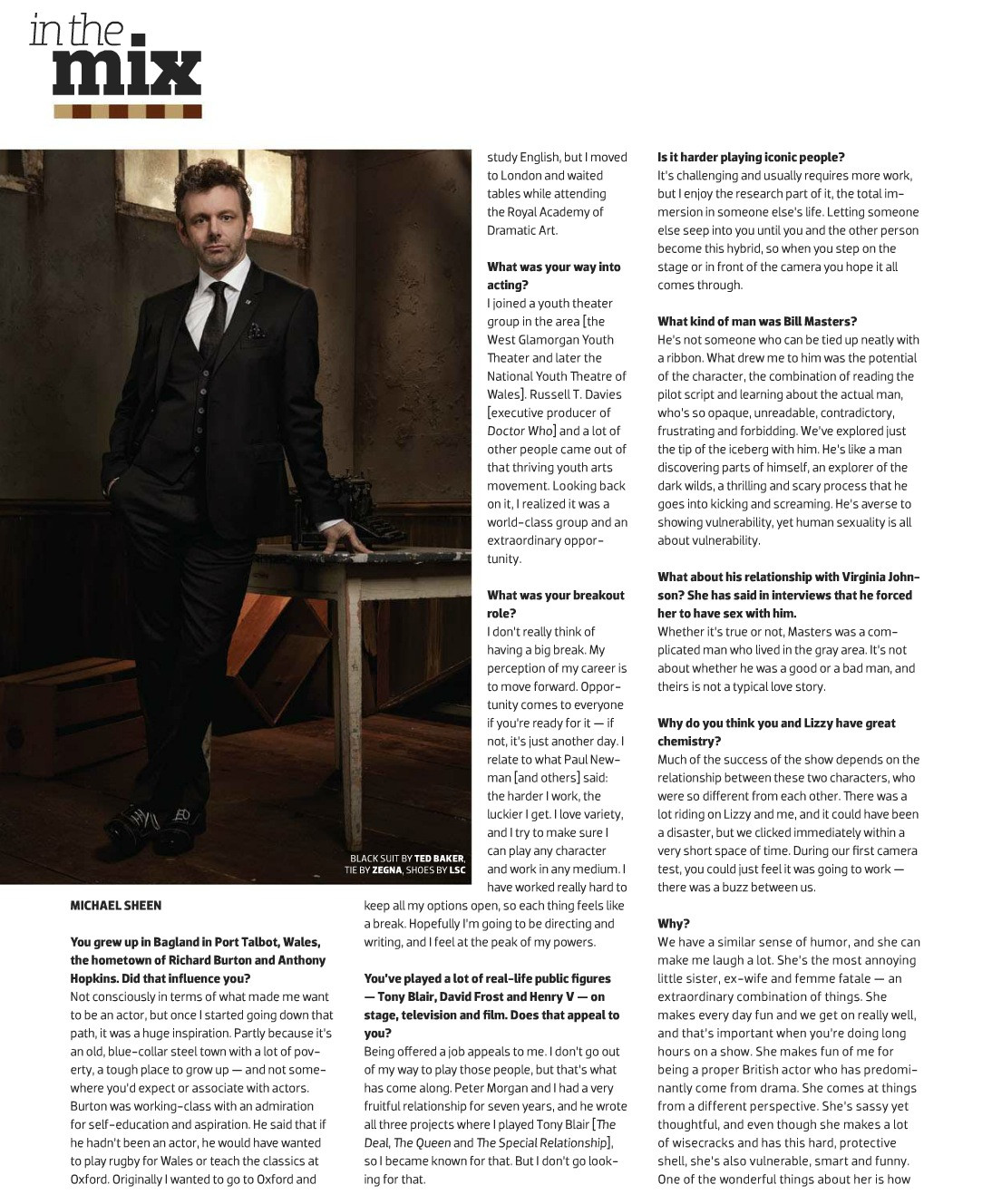 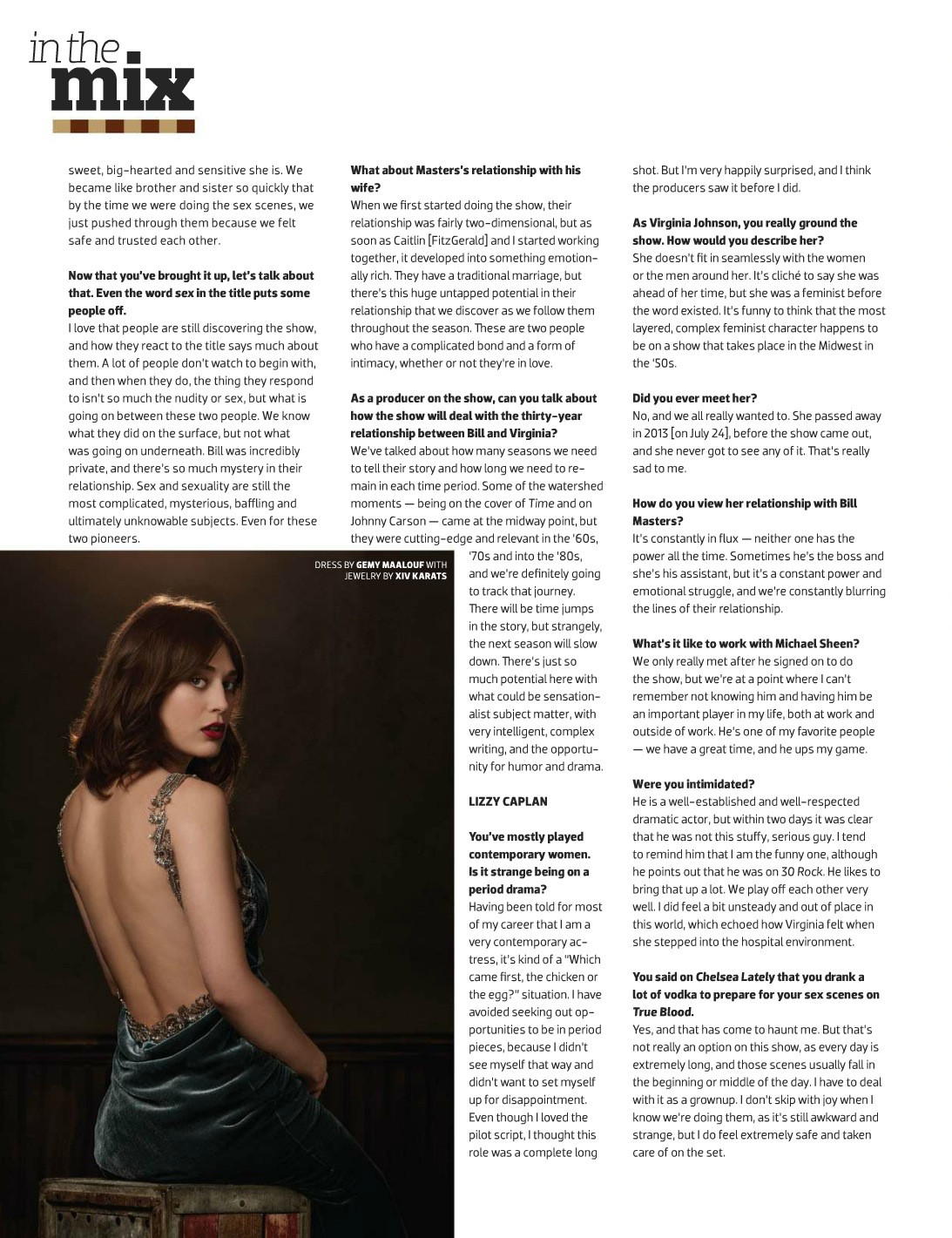 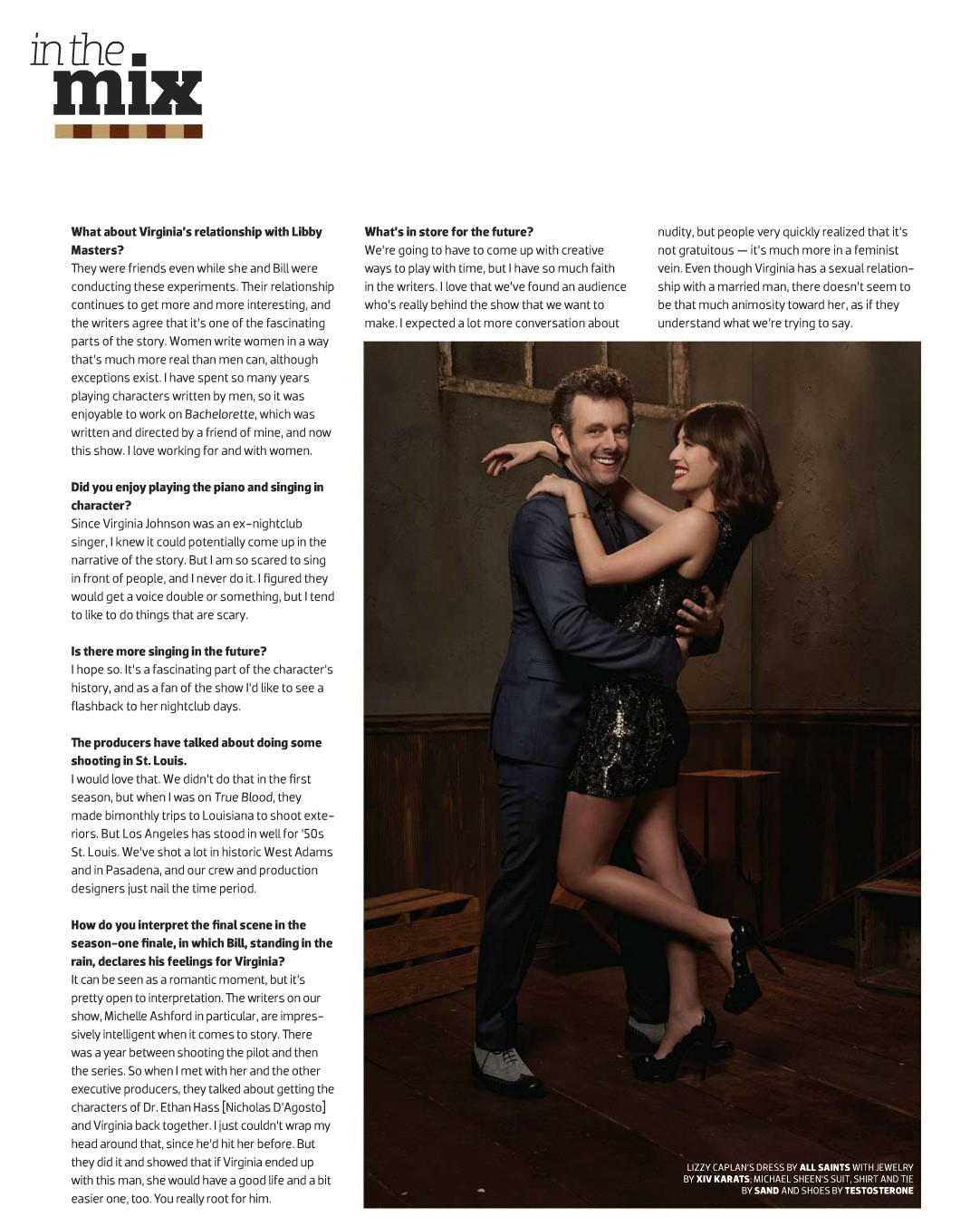 Masters of Sex Season 2: Tease - Is It Worth It?