Fall Out Boy bassist speaks exclusively about the "expansion" of his label, DCD2 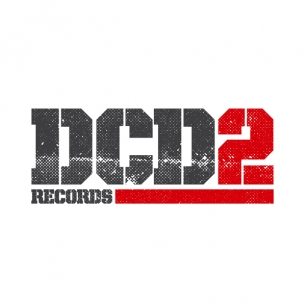 Pete Wentz never considered his Decaydance Records to be a traditional label; he saw it as more of "an apartment building cut in half, so people can see what we're all doing inside." So, naturally, he doesn't consider its relaunch and rebranding as DCD2 to be traditional, either.

"I'm saying it's an 'expansion' of what Decaydance was," he laughs. "We've always tried to do what Jay Z did with Roc-A-Fella, so maybe this is our RocNation. It's going to be home to some of the past Decaydance artists who are still making music, plus a couple of new artists that represent the next logical step forward."

That means DCD2 will relaunch – or expand – with flagship artists Panic! at the Disco, Cobra Starship, Travie McCoy and Fall Out Boy still in the fold. In typical Wentz-ian fashion, the new members of the team have strong ties to the label, too: Lolo, a singer who showed up on Panic!'s 2013 single "Miss Jackson," and New Politics, the Danish rock outfit who have toured with FOB in the past, and will join them on the Monumentour trek this summer.

"One of the things about this label is that the artists are friends; we tour together, work together, have fun together. It's always authentic," Wentz explains. "And when Fall Out Boy took time off, I was thinking of what the next chapter of it would be. And with Lolo, who's got such exciting songs, and New Politics, who I've always wanted to take under my wing, I think we've got it."

Wentz launched Decaydance in 2005, with Panic! at the Disco's breakout A Fever You Can't Sweat Out album, and the label continued its hot streak with subsequent hits by McCoy's Gym Class Heroes and Cobra Starship. It also served as a rather convenient clubhouse for Wentz and his associates, a group that grew to include rapper Tyga – three years before he released "Rack City" – and Florida pop-punk act Hey Monday, fronted by Cassadee Pope, who, four years later, would win The Voice.

Clearly, the ear for talent was there; the sense of timing was not. So, when Wentz talks about "expansion," this time, he means gradually.

"I'm stoked on Tyga, and everything he did with Young Money, and I'm stoked for Cassadee winning The Voice. But in regards to both of them, sometimes I think we were like Michael J. Fox playing guitar with the high school band; we were a little too early," he says. "The goal this time is to focus at the beginning, work with the artists we have, then go from there. Who knows though? I have a hard time focusing on any one kind of music."

The first DCD2 music will come from Lolo, and Wentz teased that there will be "a big announcement from Cobra Starship" coming soon after. It's a fitting way to kickstart the label; something new and something old. Which, turns out, was the plan all along.

"I don't ever want to be the kind of guy who sits there, like, 'Yeah, in high school, I was the star quarterback! C'mon, let's watch old videos!'" Wentz laughs. "I'm really excited about the future, whether it's Fall Out Boy or DCD2. When you quit adapting and starting living in the past, you wither and die. You can pay homage to the past, but at the same time, you've got to always look towards the future."