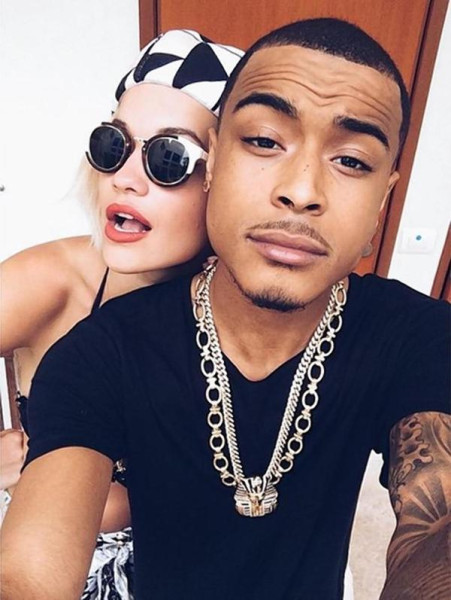 Rita Ora was 50 shades of blue after splitting from Calvin Harris.

Now, the 23-year-old singer-actress is said to have found comfort with Khalil Amir Sharieff -- Justin Bieber's pal, who was nabbed with the pop star in Miami in January on suspicion of driving under the influence and drag racing, reports The Mirror.

Ora posted a photo on Instagram of her posing closely with Sharieff on June 3.

"Me & this sweetheart," she captioned the pic.

The "Fifty Shades of Grey" actress shared the snapshot days before Harris tweeted about the status of their relationship.

"To address speculation -- myself and Rita ended our relationship some time ago," he wrote June 6. "She is a beautiful, talented woman & I wish her all the best."

"Rita was a little mortified that Calvin tweeted about the split but she's just getting on with things," a source told The Sun. "She has been with Khalil but who knows how long it will last?"