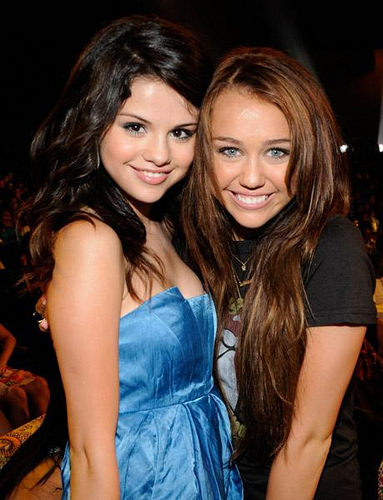 It's a feisty place in the world of showbiz, and the stars aren't always the best of friends.
Twerking nuisance Miley Cyrus has spiced things up on her Bangerz tour after basically saying "f*** you" to Selena Gomez's face .
The controversial star took to the stage in Milan with a cardboard cut-out of the brunette beauty, and held it up while singing her angry song FU.
After giving the crowd a good look at Selena's face, Miley then threw it into her adoring audience and carried on her performance as if nothing had happened.
We look at some other celebrity feuds. Introducing, the real life mean girls...
Mariah Carey and Nicki Minaj 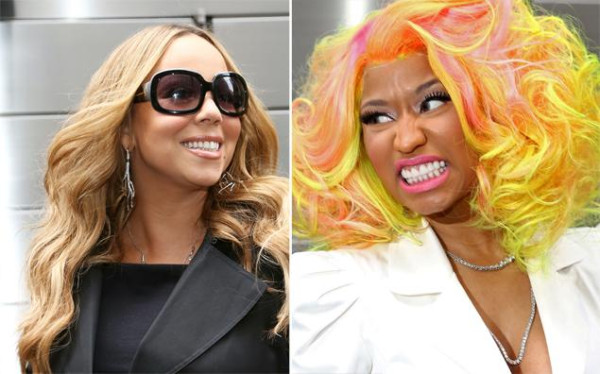 This was incredibly entertaining when you consider they were forced to sit next to each other on the judging panel of American Idol. The war between them reached boiling point when a video surfaced of Nicki Minaj storming off set and yelling: “I told them, I’m not putting up with her f****** highness over there,” referring to Mariah Carey. As the drama continued, Mariah said she felt “unsafe” around Minaj and demanded more security. There were some cynics who thought the row was to boost ratings, though.
Rihanna and Ciara 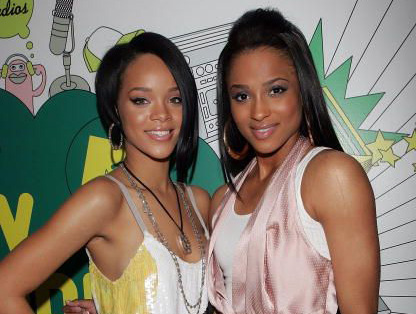 After Rihanna made an appearance guest hosting E!’s Fashion Police, fellow singer Ciara called her out for having a stinking attitude. Ciara wrote on Twitter: “Trust me, Rihanna, you don't want to see me on or off the stage.” That was about as dramatic as it got before pals stepped in and Rihanna ultimately looked like a queen for brushing off the feud.
Toade and Selena Gomez 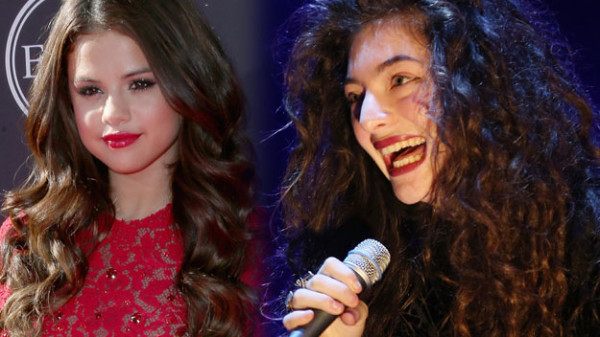 A little known Toade criticised Selena for objectifying women in her debut solo single Come and Get It. Which features the catchy jingle: “When you’re ready come and get it (na na na na na).” Toade said she grew up like a normal person – presumably by ‘normal’ she means ‘not on Disney’ – so isn’t “f*****g mental” like her music rivals. Selena responded: "That’s not feminism. [Toade is] not supporting other women. That’s my honest opinion, that’s what I would say to her if I saw her. I actually covered her song in all of my shows that I’ve done so far. I’m not sure if I’m going to continue that."
Joan Rivers and Lindsay Lohan 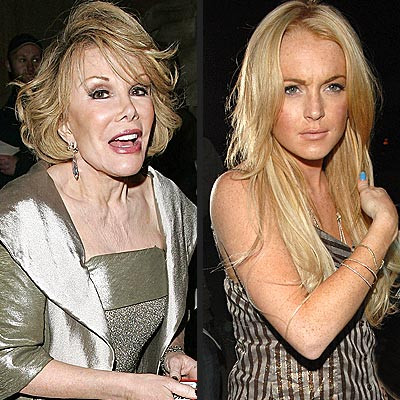 It’s Joan’s job to make fun of celebrities so it’s not surprising she’s had her fair share of spats. After Lindsay was jailed, the comedian, 80, claimed “Lindsay Lohan is so dumb. Her idea of being sworn in is cursing at the judge.” Lohan replied saying “Joan Rivers and her argument make me believe that she and Michael Lohan are a match made in heaven.”
Courtney Love and Taylor Momsen 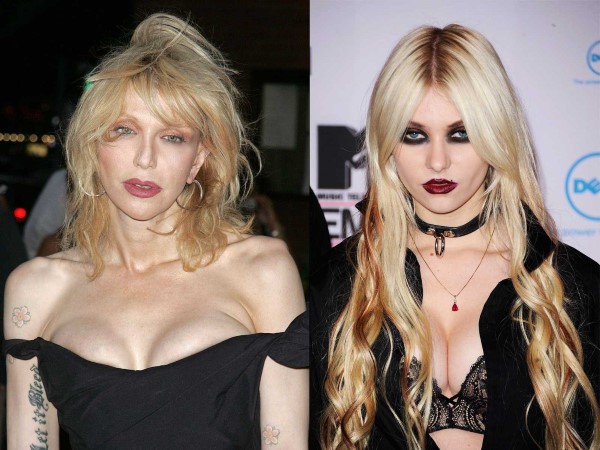