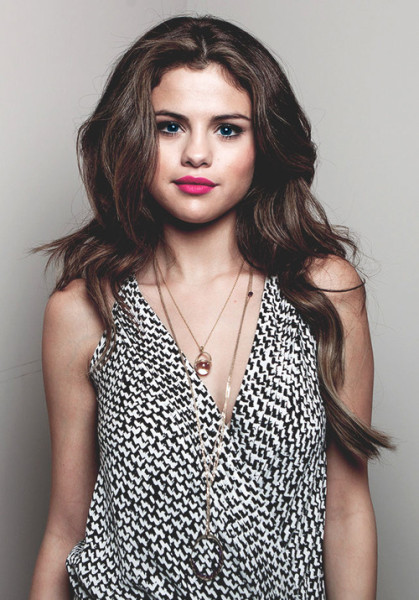 In Touch claims Selena Gomez is in the midst of a “medical crisis” and “the fight of her life.”
According to the tabloid, the actress-singer is waging a “secret battle” against lupus, and her lifestyle “could mean the difference between life and death.”
In Touch reaches out to a number of doctors, none of whom have actually treated Gomez, who agree that “too much work, stress or partying could have serious consequences” for the performer.
Another source for the tabloid alleges that Gomez’s family “staged an intervention last spring… but it only pushed her deeper into the abyss during her medical crisis.”
Gomez made the “life-changing decision to clean up her act” in recent weeks, says the magazine, and “has recommitted herself to her physical and emotional health,” but adds that “loved ones still fear her cycle of bad decisions could start over again at any time.”
We’re not sure why In Touch has decided to go after Gomez in recent weeks, but the magazine’s track record speaks for itself.
In May alone, the tabloid printed a false story about the star kicking her parents from her home as “revenge,” misled readers with a completely bogus and disgusting “miscarriage” allegation, and wrongly claimed Gomez was becoming a “born-again virgin.”
The outlet has absolutely no idea what’s going on with Gomez, which is why we get stories like this one, in which the tabloid talks to doctors who don’t know her and makes wild assumptions based on whatever it can grab.
Gomez is not fighting for her life, and she’s not pushing herself to the brink with her lifestyle.
A source close to the situation tells Gossip Cop the In Touch report is “irresponsible and off base.”
Source
Tags: selena gomez
Subscribe