'I'm Still Damaged': Trey Songz Opens Up About His Girlfriend Cheating On Him

He never quite got over it...

Trey Songz is known for his R&B hits that are meant to woo a female, but it seems that despite these romantic songs, the singer isn’t quite over one of his first romances.

The 29-year-old has admitted that the first girl that he fell in love with cheated on him, and it still affects him to this day.

While being interviewed by Billboard, he revealed he is still damaged by the incident. "I think I'm still damaged...it was early on in life,” he explains. “It was like the first girl I ever loved, I took her to the prom...I don't think I ever loved the same." 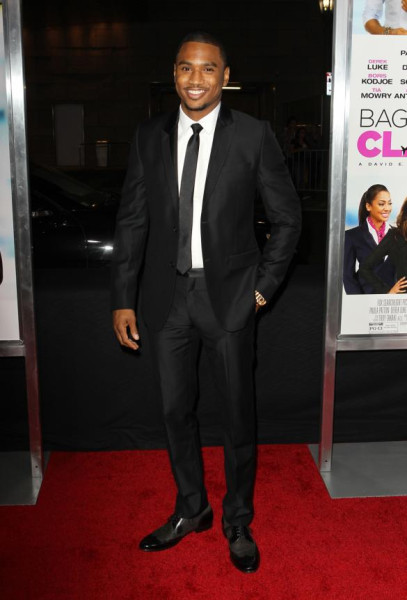 On a positive note, Trey Songz is happy with his collaboration with Nicki Minaj on his new album Trigga. He spoke about how proud he is of the work that she has done.

"She talking crazy. She killed it. I'm proud of Nicki,” he revealed. "I'm so proud of her, just to see her evolve into what she is now. She's so smart and intelligent to have masterminded the whole Nicki Minaj rise to where she is... to have become a pop star(sic)."

The song entitled ‘Touchin, Luvin’ is one of the highly anticipated songs on the album, which is set for release on July 1 2014.

ONTD, what do you think of your first love?