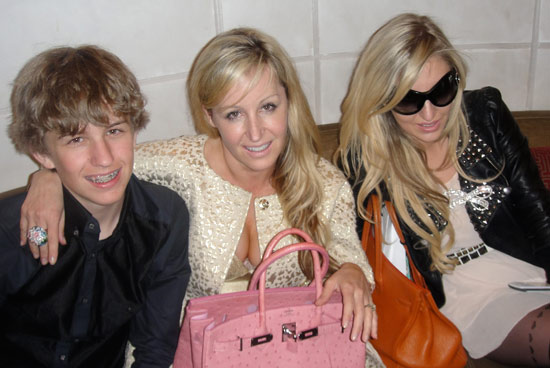 Vancouver Police are investigating a gang-related drive by shooting in East Vancouver that left a well known Vancouver woman caught in the crossfire.

At around 7 p.m. on Sunday, June 8, a man drove by in an SUV and fired multiple shots at a couple  at the Chevron gas station on East Hastings near Vernon drive.

Global News has confirmed the identity of the shooting victim as Mia Deakin, the daughter of Jody Claman, one of the stars of the “Real Housewives of Vancouver.”

The man was treated at the scene for minor injuries while Deakin was rushed to Vancouver General Hospital for gunshot wounds. She is believed to be in stable condition.

“It is still early in the investigation and the motive for the shooting is not known, but police believe the attack to be targeted,” said Constable Brian Montague with the Vancouver Police.

Police believe the man was the target, and that Deakin was an unintended victim.

No arrests have been made and the investigation is ongoing.