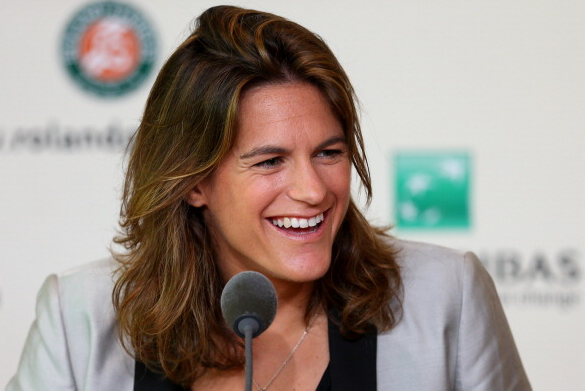 British number one Andy Murray has appointed former women's world number one Amelie Mauresmo as his new coach.
Mauresmo, 34, is currently France's Fed Cup captain and will initially work with Murray for the grass court season.

"I'm excited by the possibilities of the new partnership and Amelie is someone I have always looked up to and admired," the Scot said.
"She's faced adversity plenty of times in her career, but was an amazing player and won major titles, including Wimbledon.

Mauresmo said that Murray had first contacted her "a few weeks ago" and it was "a bit of surprise".
The Frenchwoman added: "I guess it is a big story and a step forward [for female coaches] but that is not my big concern right now.
"I'm happy about the new challenge. I want to help Andy, it is the only thing I have in mind right now."

In terms of male players working with female coaches, Russia's Andrei Chesnokov was coached by Tatiana Naumko in the 1990s and Tim Mayotte travelled with Billie Jean King in the 1980s.
Among current players, Uzbekistan's Denis Istomin, the world number 49, is coached by his mother Klaudiya.
Jimmy Connors and Marat Safin were other leading names of the past to have worked with their mothers.

Source
Bow @ this flawless choice Andy! Already seeing comments about how she can't possibly understand the men's game, ready to see her slay and prove them wrong!