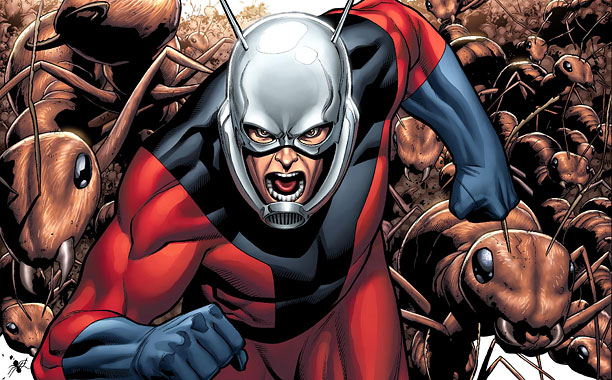 Marvel fans were sure getting antsy.

Two weeks after director and co-writer Edgar Wright dropped out of Ant-Man over creative clashes with the studio, a new filmmaker has been hired to keep the July 2015 movie on track.

Peyton Reed (The Break-Up, Bring It On) will take over the action-adventure about a hero who can shrink to tiny sizes while still packing a massive punch. Adam McKay, the director best known for the Anchorman movies, was among those rumored to be taking the helm of Ant-Man, but the studio revealed today he will instead rewrite the script by Wright and Joe Cornish (Attack the Block.)

It has been a rough and tumble couple of weeks for the film since Wright, a towering figure on the geek Mount Olympus after making Shaun of the Dead, Hot Fuzz, andScott Pilgrim vs. The World, parted ways with the film. Especially shocking was that he had been involved for an astounding eight years of development.

Reed faces several formidable challenges, having to surge ahead on a film that was already in deep pre-production by a now-absent director. With filming imminent, and Marvel unwilling to budge from the July 17, 2015 release date, Reed inherits much of Wright’s production design,  as well as his actors: Paul Rudd as hero Scott Lang, and Michael Douglas as scientist Hank Pym.

He also has to win over fans, many of whom were more galvanized by Wright’s take onAnt-Man.

With the announcement that Reed and McKay would now be the primary creative forces behind the movie, Marvel also released a bit of plot description: “

“Armed with the astonishing ability to shrink in scale but increase in strength, con-man Scott Lang (Rudd) must embrace his inner-hero and help his mentor, Dr. Hank Pym (Douglas), protect the secret behind his spectacular Ant-Man suit from a new generation of towering threats. Against seemingly insurmountable obstacles, Pym and Lang must plan and pull off a heist that will save the world.”

So how are we feeling, Marvel-ites? Still eager to get small?