'Ditzy Blonde' No More: Paris Hilton reinvents herself as a serious entrepreneur -- and crushes it! 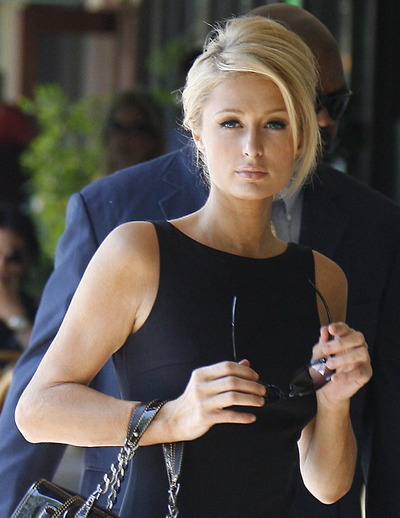 The first thing you need to know about Paris Hilton is that you don’t really know Paris Hilton.
Hers may not be the first name that comes to mind when you think ‘entrepreneur,’ but there are now more than 45 Paris Hilton stores in more than 40 countries, Variety named her its ‘Billion Dollar Entrepreneur’ in 2011 and her fragrance collection is fast approaching a $2 billion industry — so it’s more than time to take her seriously in the category. And, yes, it’s a lot easier to make money when you start with money, but, as she pointed out when we sat down in her Beverly Hills home, she didn’t have to work at all. She has dozens of peers who, as the scions of other great industrialists, have made a career out of simply spending their family’s hard-earned wealth instead of creating some of it for themselves. 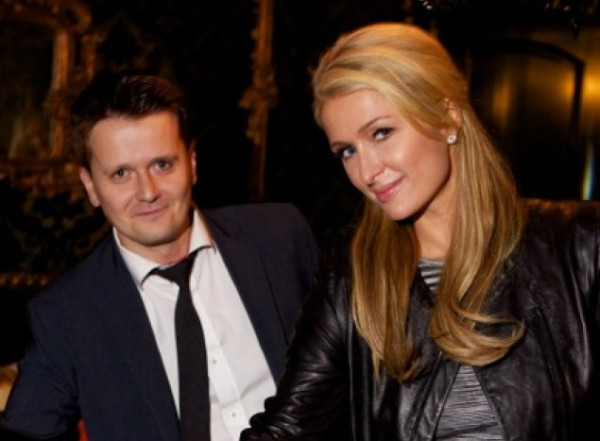 “My grandfather and great grandfather created such a huge empire” says Hilton “As a little girl I really looked up to them and wanted to do something of my own. I could never have become a trust-fund kid and lived off a monthly allowance. As a teenager, I always said I wanted to make my own money so I never had to ask for anything.”
For many, particularly those under 30, her personal brand has largely eclipsed that of her successful forebears. As she says with a wry smile: “My grandfather jokes that he used to be known as Barron Hilton. Now people just refer to him as Paris Hilton’s grandfather.” But, while she may have joined Adele and Oprah in the first-name celebrity club, it’s her last name that will tell you the most about her. Paris Hilton is as Hilton to the core, and a defining feature of the Hiltons is hard graft. “My grandfather had my father work as a bell boy in the hotels when he was younger.” notes Hilton, “My dad worked for everything he got; he worked his way up from the bottom to own the largest real estate business in Beverley Hills. Hard work and entrepreneurial drive is in the Hilton blood. We’re determined to do big things.”
And it’s not just the need for personal success that drives Hilton. As she says: “Even if I’m tired after a month of travel, I‘m going to get up and go because it’s not just about me. There are other people whose jobs depend on my getting to work. I think about the team in our Beverly Hills office, I think about the people we employ around the world. I love that I get to create employment opportunities for people all over the globe – that really motivates me.”
Far from laziness, if anything, Hilton suffers from the familiar entrepreneurial characteristic/trait of keeping a intensely packed schedule and persistently working a bit too hard.” In addition to working with her team at their Beverly Hills offices and visiting her worldwide stores, Hilton signed with record label Young Money Cash Money Records last year, released a hit single with Lil Wayne, opened a Paris Hilton branded beach club in the Philippines earlier this year, worked on new projects for her 17 product lines, and plans to return to Ibiza this summer for her second year as a Resident DJ at mega-club Amnesia. 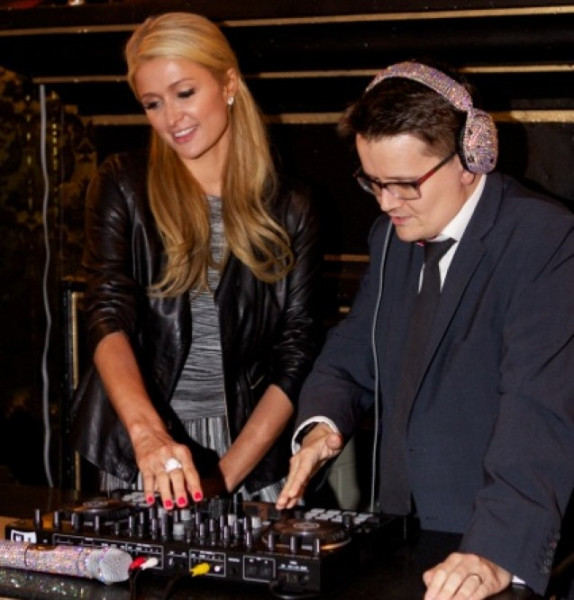 Breadth, as it turns out, also happens to be a Hilton trait. Great grandpa, Conrad Hilton worked in a general store, served in the army, spent two years in the New Mexico State Legislature and considered banking before he bought his first hotel. Paris’ grandfather, William Barron Hilton also served in the military, became a citrus product distributor, co-founded an oil company and founded one of the nation’s first aircraft leasing businesses before joining the family firm in the mid-1950s.
Precocity also runs in the family. Barron Hilton was flying aircraft at 17 and by 19 had earned his license to fly twin-engine jets. This probably explains why Paris disobeyed her parents at 15 to become a model. “I was 15 and in New York City. Donald Trump was opening his model agency and he asked me to be his first model. My parents said absolutely not, you’re just a teenager and you’re going to school, you’re not modeling! I called Donald and told him ‘don’t tell my folks but I am signing with your agency’ and I began runway lessons straight away.” A year later, at 16, Hilton reached out to perfume creators to design her own fragrance and took it to fragrance manufactures to get it launched. 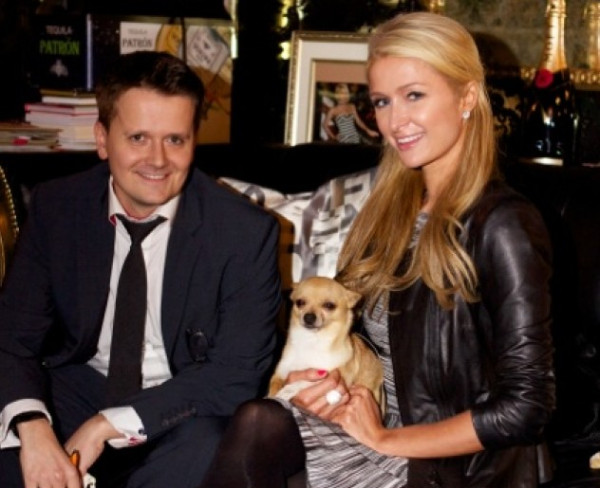 Her work as a model – and her life as a well-known socialite – is what led TV producers at Fox to approach her to star in reality TV show, The Simple Life. It was in this crucible that the current brand of Paris Hilton was formed. As Hilton puts it, somewhat wistfully: “My character, the character that most people associate me with, was really a fiction created for the Simple Life. I had never seen a reality show before that point and, to be honest, I really did not know what I was getting myself into.  The producers said: ‘Paris, you be the ditzy blonde, rich airhead, and, Nicole, you be the troublemaker who is always swearing and creating mischief.’ Honestly we didn’t anticipate the show’s success, how big it would get and that we’d have to do it for another five years!  I had to continue playing this character and, naturally, people assumed that that is who I really was.”
Hilton may not have entirely created or been in control of her brand at the time but, once created, she has been savvy enough to see its potential and leverage it to the utmost. Hilton’s stores and her collections of handbags, watches, sunglasses, fragrances and clothing present what Hilton defines as ‘fun, affordable luxury.” Hilton has translated both her fame and, in part, the bubbly brand that The Simple Life caricatured, into the Paris Hilton line of products. Speaking about the product line, Hilton shows just how aware she is of the crossover between her personal brand and her merchandise: “My products speak to the fun side of my brand. It’s girly. It’s playful. It’s absolutely part of capturing that fantasy Barbie-world existence.”
Far from just lending her image to products, Hilton keeps close tabs on what she wants her brand to be and how she wants bring it to life. Consequently, as she puts it: “I say no a lot more than I say yes. I am offered things every single day that I have to turn down.” What is the least brand-appropriate product offer she has received? “I was in Mexico a while ago and they pitched me on Paris Hilton branded beans” Hilton recalls, laughing: “They actually brought a can of beans, with my face on it and holding a can of beans. I don’t know how they made it but it was this legitimate pink can of beans. They genuinely thought I would love it and naturally I just I thought I was being punk’d.”
But of course tangible brands built around personal brands can’t live on in the same format forever and here again Hilton shows she is no-one’s fool. Far from the permanent adolescent stereotype of the tabloid press, Hilton comes across as a woman fully in control of herself and her image and already planning the next development of her personal brand and how this will translate in to products. “I know I’m not going to DJ in Ibiza for the rest of my life and I expect my brand to mature with me. When I have children in the next couple of years, I would like to develop a line of children’s clothing and children’s books. So expanding and developing the brand along with the fan base. On the jewelry and fragrance side, I’d look at the example of someone like Elizabeth Taylor who was able to market elegance as she grew older.”
“By that point though” she adds with a laugh “I will probably be a grandmother and have 100 fragrances!”
Such a hardworking, inspirational icon! <3