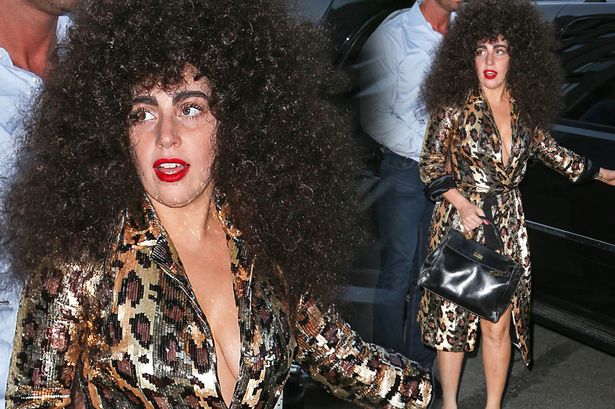 Just when we thought we hadn't seen Lady Gaga step out in some sort of ridiculous sartorial invention for a while, these incredible pictures popped up.

The 28-year-old pop singer was sporting an enormous curly mane, huge dark drawn-on eyebrows, and bright red lips as she casually strolled the New York City streets with her minders.

She teamed the mildly scary look with black heels and a vintage sequin leopard print Dolce & Gabbana coat, which was once owned and worn by heiress, artist and style diva Daphne Guinness.

Taking time out from posting pictures of her cute pet pooch Asia, the eccentric singer posted a shot of the jacket/dress alongside the caption: "Missed my New York babes, best babies they are." 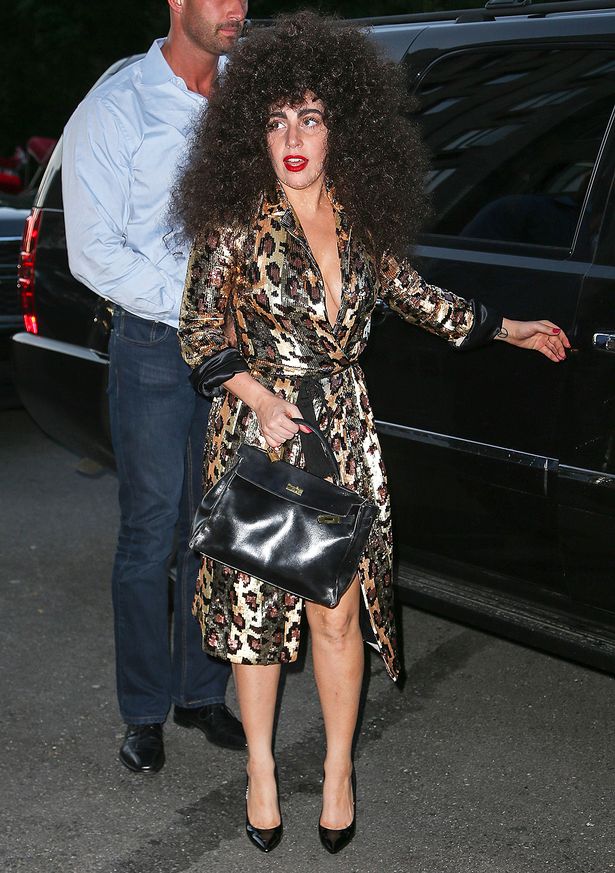 Mother Monster is such a huge Daphne fan she even splashed out a whopping £85, 250 for her Alexander McQueen gown, which was up for auction when she cleared out her wardrobe to raise money for charity.

"I am a passionate fashion collector and feel honoured to support the The Isabella Blow Foundation. Daphne Guinness is a pioneer for artistic women," she said after the pricey purchase.

While last year Gaga posted a black and white snap of the pair and called her a legend.

"Me + the Queen @TheRealDaphne She is truly a living legend and muse to the greats. Photo by Terry Richardson," she wrote.