Rihanna Turned Down A Song That Grimes Wrote For Her 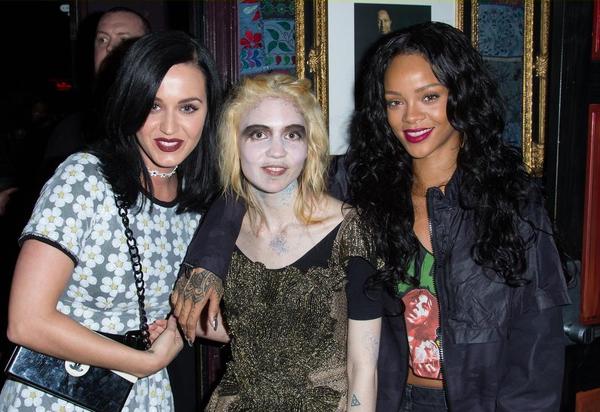 On Friday night, Grimes will play New York’s Governors Ball festival. And as she pointed out on Twitter this afternoon, we might want to pay special attention to the last song of her set. The song, Grimes explains, is “kinda different from regular grimes.” That’s because she and frequent collaborator Blood Diamonds wrote the song for Rihanna, only taking it back when “they turned it down.” So it should be pretty fucking fascinating to hear what Grimes’ version of a Rihanna song would be. Grimes and Rihanna both share a management team, Roc Nation, and it’s too bad Rihanna’s people decided not to use the song. Also of note: Grimes says, also on Twitter, that her Governors Ball set will have three new songs (including that Rihanna one) and that she and her crew have “re recorded and reproduced all the old visions songs too so they are much better now.”

also for those at gov ball, u should stick around for my final song because its special & top secret & new, actually im playin 3 new songs