Lana Del Rey Is Anyone She Wants to Be
STORY BY: DUNCAN COOPER | PHOTOGRAPHY: GEORDIE 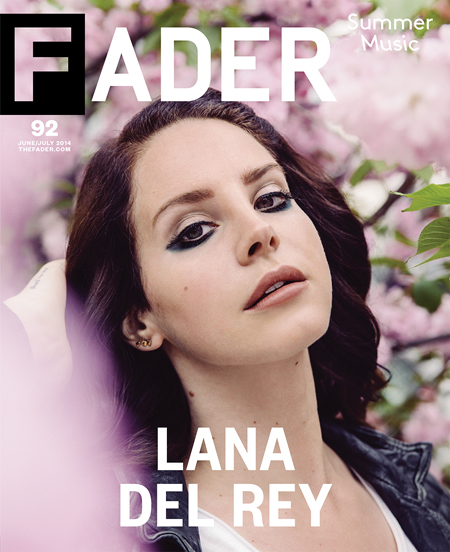 The camera zooms in on Lana Del Rey as she turns away from the crowd, hiding all but the slightest silhouette of her face. In the background, a massive screen flickers deep purple and blue; beside her on stage sits a potted palm. For one full minute: riotous, embracing applause. Gently, she wipes a tear with the middle finger of her left hand, then wipes her nose, which from this angle appears as the bottom-half of a perfectly slender S curve that begins on her forehead, shimmies down her face and ramps off into the void. Finally, she turns to address the audience, smiles and says, “I think you’re going to have to sing it for me.” The piano starts, and everyone complies, very loudly and very clearly. She tries to sing too, of course, then pauses to cry and smile at the same time, seemingly overwhelmed by the audience’s affection. But no one else stops singing: It’s you, it’s you, it’s all for you…

Lana Del Rey, the singer whose entire self so often seems a carefully constructed display, didn’t conceive of this scene, like she has the many music videos that helped propel her to fame. First came the eerily star-foreshadowing montages of 2008, in which she stitched together found footage and vamped in front of an American flag under her given name, Lizzy Grant. Back then, sometimes she’d make four videos for the same song, but most times, nobody much saw them. Next came “Video Games,” which applied that same cut-up look to a slightly fuller sound, and thrust Grant, now singing as Lana Del Rey, from bedroom clips to blockbusters. Then the big budgets arrived: she sat on a throne backed by two tigers in the video for “Born to Die,” embodied both Jackie O and Marilyn in a span of minutes for “National Anthem” and, for “Tropico,” lounged with Elvis and John Wayne in CGI heaven. Lana Del Rey’s filmography is a master class on how to build an icon, and yet, no footage feels like proof of her iconicity as much as the shaky clip of a teary 2013 performance, shot on a phone by a fan in Dublin.

I ask her why she was crying. “I’d been sick on tour for about two years with this medical anomaly that doctors couldn’t figure out,” she says, to my surprise. “That’s a big part of my life: I just feel really sick a lot of the time and can’t figure out why. I’d gotten these shots in Russia, where we’d just been. It was just heavy. It’s just heavy performing for people who really care about you, and you don’t really care that much about yourself sometimes. I thought it was sad. I thought my position was sad. I thought it was sad to be in Ireland singing for people who really cared when I wasn’t sure if I did.” I’d expected self-congratulation, the triumph of finally making it. You never really know.

We’re speaking in the Brooklyn backyard of this story’s photographer, and she’s wearing one of his shirts. It fits her poorly—probably a men’s XXL—and with her hair and makeup done up for the cover shoot, she gives the impression of a young lumberjack’s date the morning after prom. She must know this. They’d been taking the photos in the house earlier, in an attempt at a more laid-back glimpse of a star known for her Hollywood glamour, when she noticed a rack of his vintage clothes and asked to pull from it. More than raw beauty, hers is the gift of producing a precise effect; voilá, she looks like somebody’s girlfriend.

It’s a few weeks before the release of her second major-label album, Ultraviolence, and like any artist with over a billion YouTube views, the 27-year-old Lana Del Rey is blessed and cursed with a punishing schedule. By the time I click off my recorder, after nearly 90 minutes, her publicist has twice come out to end the interview. In both cases, she rebuffs him. Barefoot, she carries a casualness with hardly a hint of the imperious pop star I’d expected; she’s excited, pensive, a little bit apprehensive. After, she tells me it’s the longest interview she’s ever done.

From the backyard where we sit, through an old screen door with a frame rimmed in dried-out vines, I can always hear her entourage. Among the six or seven inside, there’s her bodyguard, formerly employed by Brad Pitt, and her British stylist, Johnny Blueeyes, who during the shoot was prone to bursting into the room and crying, “You’re a staaaar!” The whole team, she says, was hired in 2011, after “Video Games” attracted offers from Interscope and Polydor. “I met everyone the same week,” she says. “Because I was very shy, I just sort of stuck with them.” Later, she mentions the staff again, by way of self-analysis. “I’m never the star of my own show,” she says. “I have a very complicated family life. I have a complicated personal life. It’s not just my life, it’s everyone else’s in this extended family unit. It’s always about someone else, even with the people I work with. I’m the quietest person on the set, generally. I’m actually the one that’s trying to keep it all together. It’s pretty weird. It’s a weird, weird world.” She’s chain-smoking Parliaments.

Everyone knows Lana Del Rey’s so-called true identity: she was born Elizabeth Grant, daughter to an entrepreneur who sold domain names. In the press, there’s been a perverse joy in labeling her a phony, whether that’s regarding her supposedly surgically enhanced lips (she has always denied this), or the rebranding that marked her early career. She was born in Lake Placid, in upstate New York, and went to boarding school in Connecticut. When she first started doing shows in 2006, while studying metaphysics at Fordham University in the Bronx, it was with a folky bent and a guitar that her uncle taught her how to play. The F chord was too hard, she later told the BBC’s Mark Savage—“Four fingers? Never going to happen”—but she recorded an acoustic album as May Jailer just the same. (That record, Sirens, was never released, though it eventually leaked online.) In 2008, while still in college, she signed a $10,000 record deal with an indie label called 5 Points and moved to a trailer park in North Bergen, New Jersey. index Magazine filmed a giddy interview with her there; she appears in a car mechanic’s windbreaker, her platinum blonde hair tied up with a baby blue scarf, and, when asked about the “very cohesive package” of her musical identity, says, “It has been a lifelong ambition and desire… to have a defined life and a defined world to live in.” During this period, she teamed with David Kahne, a producer for Paul McCartney and The Strokes, and developed a more idiosyncratic sound for her self-penned lyrics, with affected jazz vocals, synthesized orchestra sections and hip-hop drums—an uncanny mix of old and new. Under the name Lizzy Grant, she released an EP, Kill Kill, and recorded an album, Lana Del Ray A.K.A. Lizzy Grant, which sat on 5 Points’ shelf for two years before it was digitally released in 2010. By then, she’d gone brunette with swooping Veronica Lake curls, and was spending time in London in search of another deal. With the help of a newly hired manager and lawyer, she bought back the album rights and pulled it from the market. Henceforth, she would be known as Lana Del Rey.

You can read the rest of the article here. 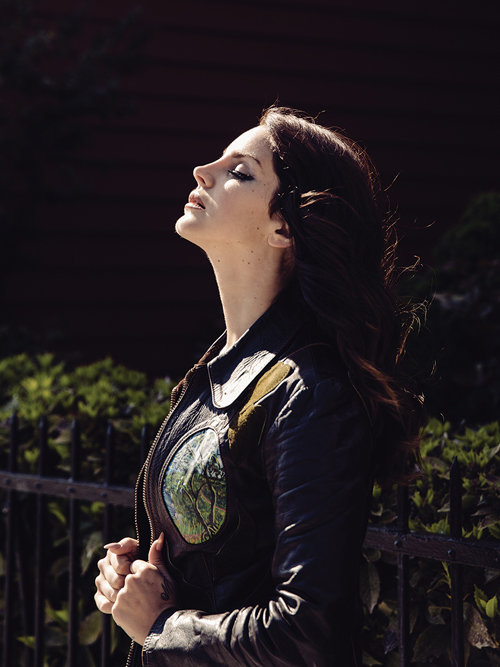 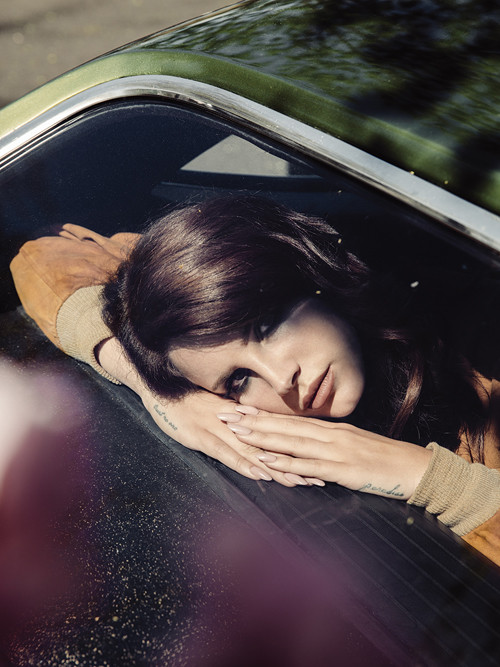 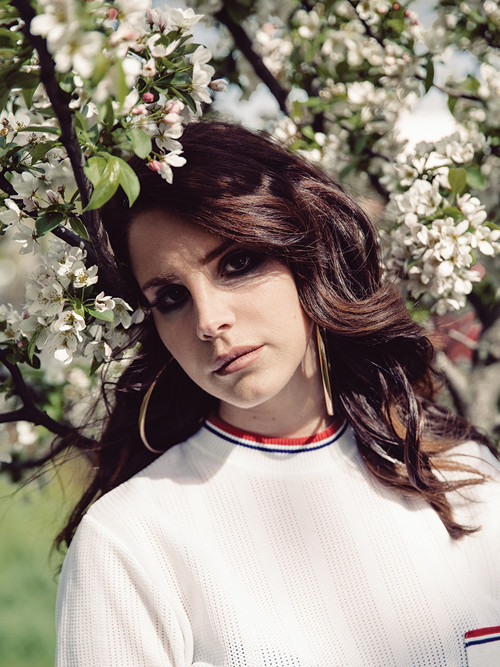 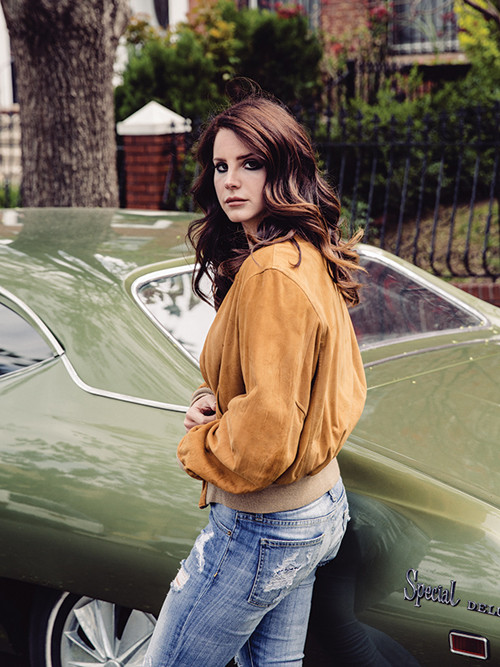 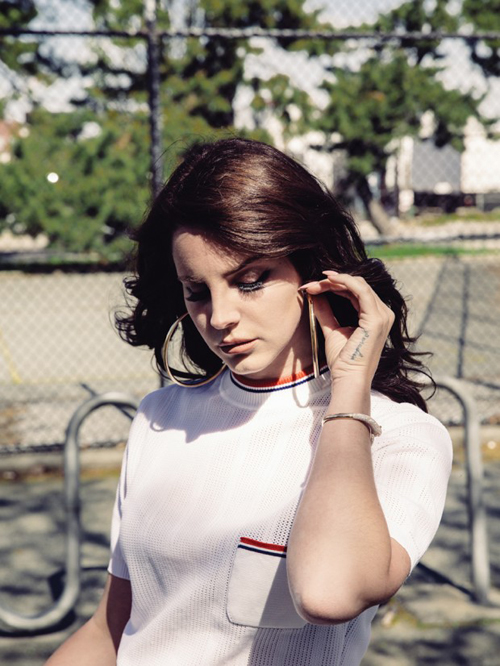 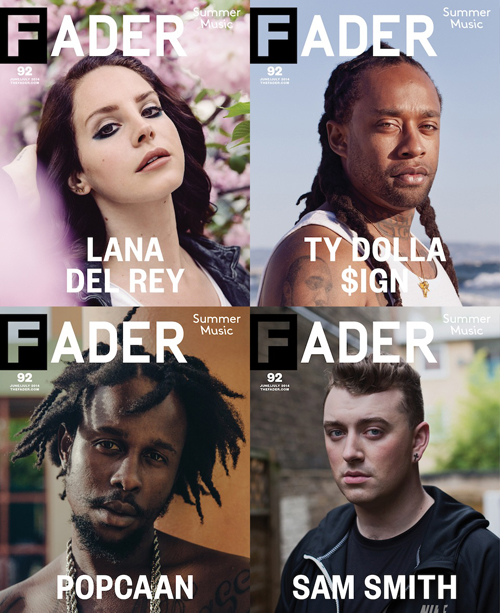