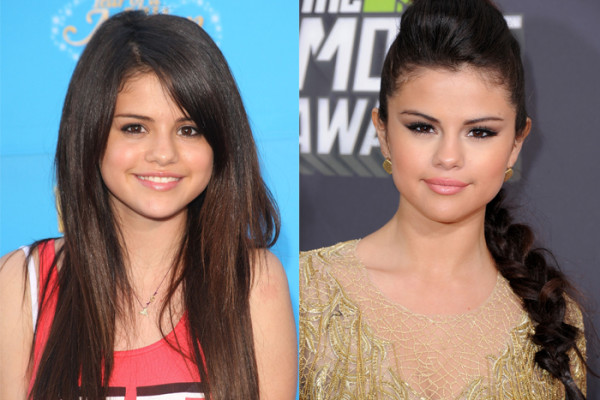 Now that Selena Gomez is all grown-up, it's hard to imagine that she started her acting career alongside a famous purple dinosaur. But it's true: She's come a long way since Barney and Wizards of Waverly Place, earning herself some much buzzed-about movie roles, four full-length studio albums, a nail polish collection, and a clothing line.
Selena is a superstar in her own right, but she's only just beginning to truly shine. And somehow, her beauty reflects that: The more time she spends in the spotlight, the more surprisingly polished she becomes. And with her latest series of music videos, she made it clear that she's headed in a very sleek, fashion-forward direction. (Not to mention, practically every time she steps onto a red carpet, all we can think is, "That hair!")
August 2007
Arriving at the premiere of High School Musical 2, a 15-year-old Selena keeps her makeup natural and fresh with a little mascara and brown eyeliner. 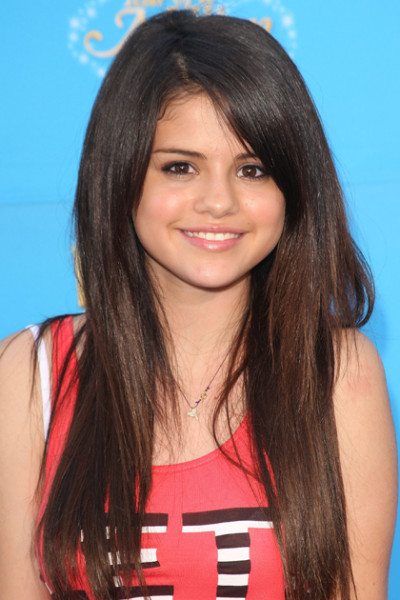 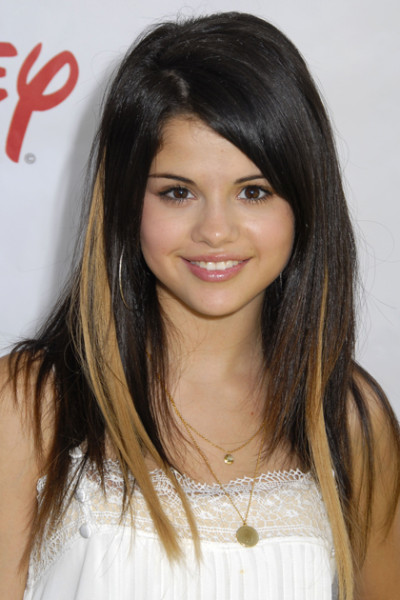 October 2008
A few months pass and Selena ditches the blonde in favor of a shorter cut, which she wears in a retro, curly style. 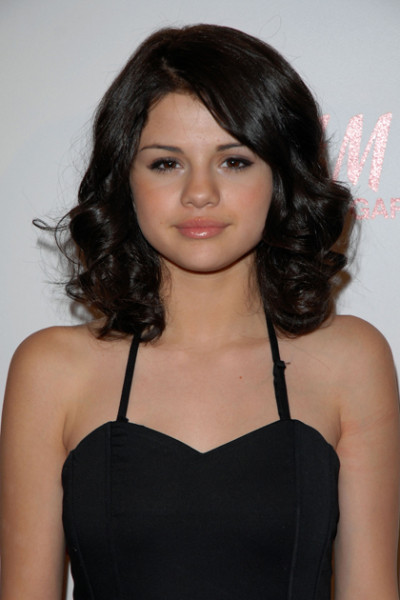 June 2009
…And, the blonde is back! But this time, it's more subtle and scattered throughout the hair. (And lip gloss is still her go-to for every red carpet.) 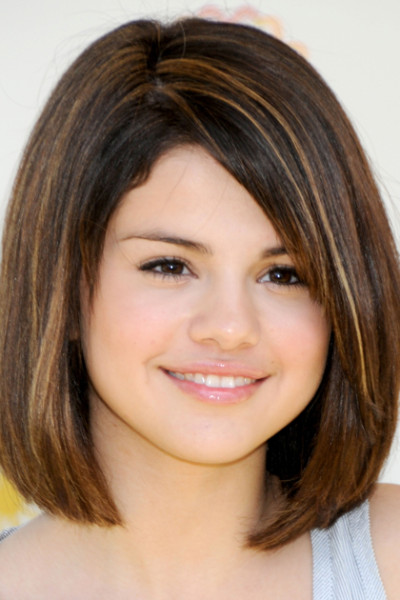 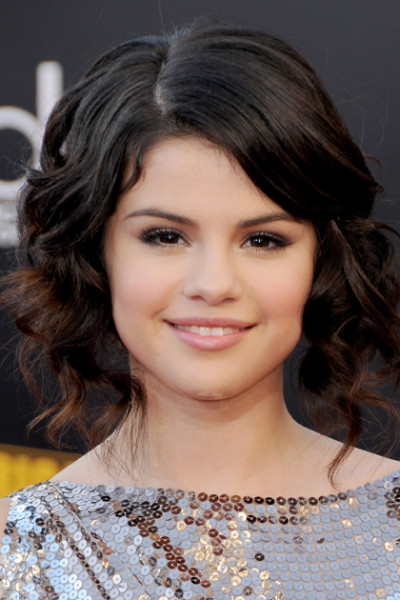 August 2010
Right before taking home four awards at the 2010 Teen Choice Awards, Selena ups the ante with a dramatic smoky eye and a nude lip. 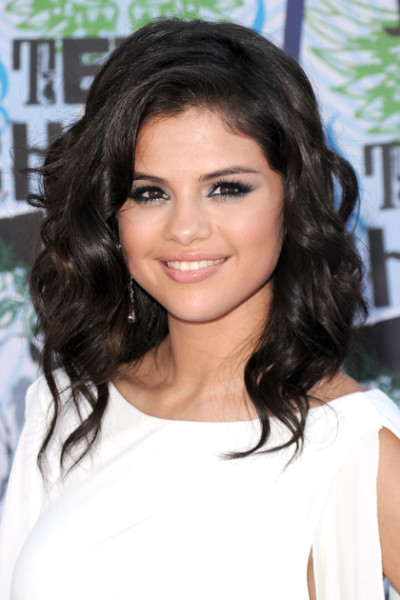 September 2010
One month later, and she's got the longest ponytail ever! Yes, extensions might be the Selena Gomez accessory. But hey, we love a girl who likes to experiment with her hair! Here she is with an elegant side-pony and another dramatic smoky eye, winged out to elongate her natural shape. 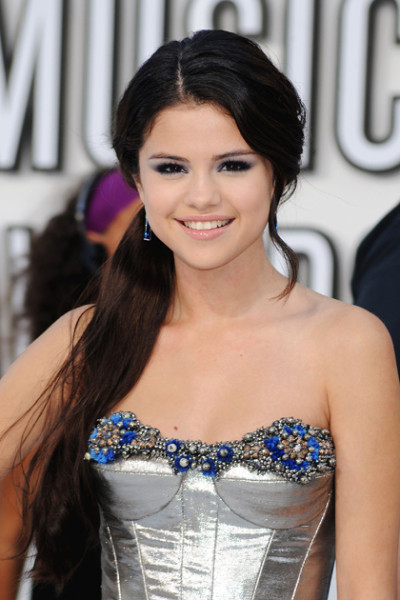 February 2011
She's arrived. At the 2011 Grammy Awards, Selena made major headlines for her ultra-long beachy waves and glowing, bronzey makeup. 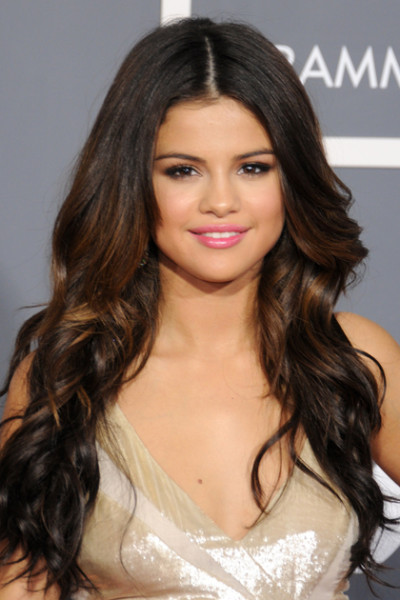 March 2011
Okay, so this isn't technically a part of Selena's evolution, but it was too good to pass up! Here, our favorite multi-hyphenate went all out for Perez Hilton’s birthday celebration. 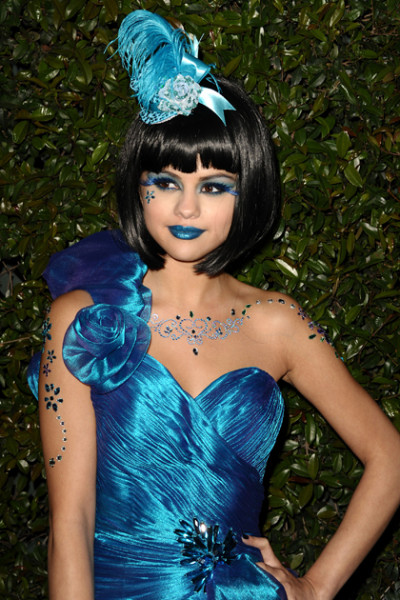 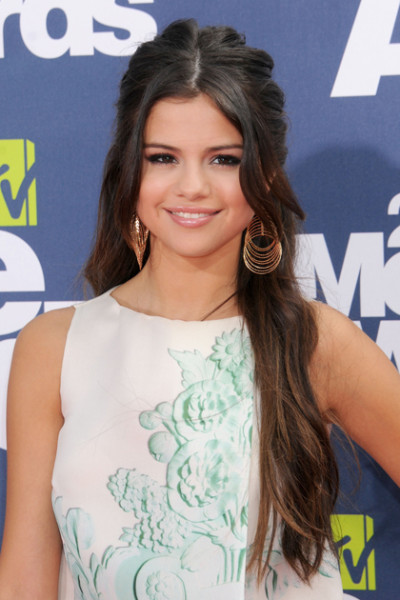 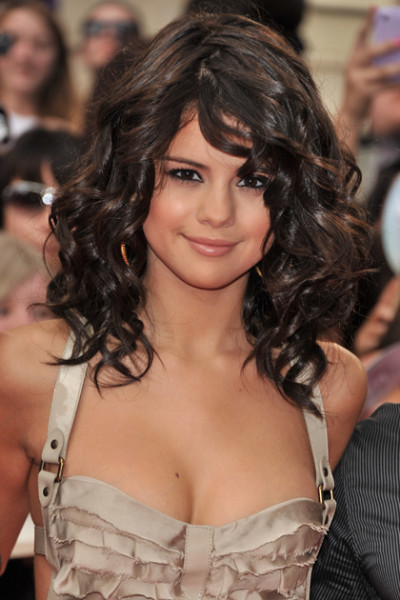 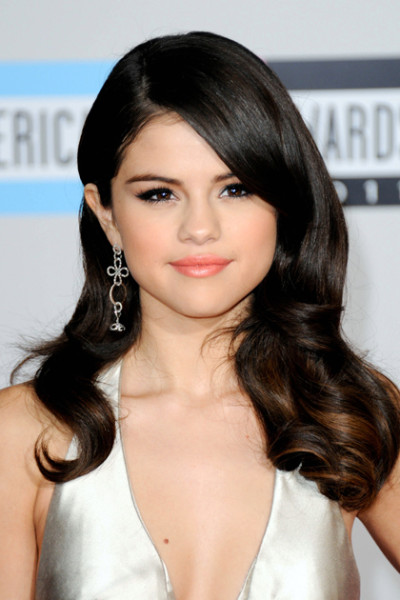 February 2012
At the 2012 Vanity Fair Oscar Party, Selena pulls off the faux bob with miraculous aplomb—she's a true hair magician. 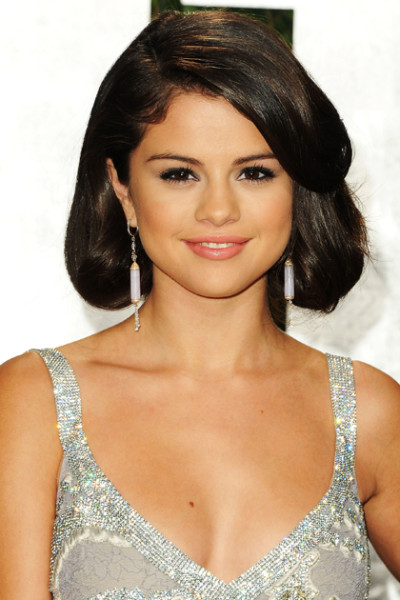 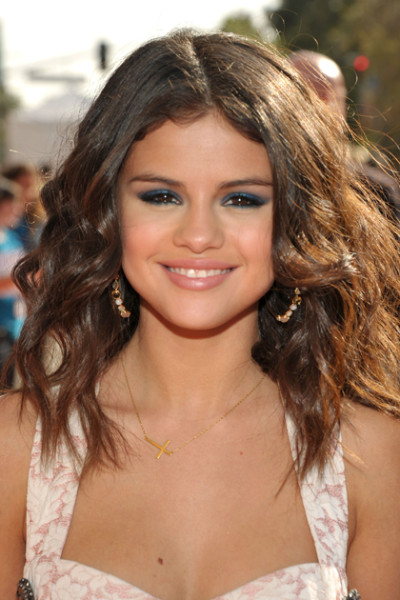 March 2013
Selena hopped on the orange lipstick trend before it was even cool. Here, she pairs it with a deep side-part and loose waves. 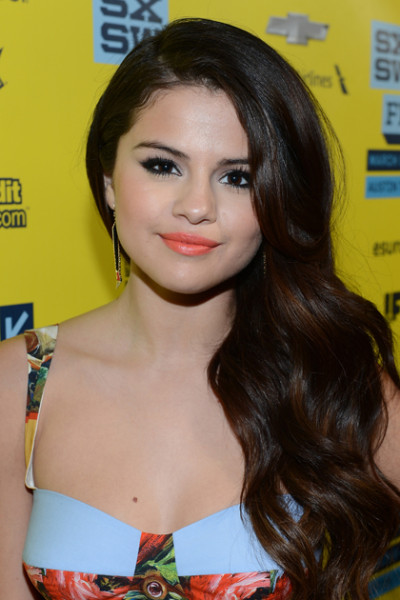 March 2013
For the LA premiere of Spring Breakers, Selena opts for sophisticated glamour with a soft, romantic updo and just-bitten lips. 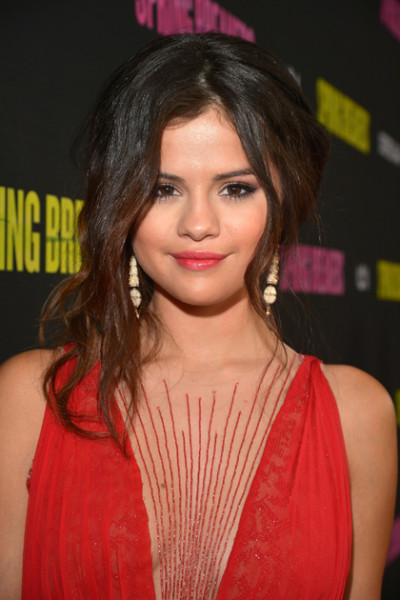 April 2013
We now present Selena's most iconic red carpet hair moment yet. At the 2013 MTV Movie Awards, where she later performed her hit single "Come and Get It", Selena wears a messy fishtail braid with a faux hawk, complemented by a smoky eye and nude pink lips. 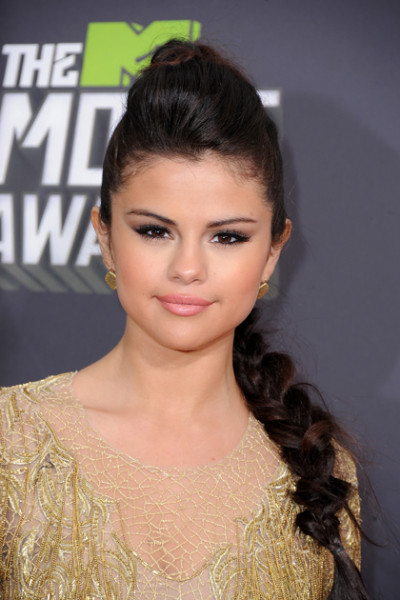 February 2014
This could be the biggest ponytail in red carpet history. She tops off the fun look with cherry lips. 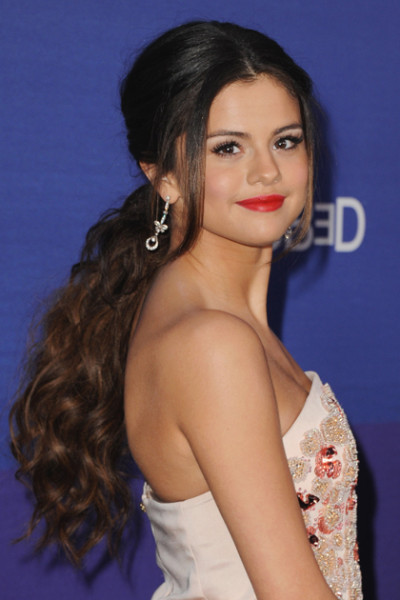 March 2014
Sitting pretty at the Nickelodeon's 27th Annual Kid's Choice Awards before winning for Favorite Singer and Fan Army (shout out to you Selenators), Selena rocks the prettiest beachy waves ever. (Bonus: Her stylist told us how to get this look at home!) 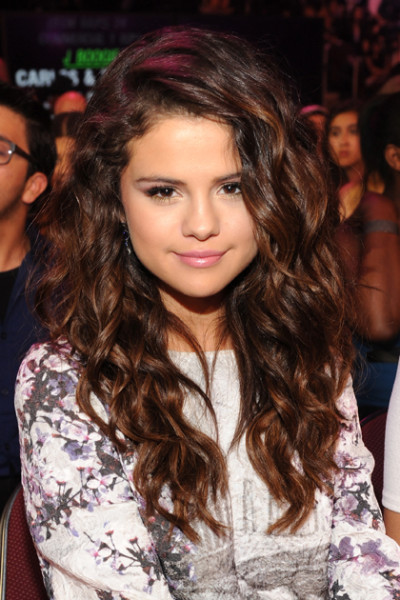 May 2014
Those lashes! Selena definitely wins our vote for some of the best hair and makeup at the 2014 Met Gala wearing a dark, berry lip and an intricate updo. 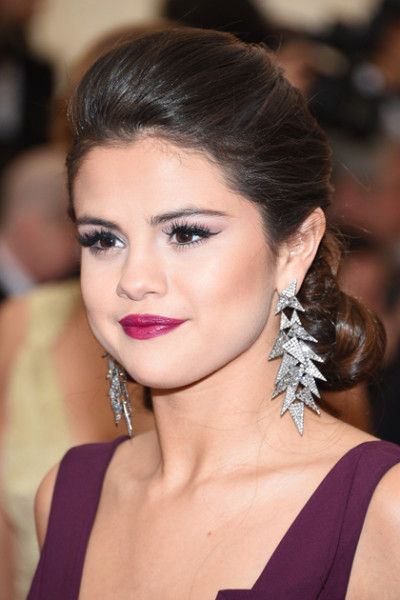 May 2014
A week later, Selena puts her updos and dark lips behind her, opting for sleek strands and neutral makeup while attending the 2014 Opening Night Spring Gala for the American Ballet Theatre. She is looking all grown up, indeed. 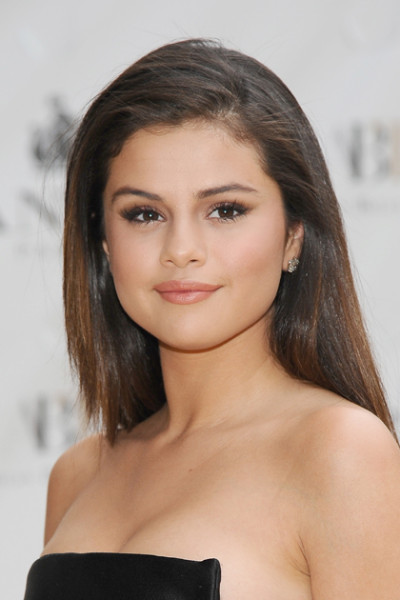