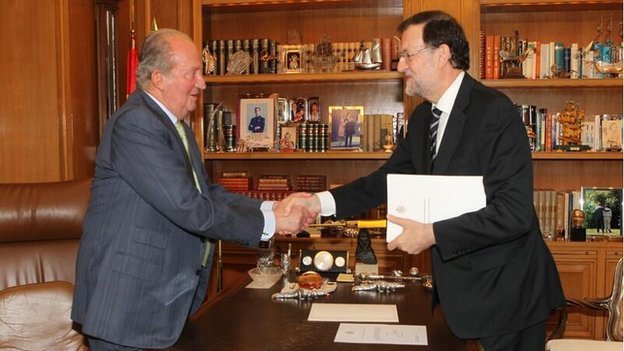 The reasons were not immediately clear. The 76-year-old king has had health problems and has been embroiled in royal scandals, one of them prompted by his decision to take an elephant-hunting trip while his country was in the grip of a financial crisis.

Juan Carlos took the throne in 1975, shortly after the death of the dictator Francisco Franco.

Mr. Rajoy said the Spanish Constitution would be amended to permit the king to abdicate.

“His majesty, King Juan Carlos, has just communicated to me his will to give up the throne,” Mr. Rajoy said. “I’m convinced this is the best moment for change.”

The surprise announcement is not the first sign of change in European royal houses in recent years. In May 2013, Willem-Alexander of the House of Orange-Nassau became the Netherlands’ first king in 123 years when his mother, Queen Beatrix, abdicated after reigning for 33 years. 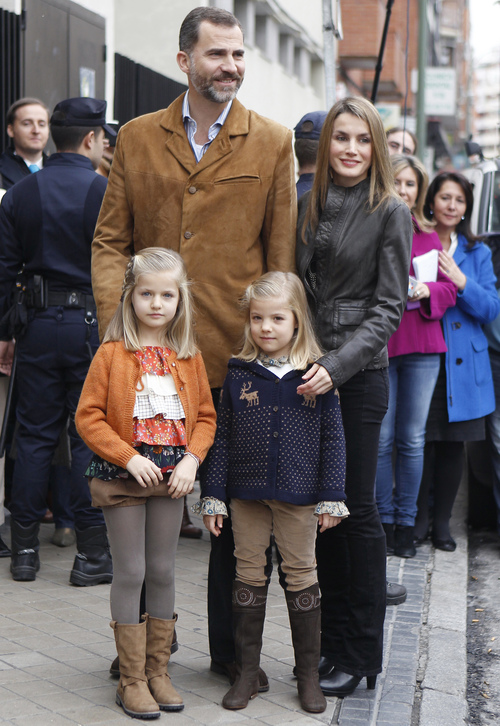 Juan Carlos, who is 76, has ruled since 1975, taking over after the death of dictator Francisco Franco.

The king's son, Crown Prince Felipe, 45, will take over the throne.

For much of his reign, Juan Carlos was seen as one of the world's most popular monarchs, but recently many Spaniards have lost confidence in him.

His reputation has been tarnished by a long-running corruption investigation into his daughter and her husband.

Support for the king fell further when it was discovered he had been on a lavish elephant hunting trip to Botswana in the middle of Spain's financial crisis.

Mr Rajoy said the king was stepping down for personal reasons. His health is failing and he has had a number of hip operations in recent years.

The prime minister said Juan Carlos had been a "tireless defender of our interests".

"I'm convinced this is the best moment for change," he added.

He said ministers would hold a special meeting on the issue.