Lee Pace Is Ready For The Spotlight, But Not The Scrutiny

Lee Pace is, by his own design, an enigma. Despite appearing in two of the decade’s biggest film franchises — The Hobbit and The Twilight Saga — the 35-year-old actor continues to exist amid an aura of mystery, with little known about his life before starring in two critically adored television shows, Wonderfalls and Pushing Daisies (both from creator Bryan Fuller), and his stunning turn in Showtime’s 2003 biopic Soldier’s Girl, in which he played trans woman Calpernia Addams.

Sitting on the secluded patio of The Four Seasons Hotel’s Windows Lounge in Los Angeles, Pace’s movie idol good looks are partially hidden behind an unkempt beard and a messy nest of hair, a mask of sort that makes the actor seem even more inscrutable. And he relishes a life far outside of the spotlight, even recently buying 10 acres of land in Upstate New York (tractor included). “I’m trying to be a farmer right now,” he says, that beard suddenly seeming perfectly in character. “I’ve been wanting a tractor for such a long time, and I finally bought this one,” he says, grinning and showing off photos with the fervor of a new parent.

Pace’s career has zigzagged from indie dramas (A Single Man) to romantic comedies (Miss Pettigrew Lives For A Day), and from Oscar contenders (Lincoln) to television period dramas (AMC’s Halt and Catch Fire, which launches June 1). But there’s still very little information about the actor online — and that’s exactly how Pace wants it.

That predisposition for privacy has fueled endless rumors about Pace’s personal life, speculation he dismisses as inherently disruptive to the very reason audiences are attracted to him in the first place. “Who cares about people’s personal lives?” says Pace. “I mean, honestly. How are you then able to disappear into a role? Trust me, if I had something interesting to say about myself, I would.” 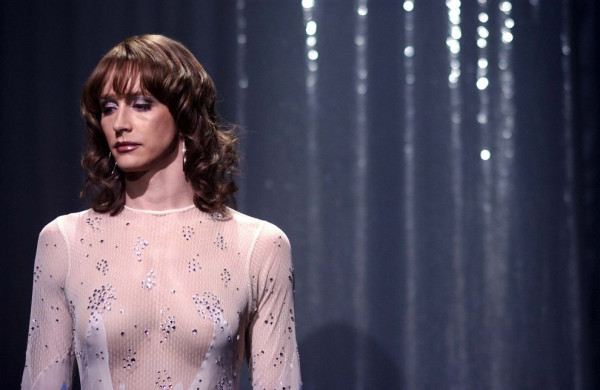 Those clamoring for details about his life should look no further than his body of work: “To be honest, the characters I play are revealing enough.” Case in point: the aforementioned Soldier’s Girl, in which Pace played trans soldier Calpernia Addams, who inspired a formal review of Don’t Ask, Don’t Tell after her lover, Barry Winchell, was murdered in 1999. “I was shocked at how much I saw myself in that character,” Pace says. “I worked on transforming myself so much for that role so I assumed I wouldn’t recognize myself, but I saw so much more of myself in Calpernia than I ever anticipated. So, I’m already revealing more of myself than I’m comfortable with.”

In an era where stars’ private lives are fodder for tabloid consumption or soapy reality exploits, Pace’s decision to focus on the work allows the audience to be completely immersed in his characters’ rich inner lives. Maybe part of that has to do with the fact that the Julliard-trained Pace had the ability to reinvent himself constantly as a child — born in Oklahoma, Pace’s life was uprooted to Saudi Arabia when he was around 5 years old (a result of his father’s job in the oil industry), before he returned to the U.S. and eventually settled in Texas as a teenager.

Despite Joe’s potentially polarizing nature, the show’s creators, Chris Rogers and Chris Cantwell, insist that finding someone as charismatic as Pace wasn’t a requirement. “While I wouldn’t say that we were explicitly searching for someone with ‘likability,’ it was important to us that we find an actor with a lot of charisma and emotional nuance to play Joe,” says Rogers.

Cantwell agrees: “Lee brings a tremendous humanity to the role. In the hands of someone less capable, Joe could easily come across as a sociopathic monster early on in the series. Lee can deftly wield a shark-like persona when needed, but with him we get almost immediately that there is something brewing below the surface.” 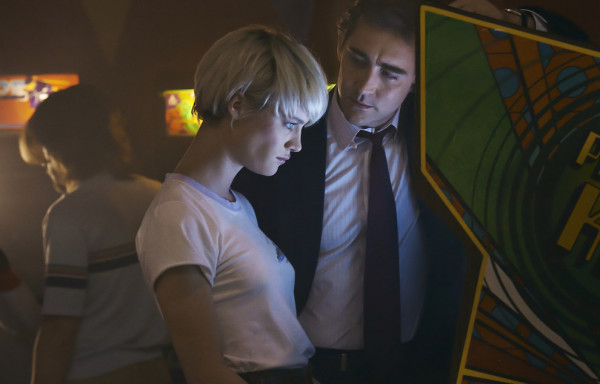 That something is Joe’s insatiable drive. “The key to playing Joe is his unprincipled ambition,” Pace says with a coy smirk of the show’s seeming puppet master. “Joe’s given up everything to make this happen and he chose these two people to work with. I think that’s actually the big mystery of the pilot: Why these two people? And this is the most interesting thing: What if Joe doesn’t know? The secret I had while making the show is that he wants to build the computer for her, the thing that will change her life. She’s going to give him strength to accomplish what he needs to accomplish.”

Unexpectedly, his performance on Halt and Catch Fire — as the initially unknowable Joe, a slick salesman in a perfectly tailored power suit who seems to be hiding his share of dark secrets — proved personally illuminating. “I was a bit shaky after we finished filming because this role unlocked personal things inside of me; doors to the house I never knew was there,” he says, leaning forward, vibrating with enthusiasm. “I’ve heard other actors talk about that experience, but I didn’t understand how that happened. We reveal things about Joe that … I would be lying if I said I wasn’t a little bit scared to see on screen. I’m going to hide under my covers when those episodes air.”

As for what Joe’s secrets are, Pace refuses to spill details for fear of spoiling what’s to come on the AMC drama. “It’s tricky,” he says. “In the beginning, I thought Joe was a guy who always executed what he set out to do, but I recently rewatched the pilot and barely recognized the character. We all have these massive experiences in life that change you — you’re going down one road for a while and then you turn left and you turn right, and that’s what makes up your lifetime. I am hoping I get to go on that journey with this character for a long time.”

Pace maintains a cautious optimism about the future of Halt, having been through a similar situation in 2009 when, after two low-rated seasons, ABC canceled the beloved Pushing Daisies — a star-vehicle that was created for him by Bryan Fuller. 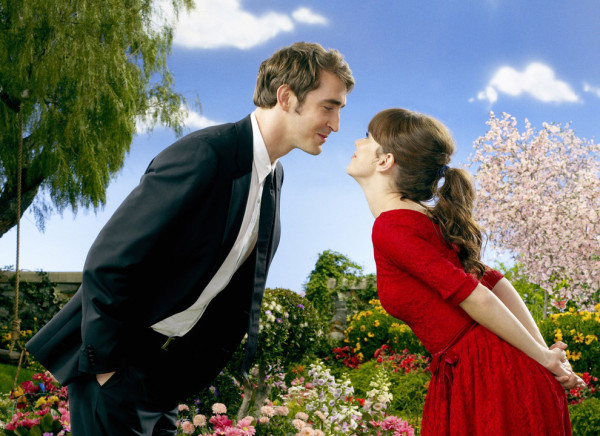 “Lee was so great on Wonderfalls,” Fuller said in 2007 of his previous collaboration with Pace on Fox’s short-lived 2004 dramedy about a woman (Caroline Dhavernas) who could converse with inanimate objects. (Pace played her brother.) Which is why Fuller went after Pace to play the main character in his next project, the whimsical supernatural-murder-mystery-romance Pushing Daisies.

“He gets me; I naturally go back to people who get me,” Fuller said. “In my head, when I was writing the [Pushing Daisies] script, I imagined Ned as Lee. Originally, his manager said no, that Lee wasn’t doing TV anymore. I sent him the script and called him and told him that I wrote it with him in mind.”

Given the role of Ned was specifically created for Pace, it’s understandable — and clear — that he’s still feeling the show’s loss several years after its abrupt cancellation. “Because Pushing Daisies was cut short, I know that’s always a possibility,” he says. “I know it’s a possibility that no one will watch and the life of this show will be short.”

That’s why Pace was keen to savor every day on Halt — a lesson he learned the hard way on Pushing Daisies, where he played pie maker Ned, who had the gift of bringing the dead back to life. “I wish I would have had more fun,” he says of his experience on Daisies. “I definitely felt like I was the one who had to make it work because it might be the only show I ever get. It’s a sad way to think about it. So, this time around, who knows if anyone will watch this show or connect to it, but from the minute I decided to jump on board, I decided to make it a good experience because it’s a waste of your life if you’re not enjoying it.” 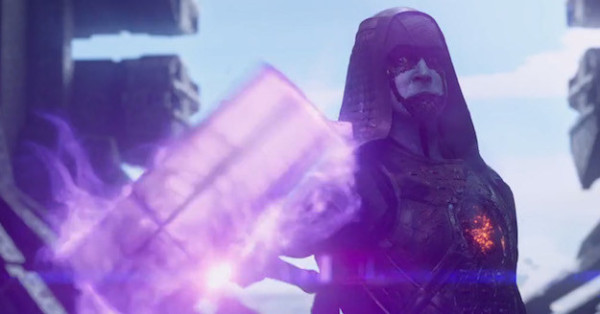 Pace will take on his highest profile role to date with Ronan The Accuser in Marvel’s Guardians of the Galaxy, which opens Aug. 1. “I’ve never played a character like Ronan The Accuser,” he said of playing an alien supervillain, which rendered him unrecognizable underneath layers of thick makeup. “I mean, I almost don’t even know how to describe it because this was one of those experiences where you throw it all out there, just kind of squeeze out the sponge. But it was just so much fun to shoot.”

Having recently completed filming The Hobbit: The Battle of the Five Armies, where he plays elven king Thranduil, Pace is considering his options for roles to tackle now that production on the first season of Halt and Catch Fire has wrapped. As always, Pace will continue to look for a single factor in a potential part: the inability to escape it.

“The roles I think about, and can’t stop thinking about — on the subway, when I’m riding my bike, when I’m running — are the things I connect to,” he said, gesturing to his heart and, once again, citing Soldier’s Girl. And Pace has finally come to terms with the fact that not every role he connects with will bring him accolades or an audience.

“It’s not my business to think about the business, it’s my business to think about the character,” he says. “Sure, there have been times in my career where I wished I was more popular, or more this, or more that — but that’s just stupid. The older I get, the happier I am with the way my career has gone. Although, in many ways, it’s been through no design of my own.”
source
Very interesting interview.

Hi, mods! Fixed the pics and this interview hasn't been posted yet. :)