Victoria Justice to star in "The Outskirts" with Eden Scher, Avan Jogia, and more! 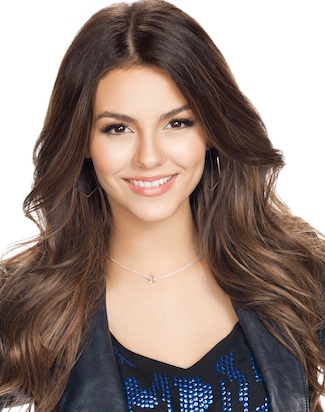 Victoria Justice and Eden Sher are set to star in the high school comedy “The Outskirts,” which hails from “Bachelorette” producer BCDF Pictures, the company announced Tuesday.

Peter Hutchings (“Rhymes with Banana”) will direct the film from a Black List screenplay written by Dominique Ferrari and Suzanne Wrubel. Shooting begins this summer in New York.

Described as “Mean Girls” meets “Revenge of the Nerds,” the story follows best friends Jodi (Justice) and Mindy (Sher), who have suffered years of torment under the thumb of the school's alpha female (Lee). They plan to ride out their senior year under the radar, but when they become the victim of a humiliating prank, the two hatch a plan to unite the outcasts of the school and start a social revolution. They join forces with an affable slacker (Jogia), a girl scout with a secret (Chang) and an overachiever with dirt on everyone (Rickards).

The film was developed by New York-based BCDF Pictures, whose Brice and Claude Dal Farra will produce. BCDF's Lauren Munsch and Brian Keady will executive produce with Victoria Bousis of Bousis Films.

Red Granite's foreign sales arm, Red Granite International, led by Danny Dimbort and Christian Mercuri, is handling international sales on the picture, which is being under the title “Cool Girls.”

“We are thrilled to be working on a movie that is at the same time very entertaining and also deals with an issue like high school bullying. Rarely do we find scripts that can deliver such an important message while appealing to wide audiences,” said Claude Dal Farra.