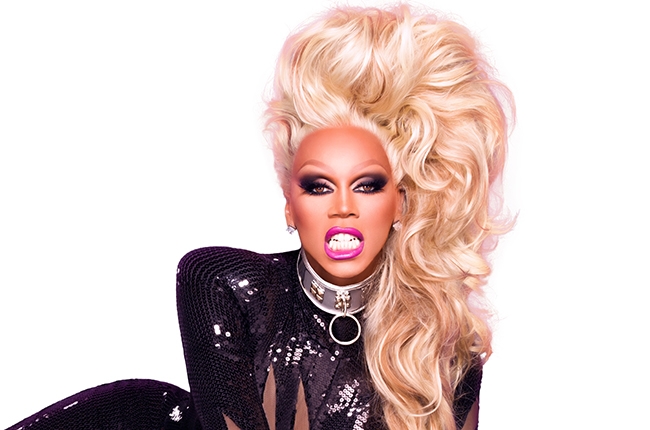 The immediately gif-worthy video features the final four competing queens in the sixth season of "RuPaul's Drag Race" -- Courtney Act, Adore Delano, Bianca Del Rio and Darienne Lake.
The video, produced by World of Wonder, showcases the quartet in "Drag Race's" final challenge of the season, where the queens had to perform and dance for the "Sissy That Walk" video.
The on-air premiere of the video is tonight (May 12) at 10 PM ET/PT on Logo TV as part of the latest "RuPaul's Drag Race" episode "Countdown to the Crown."

"It's a great time to be gay in America!," RuPaul tells Billboard. "So whether you're a drag queen or Michael Sam the time has come to 'Sissy that Walk.'"
RuPaul of course is the star of the "Sissy That Walk" video, as the diva slinks and struts in a catsuit while lip-syncing to the pulsating dance tune.
Also on board for the clip is "Drag Race's" always-popular Pit Crew as photographers who strip down for their own revealing "Walk" moment.
Three contestants remain in the "Drag Race" competition (Act, Delano and Del Rio), and one of them will be crowned "America's Next Drag Superstar" when this season's finale airs on Monday, May 19 on Logo.
Fun fact: the phrase "Sissy That Walk" came to RuPaul by way of his friend, writer Rich Juzwiak, who heard a parent screaming the line at their kid in a child beauty pageant.(oh)
"Sissy That Walk" is lifted from RuPaul's latest album, "Born Naked," which recently became the entertainer's highest-charting release ever on the Billboard 200 when it debuted at No. 85.
It also entered at No. 4 on the Dance/Electronic Albums chart.
"Sissy" has so far peaked at No. 39 on the Dance/Electronic Digital Songs chart. "Born Naked" was reissued on May 5 in a deluxe edition,
featuring new remixes and a collaboration with La Toya Jackson titled "Feel Like Dancin'."
Source
Tags: music video, reality show, reality show celebrity, rupaul / drag race
Subscribe
Previous
← Ctrl ← Alt
Next
Ctrl → Alt →
Previous
← Ctrl ← Alt
Next
Ctrl → Alt →