Shakira, Robert Frost, Ellen, and other famous people get wasps named after them

New wasp species named after Shakira for its 'dance-inducing' larvae

Colombian singer Shakira's belly dancing moves are so awesome, they're the reason why a new species of parasitic wasp was named after her: Aleiodes shakirae is a parasitic wasp that causes its host caterpillar to shake and wiggle like there's no tomorrow. 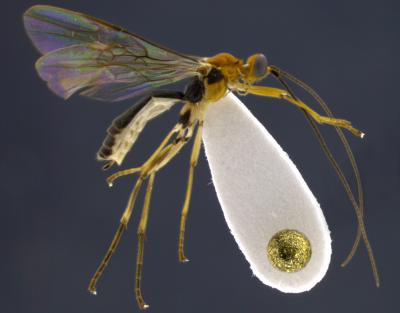 A. shakirae is one of the 24 new species of Aleiodes wasps discovered by Dr. Eduardo Shimbori and Dr. Scott Shaw in the eastern Andes mountains of Ecuador. Aleiodes are very small wasps—only 4 to 9 millimeters long—that belong to a unique subfamily of wasps that mummify the caterpillars they parasitize on.
Adult female wasps inject an egg into a particular type of caterpillar, where it hatches. The host caterpillar remains alive for a time while the wasp larva slowly eats its insides. The caterpillar eventually shrinks and dies, with the larva forming a cocoon inside the mummy.
Dr. Shimbori and Dr. Shaw found a wasp that causes its host caterpillar to bend and twist in different ways as it dies, reminding them of Shakira’s dance moves:

Shakira's not the only famous person they named a wasp after. Aleiodes frosti is named after poet Robert Frost because of his poem "The Road Not Taken". Among the Aleiodes wasps, A. frosti exits its host in a totally different manner. Other Aleiodes wasps get out by cutting a round hole near the posterior end of the caterpillar. A. frosti, on the other hand, gets out by cutting off the entire back end of the caterpillar. 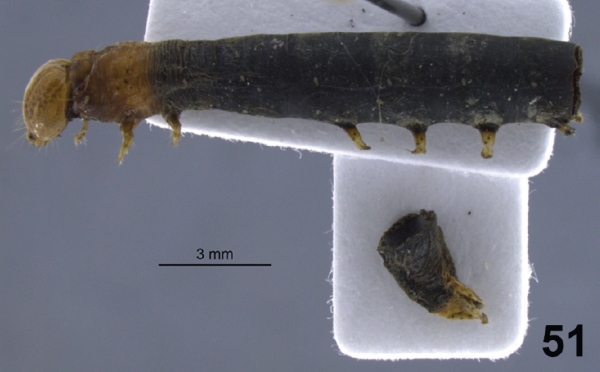 Caterpillar mummy left behind by A. frosti
Other wasps were named after Ellen Degeneres (A. elleni), Stephen Colbert (A. colberti), Jimmy Fallon (A. falloni), and John Stewart (A. stewarti).
While killing and mummifying caterpillars sounds like a gruesome way to eat, Aleiodes wasps actually serve a very important ecological function. Says Dr. Shaw, "These wasps are helping to naturally control the populations of plant-feeding caterpillars, so they help to sustain the biodiversity of tropical forests."
Aleiodes wasps are found all over the world but the greatest number of species are found in northern Europe, North America, and Asia. This research was published in the journal ZooKeys and funded by the National Science Foundation.
Source
Tags: ellen degeneres, jimmy fallon, shakira
Subscribe
Previous
← Ctrl ← Alt
Next
Ctrl → Alt →
Previous
← Ctrl ← Alt
Next
Ctrl → Alt →