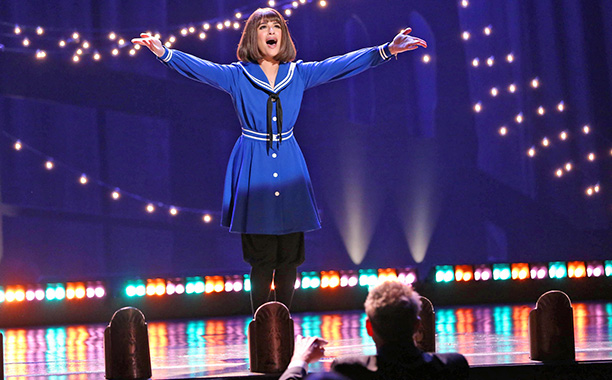 This season of Glee has seen Rachel Berry (Lea Michele) win her dream role as Fanny Brice in a Broadway revival of Funny Girl. But are Michele and series co-creator Ryan Murphy, who owns the rights to the show, planning their own real-life revival of the iconic musical? Earlier this year, Michele gave interviews saying that the pair were indeed interested in bringing Girl to the stage.

Now, Murphy is confirming those discussions. While sitting down with EW for this week’s cover on his adaptation of HBO’s The Normal Heart, Murphy revealed, “I have the rights to it. It’s something that we’re talking about. I’ve never done Broadway. I’ve always wanted to. Right now, we’re just sort of testing the waters with different people.”

But he adds that the project has a ways to go. He says, “[Lea] and I have made no mistake of our mutual love for that property, so if it could come together at a time that she’d be willing to make that commitment to go back to Broadway — which I don’t know that she is right now — it would have to be the right director and the right leading man.”