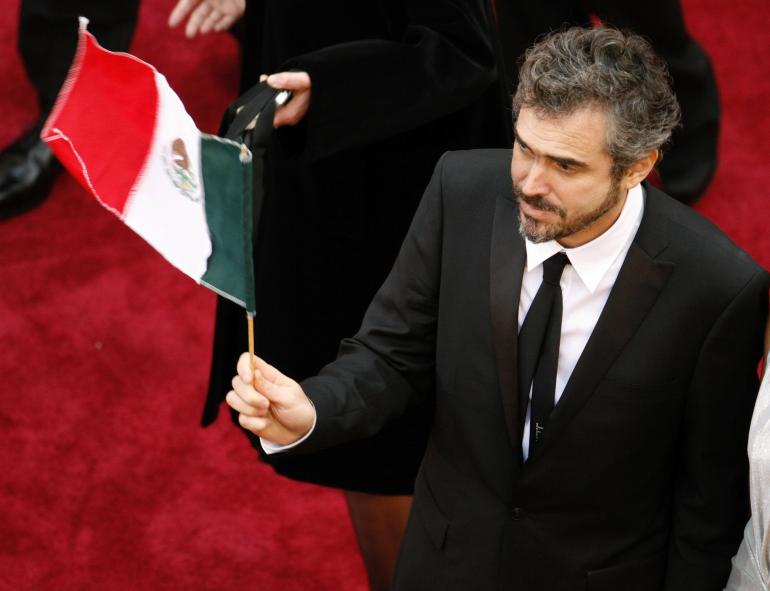 Oscar-winning film director Alfonso Cuarón challenged Mexican president Enrique Peña Nieto to a debate on national television to discuss the historic energy reform that has been criticized by many in the country.

A week after the Mexican filmmaker released a 10 questions related to the reform for the president (see here), Cuaron asked a final followed up question: why not debate?

His most recent question appeared on a paid ad published on at least two national newspapers. Cuarón presented the possibility of holding at least three debates on national television.

Critics of Peña Nieto's reform claim that the reform has not been explained in detail. 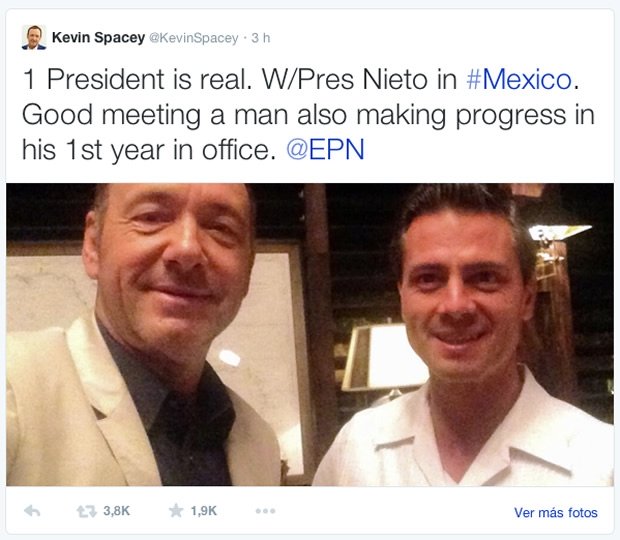 source: Kevin's twitter
btw, Kevin clarified that he was in character as Frank Underwood when he tweeted that after some criticism...
Tagged: house of cards (netflix), kevin spacey, latino celebrities, politics

pantless_deacon
May 9th, 2014, 08:54 pm
Remember that time Alfonso Cuarón signed that petition to free Roman Polanski? I'd like to debate him on that.

piscesvstaurus
May 9th, 2014, 08:59 pm
Kevin clarified that he was in character as Frank Underwood when he tweeted that after some criticism...