The Man Who's Everywhere is in Interview Magazine 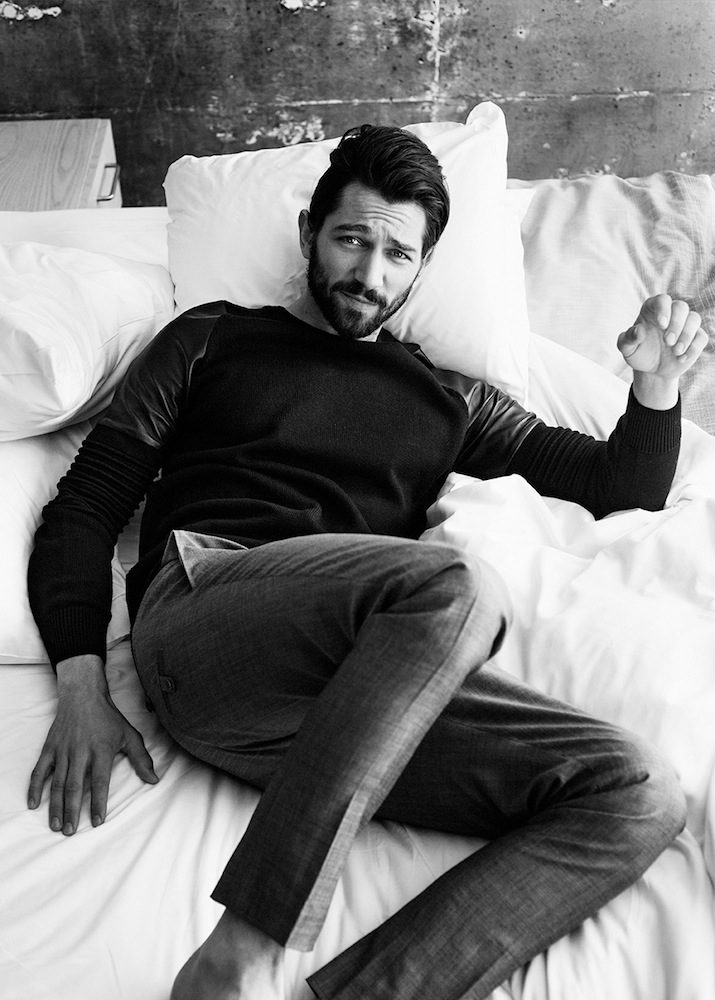 "I guess I was a child actor," admits 33-year-old Dutch actor Michiel Huisman. Holland, however, is not Hollywood, and Huisman, who grew up in and just outside of Amsterdam, assures us that his early start in the film industry didn't get him any special treatment. "Acting was one of the things I did alongside going to school: I'd be playing guitar, I'd be playing soccer, and I would be acting in movies," he explains. "Because Holland is so small, it was never considered a career."

In grade school, Huisman downplayed his extracurricular activities: "I would keep it to myself a little bit. If kids would ask, ‘Where were you yesterday?' I would tell them, but if not, I wouldn't say, ‘I was shooting.'" It wasn't until later, as a teenager at university, that he decided to pursue acting seriously. "I thought, maybe I'm already doing what I want to be doing," he recalls. 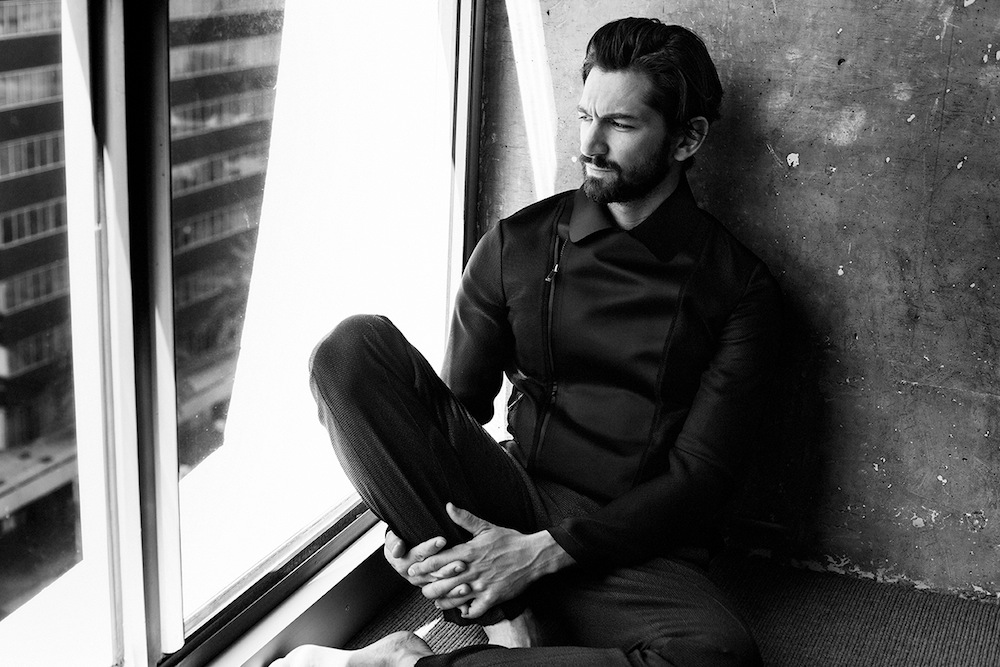 Chances are that you recognize Huisman from a television series; the question is which one. After moving to the US in 2009, Huisman's first American role was as a drug-consuming musician on the New Orleans-set jazz dramaTreme. This year alone, he's had significant roles on ABC's Connie Britton-starring country music show, Nashville,HBO's fantasy behemoth Game of Thrones, and BBC America's cult drama Orphan Black. "I can't quite put my finger on it," Huisman says of his diverse range of fans. "People come up to me: ‘I saw you on this and this.' I look at them and I'm like, ‘I would have never thought that; I would have thought you were watching this show.' "

On Game of Thrones, Huisman plays Daario Naharis, a merchant soldier ("sellsword") and leader of the prestigious Second Sons, who pledges his allegiance (and love) to the mother of dragons, Daenerys Targaryen. Daario appeared in several episodes at the end of Season Three played by British actor Ed Skrein. At the beginning of Season Four, however, Skrein was silently replaced by Huisman, and few fans seemed to notice Skrein's absence.

Recently, Huisman has been working on films, most notablyJean-Marc Vallée's Wild with Reese Witherspoon and The Age of Adaline with Blake Lively and Harrison Ford.

EMMA BROWN: Where do you live these days?

MICHIEL HUISMAN: Right now, I live in a hotel room in Vancouver. I've been here for two months working on The Age of Adaline, but I'm almost done. This weekend we'll go back to home, which is in New Orleans. After working onTreme for a couple of years, we just fell in love with the city. We—I say "we" as in my wife, my daughter, and I—felt like it's hard to be gypsies without a home base anywhere in the world. Although we're not there a lot, it feels really good to have a place somewhere that is ours where we have our stuff, and that's in New Orleans. 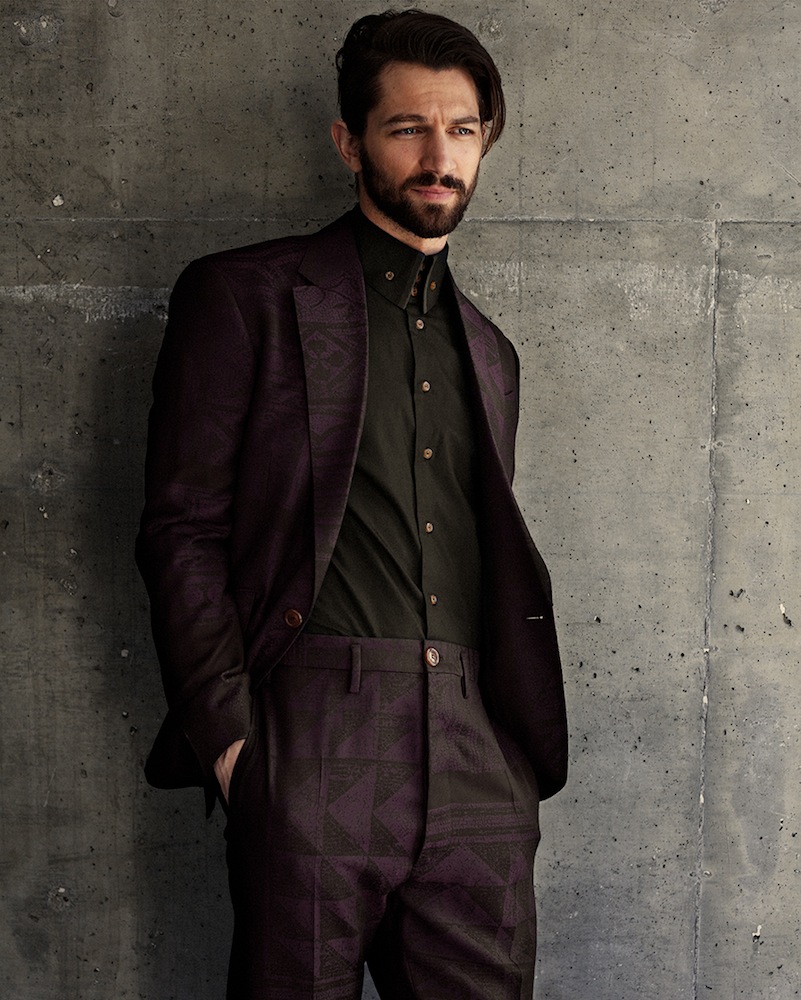 BROWN: Does your daughter have an American accent?

HUISMAN: Oh yes, better than mine! [laughs] She has lived in the US longer than Holland. She is totally bilingual—her English is great.

HUISMAN: I learned English at school, or at least that's how it started. Also in Holland—as opposed to some other European countries—we don't dub anything, so as a kid growing up, always watching English and American movies in their original language really helped. It wasn't until Tremethat I really started to work the dialect with a great coach for lots and lots of hours and tried to get rid of my natural accent, which is very exciting, but also very hard. It's a process; I'll never stop trying to improve.

BROWN: For Game of Thrones, did have to speak a certain way or could you speak in your natural accent?

HUISMAN: No, there was a great dialect coach on set. We worked on it very, very hard and very specifically. The most important thing for my accent was to get rid of the American sound, [laughs] so the opposite of what I've been trying to do for the last couple of years—make it a lot more British and let some European inflictions come through. We wanted to make it clear that this character, Daario, didn't speak proper English; that would be way too clean and posh, and this guy has been all over the place. It's always fun to be very precise, and the showrunners on Game of Thrones are very precise.

BROWN: How did you get cast as Daario?

HUISMAN: I was sent a couple of scenes and asked to put myself on tape. They keep their storylines so close to their vests; at first I wasn't told what character it was. But I put myself on tape, and after that I was asked to come into the room and do it again in front of the producers and showrunners. By then I started realize what role it was—that it was not just "a" role, but a very, very exciting role. 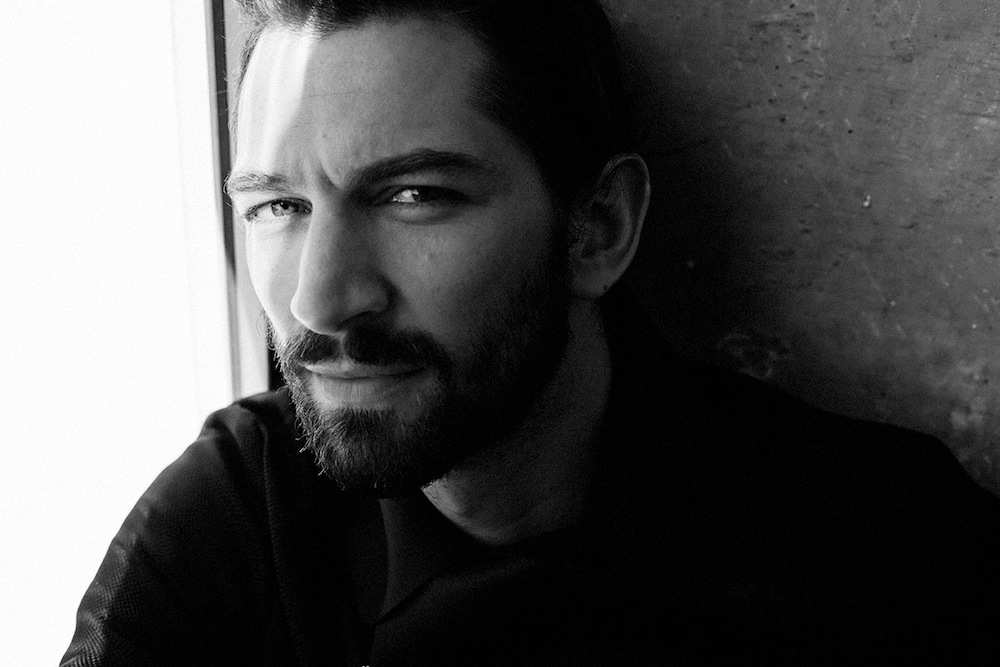 BROWN: Were you a fan of the show before you auditioned?

HUISMAN: I had seen quite a few episodes, but there were a few gaps here and there. So yes, I was a fan, but I was very happy to start over again and binge to fill those gaps. It's one of those shows where you can't really have a gap, because then you have no idea what's going on. [laughs]

BROWN: Who was your favorite character?

HUISMAN: Hands down, Daenerys. Of course.

BROWN: Did you treat Daario as a new character when you took over the role, or did you try to study old episodes and carry on from the previous actor's performance?

HUISMAN: I thought it was important to keep in mind what had happened, but then, from that moment on, treat it as a new role. Although the previous actor had been in a couple of episodes, and the audience had invested in him playing the role, it still felt like there was enough room for me to reestablish the character. I hope, at least. That was the sense I got from everybody involved; that it was okay to do my thing with it. Which I'm very grateful for, because it's very hard to do what someone else did—to imitate. I was allowed to follow my own instincts, and from now on we can only hope that people accept the switch.

BROWN: I've heard that some of the producers like to play tricks on the actors and vice versa. Have you experienced that at all?

HUISMAN: No, what kind of tricks?

BROWN: Nikolaj Coster-Waldau told me he'd pretended that he'd shaved his head in between seasons, and he was just waiting for the producers to get him back.

BROWN: I know your characters don't really intersect, but Carice van Houten is also Game of Thrones, and you've worked with her before. Do you ever see her when you're filming, or does she shoot in a completely different country?

HUISMAN: Unfortunately, she's in a completely different storyline, which literally shoots in a different country. But I'm hoping that next season—a lot of the interior stuff gets shot onstage in Belfast, so it wouldn't be strange if our paths cross when we're both shooting our different storylines on the stage. I'm looking forward to that. We did two movies together: one when I was 16, called Suzy Q (1999) in which I played her brother, and then another one called Black Book(2006), which was more recent. She's an amazing actress and fun to work with, so I'm looking forward to seeing her again.

BROWN: Are there a lot of Dutch actors working internationally? Or is it a really small community where you all know each other?

HUISMAN: The Dutch film industry is a pretty small community, so within Holland, I think most actors know each other and have worked with each other. The actors that are working internationally—that's a small number, but Carice is one of them. Rutger Hauer is a very famous Dutch actor who did quite a lot internationally. Another Dutch actress who is working a lot is called Famke Janssen. There's a few more.

BROWN: Your publicist said you were the only man ever to be on the cover of Dutch Elle—is that true?

BROWN: How did that come about?

HUISMAN: It was some sort of anniversary, and out of all the Dutch actors, they happened to pick me and asked me to be on the cover of their magazine, which I felt was a great honor. As far as I know, David Beckham was on the cover of an international Elle. It was after that.

BROWN: You're also in the second season of Orphan Black, which is this growing cult show. Everyone keeps telling me how great it is. Were you aware of the show before you were cast?

HUISMAN: No, I hadn't seen it. I hadn't heard about the show until I was asked to audition for it. So after watching a couple of episodes and getting a feel for it, I was very eager to be part of it. I agree with the people to whom you spoke—I think it's a really good show. I thought that—and I proved to be right—the lead actress, Tatiana Maslany, was going to be a lot of fun to work with. She's amazing. She's crazy talented. There are so many scenes in that show where she is by herself playing a couple of [different] characters—clones—and you just accept that as a viewer. I just couldn't believe that I did that—that I was able to go along with that.

HUISMAN: I play a guy named Cal, and he had been together with Sarah—dating one of the clones—about eight years ago. She very abruptly left him after being together for one or two months, and stole his car and some money and ran off, which completely shocked him. In episode three, for the first time after all those years, they meet again.  It turns out that at when they were together, Sarah got pregnant. He's very smart—a tech guy, but also a successful entrepreneur. He started this company creating these mini-drones and, before he knew it, his partners sold the company to the military, which is now using his drones for mini bombings. It made him a little bit bitter, and even more anti-corporation than he used to be. I think that's one of the places where Cal and Sarah can connect—they share that anarchistic tendency.