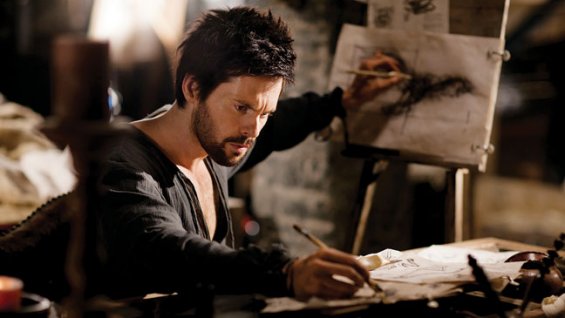 Starz's Da Vinci's Demons will return for a third season with a new showrunner.

Goyer, who is juggling multiple film and TV projects including NBC's buzzy Hellblazer adaptation Constantine, will stay on as an exec producer. The Saturday drama is averaging about 3.7 million total viewers across all platforms. Production on season three of the drama from Adjacent Pictures will begin in Wales in the spring for a return to the network in 2015.

With the third-season renewal, Da Vinci's Demons becomes the first original drama series to earn a third season at the network following Spartacus. The series joins a roster of originals that includes Black Sails and upcoming dramas Power, Outlander, Flesh and Bone, The Missing and comedies Blunt Talk and Survivor's Remorse.

For his part, Shiban started his career as a staff writer on The X-Files. His credits include Breaking Bad and Hell on Wheels.

"I'm very proud of this modern take on the endlessly fascinating Leonardo da Vinci -- everyone from the writers, directors, cast and all the crew have been invaluable and will continue to be for what we have ahead," Goyer said in a statement. "I've been a fan of John's work for some time and I'm excited to add his voice to the mix."