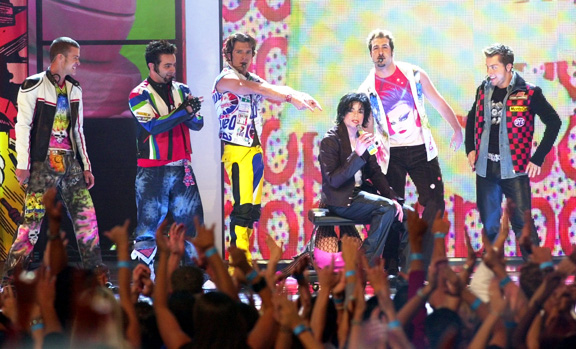 Justin Timberlake recently sat down for an intimate interview for OWN's Oprah Presents Master Class, and revealed that it was actually the King of Pop himself -- Michael Jackson -- that pushed him to go solo.

Timberlake recalls writing the 2001 'N Sync hit Gone for Michael, but when his team turned the slow jam down, 'N Sync cut the record instead.

"I think it's the first idea that I ever got about doing something on my own because it was the first time I ever really felt the confidence to do it," he explained.

Though according to 'N Sync member Lance Bass, it was actually P. Diddy who he thought broke the successful boy band up!

"I never heard that story, so I would not blame it on Michael Jackson," Bass said. "I always thought that it actually came from P.Diddy because P.Diddy was opening up for us at the very last concert and I remember that they were at the bar at one of our, you know, parties and I heard him say, ‘Hey, you should go solo, you know, without the guys.’ And I was like, wait a minute, I’m sitting right here."

Though he insists that there are no hard feelings.

"We're brothers," he said of his relationship with Timberlake now. "It was something we did as kids. We loved it so much but we all had to grow up. I could not be more proud of him."

Check out the video for the bombshell revelation.

Timberlake kicks off the new season of Oprah's Master Class on May 11 at 10 p.m. on OWN.