artRAVE Review: "Your faves could never." 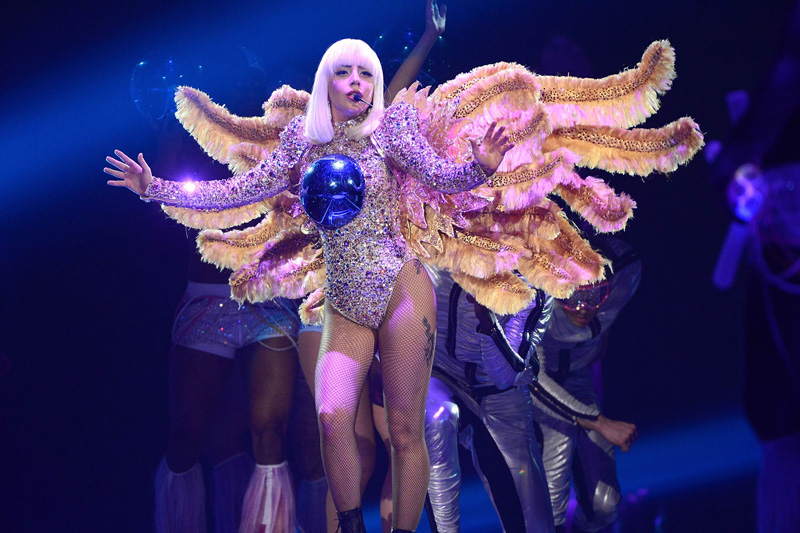 Lady Gaga‘s artRave: The ARTPOP Ball Tour opener tonight (May 4) in Fort Lauderdale, FL was almost too much for words. I don’t even think “YAAAS!” can cover it this time. Like, if I wasn’t open-mouthed mesmerized by the “G.U.Y.” singer’s insane get-ups (inflatable, latex octopus tentacles? Are you f***ing serious?!), I was caught in a shower of weed-leaf confetti. One second I was a Koons, then suddenly the Koons LITERALLY COULD NOT.
But, if there’s one moment in the entire two-hour concert that really jumped out at me, it would have to be the second-to-last costume change in the set. After performing “Alejandro” in a black, skintight get-up, Gaga suddenly declared that she’s “not afraid to get a little filthy.” To prove this, she then ripped the green, shoulder-length wig right off of her head. Yes, she literally snatched her own wig. Reverse Warholian expedition says what? 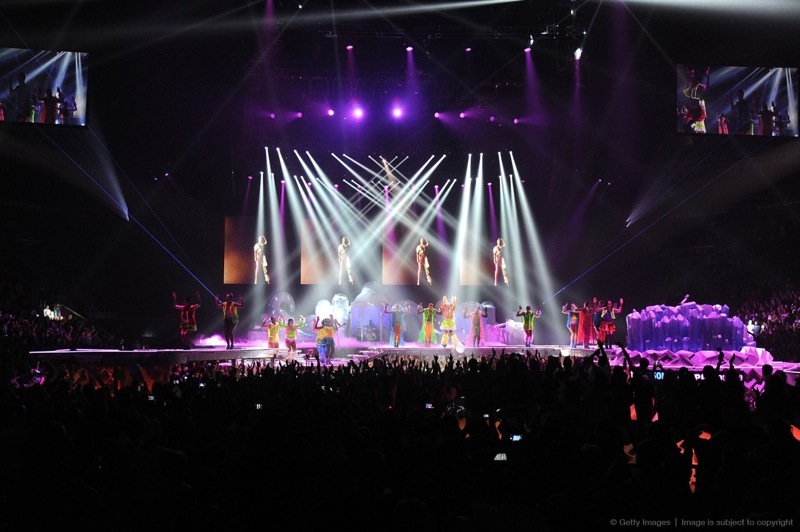 As the 28-year-old star began stripping off nearly all of her clothing — save for some panties and a pair of sparkly, silver pasties — a team of stylists rushed onstage to change Gaga into her next ensemble.

Despite being soundtracked by would-be Azealia Banks-featured banger “Ratchet,” the quick-change wasn’t a choreographed affair, which made the moment bare and intimate enough to border on uncomfortable. It’s, like, she took something that’s normally hidden away backstage and brought it out onstage in full view of the audience without really prettying it up, you know? 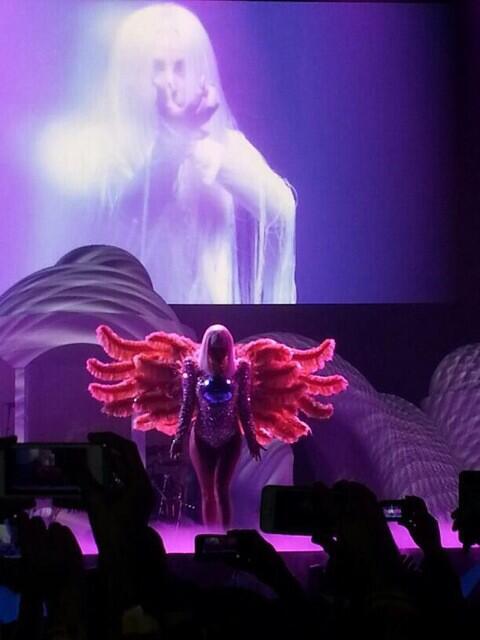 Anyway, once the raver dreads were pinned in place and the plastic dress properly fastened Lady Gaga snapped back to attention to announce, um, herself. 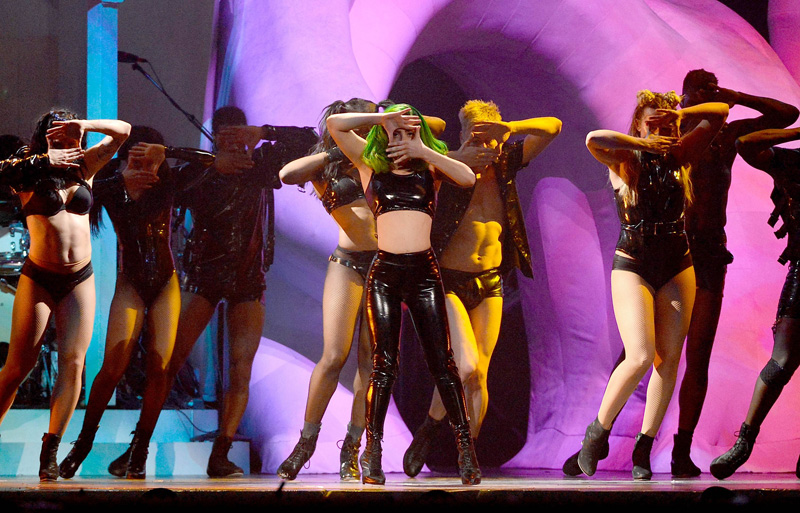 Maybe I’m just overthinking this, but Gaga kinda sorta just deconstructed the entire concept of the backstage quick-change, one of the fundamental components of any pop star’s tour set list. Totally here for it. 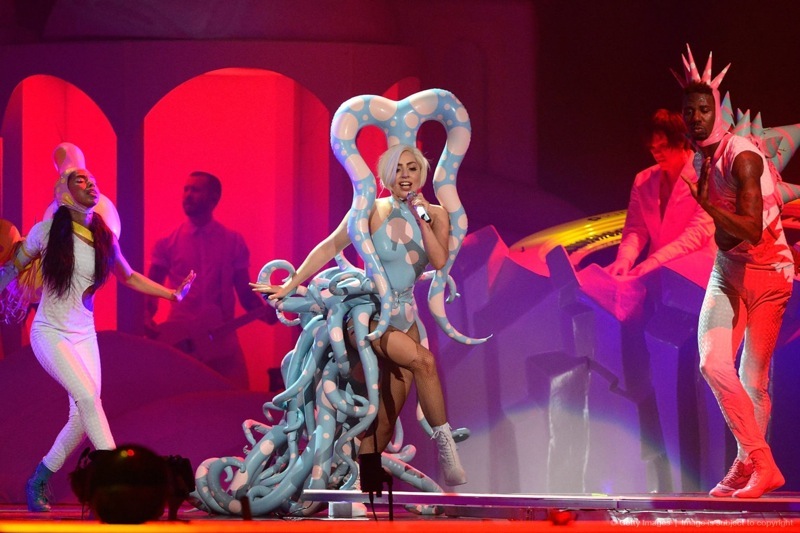 Your faves could never. 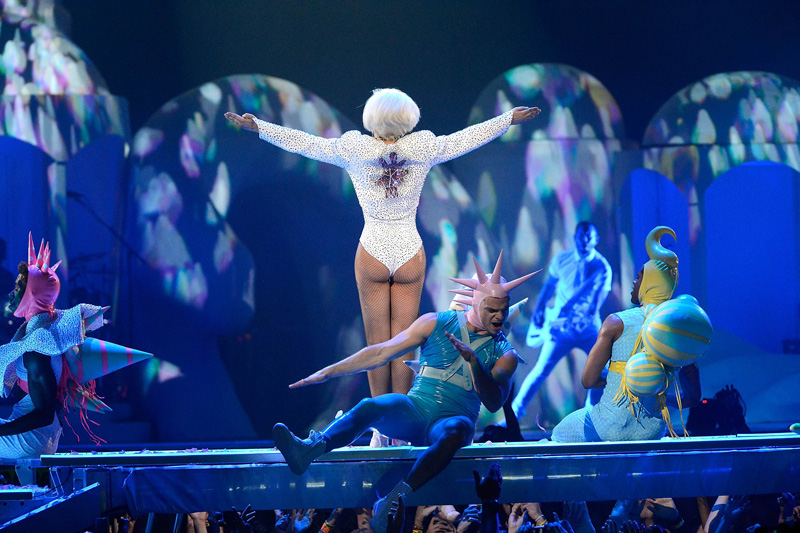