Come & Get It! Selena Gomez puts her sprawling Tarzana property up for sale for a cool $3.5 million! 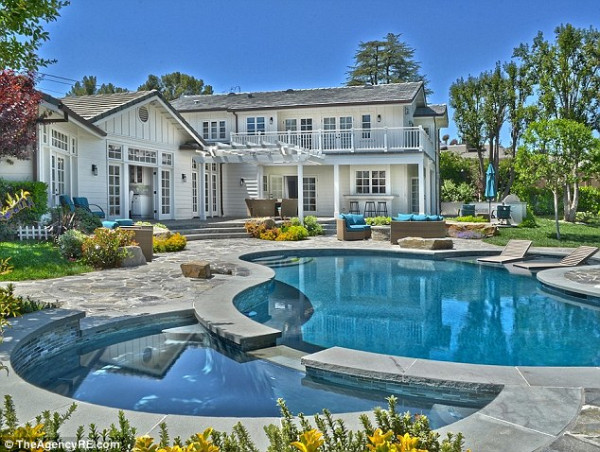 So many mansions so little time, what is a girl to do?
Selena Gomez has just listed her Tanzana, California, home for sale but she will hardly be out on the street, as it is just her spare estate.
The 21-year-old also has a mega mansion in the nearby area of Calabasas, so has decided to offload the six bedroom home and make herself a little money while she does it.
The Come & Get It songstress first purchased the house for $2.75 million but now the star has the 6,630 square-feet ranch style property on the market for $3.495 million.
The home certainly offers the right buyer a lot of bang for their buck, as the property is like a number of mini houses in one, featuring multiple designer appointed wings perfect for guests or extended entourages.
According to realtor Craig Knizek's listing, the home is 'one of the most beautiful homes in the Valley'.
Despite the house being subject to a stalker scares, including the most recent in January when a family member caught an 19-year-old man allegedly lurking near the property, the Agency's lists new security measures put in place by the star as one of the assets of the property.
According to the listing, the house has 'secure private gates surround the entire one acre flat property'.
But the new owners will certainly not feel like they are imprisoned, as the giant block also boasts designer landscaped outdoor spaces.
They will also have plenty to do, with Selena's palatial mansion also featuring a stunning free form pool with spa as well as a basketball court with lights, a professional grade gym, and for the more retiring types, a bocce ball court.
While the singer never got around to it, there is also space for a full size tennis court.
Leaving no detail over looked, the former girlfriend of Justin Bieber also had her own fruit orchard and three separate dog kennels.
Clearly the home of a pop star the house is also a perfect party pad.
As the realtor explains: 'The newly built downstairs Media room has a bar which opens to the outdoor BBQ and fire pit lounge area.  What amazing parties you can have!'
That is if you don't get lost first as you make your way around the home, which has six bedrooms - including a guest suite with its own separate entrance and kitchen - eight bathrooms, a formal dining area, living room and butler's pantry and chef's kitchen.
Clearly having a designer work on every aspect of the home, Selena has chosen a neutral colour scheme of whites, greys and tans.
The home also makes sure to incorporate the stunning grounds thanks to extensive windows and French doors.
While many would find it hard to give such a property up, Selena can sleep easy knowing her Calabasas property is even more impressive.
Just last month the star bought the $3.69 million property, which is in a gated alcove in the exclusive area.
While the home only has, shock horror, five bedrooms, it its larger at 7,200 square-feet. 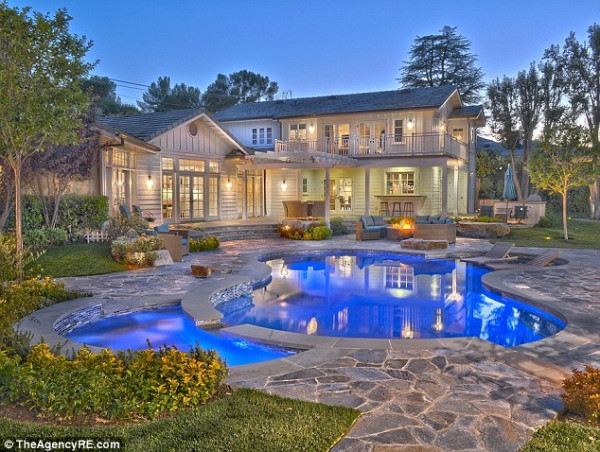 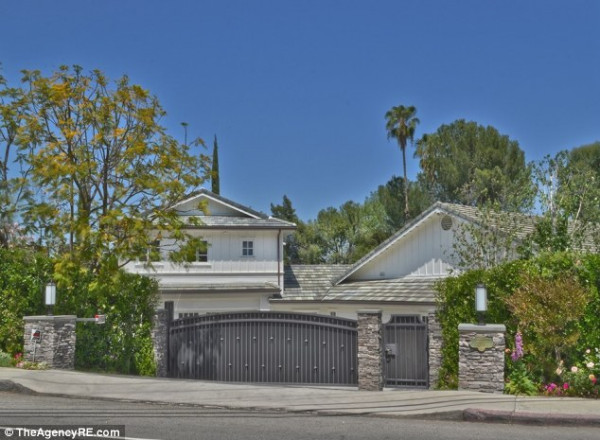 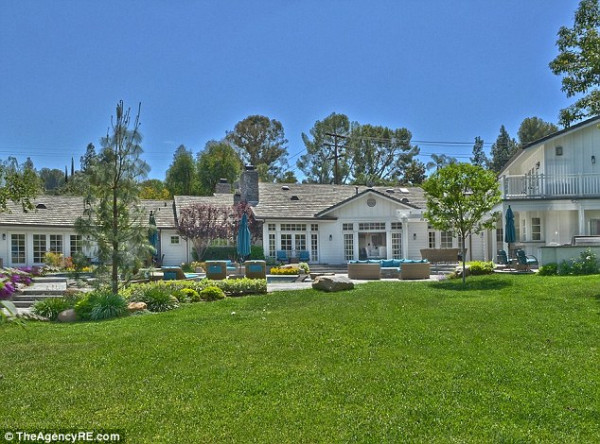 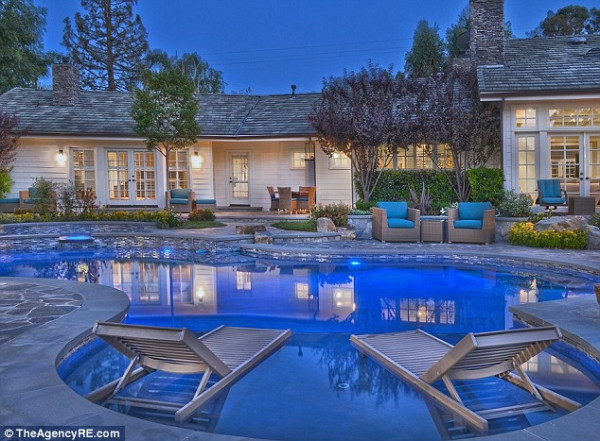 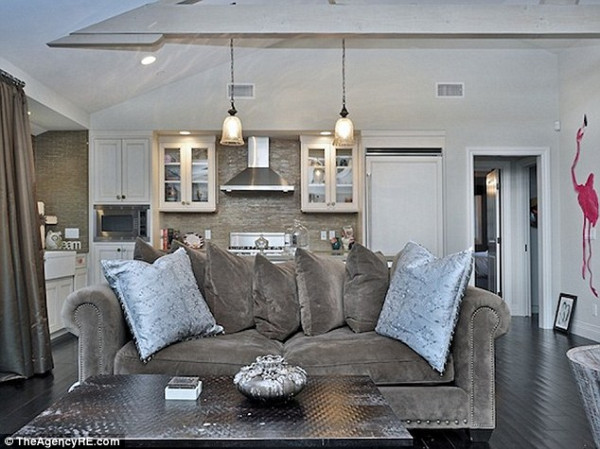 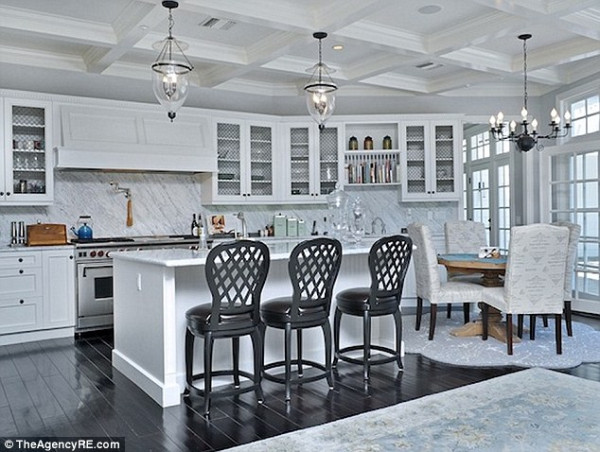 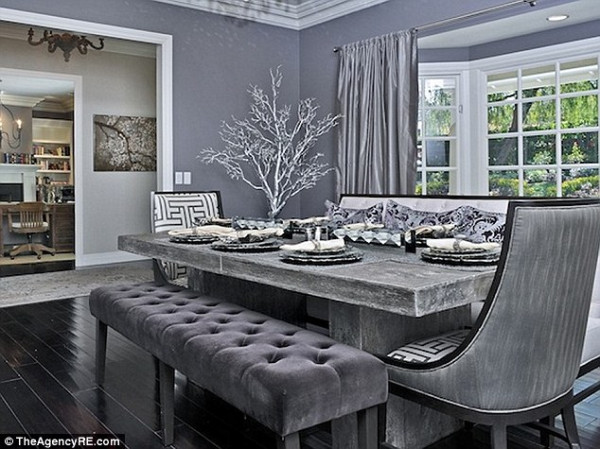 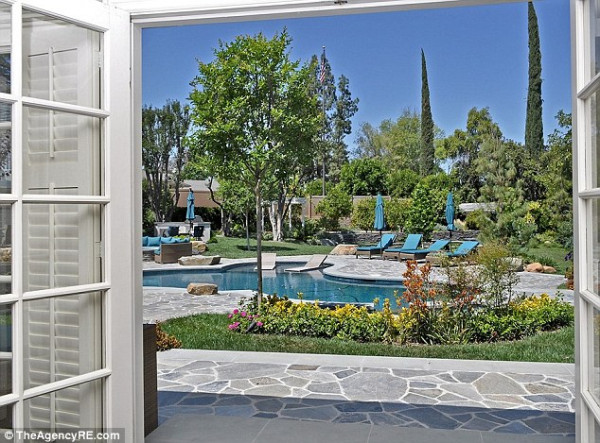 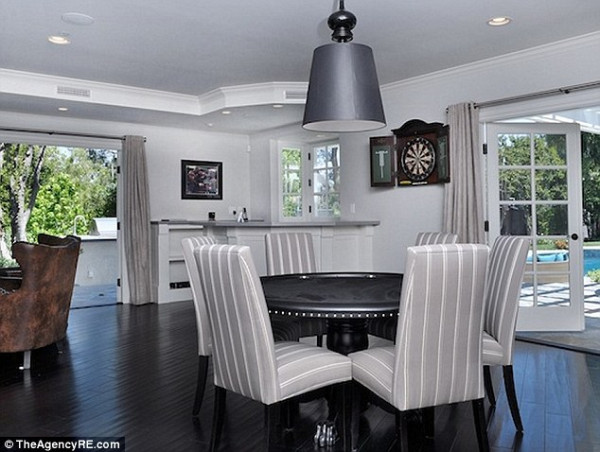 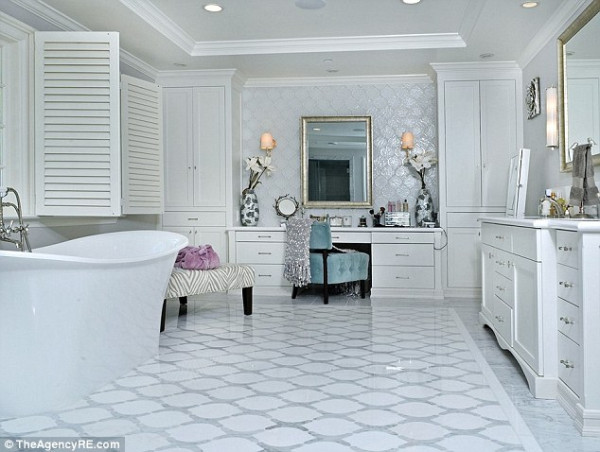 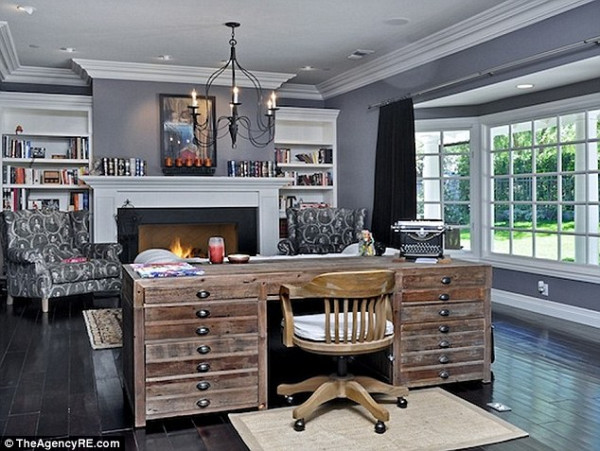 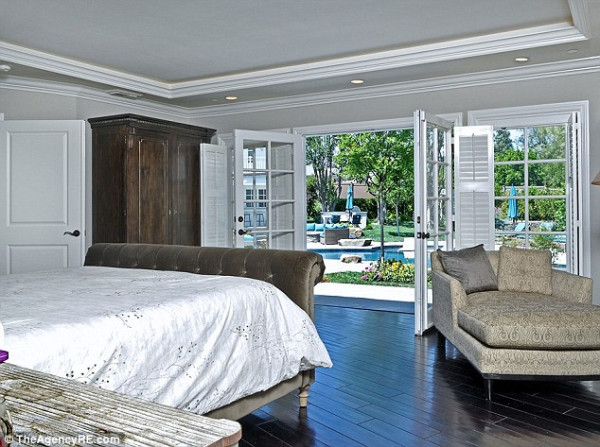 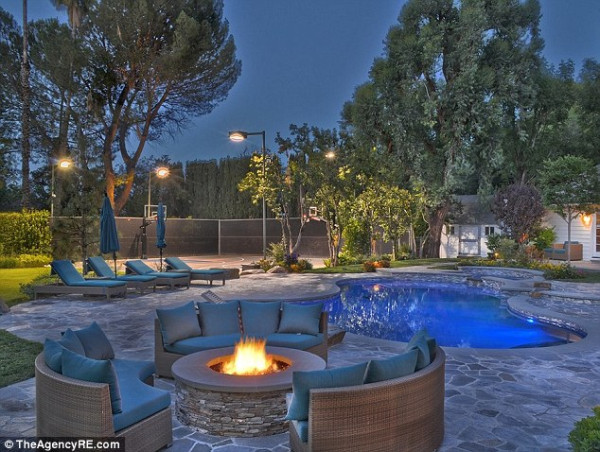