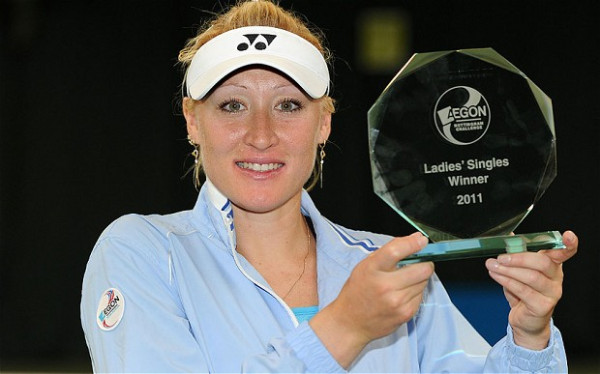 Former British No 1 dies after losing her fight with liver cancer
Baltacha, who was British number one for nearly three years, retired from the sport in 2013.
"We are heartbroken beyond words at the loss of our beautiful, talented and determined Bally," said husband Nino Severino.
Baltacha learned she had liver cancer in mid-January 2014, two months after retiring from professional tennis and only a few weeks after marrying.
Baltacha was diagnosed with primary sclerosing cholangitis, a chronic liver condition which compromises the immune system, aged 19.
Despite her illness and multiple injury problems, Baltacha went on to reach the Australian Open third round in 2005 and 2010 and reached a career-high world ranking of 49.
She won 11 singles titles, made the third round of Wimbledon in 2002 and was part of Great Britain's Fed Cup team for 11 years.
Source

This is so awful she was so young :(
If any ONTDers are interested a second Rally Against Cancer (Named Rally for Bally in her honour) event is happening at the Queen's club again this year and this Justgiving page is where you can donate to The Royal Marsden Cancer Charity and Elena's Academy of Tennis.
Tags: death, sports / athletes - tennis
Subscribe
Previous
← Ctrl ← Alt
Next
Ctrl → Alt →
Previous
← Ctrl ← Alt
Next
Ctrl → Alt →