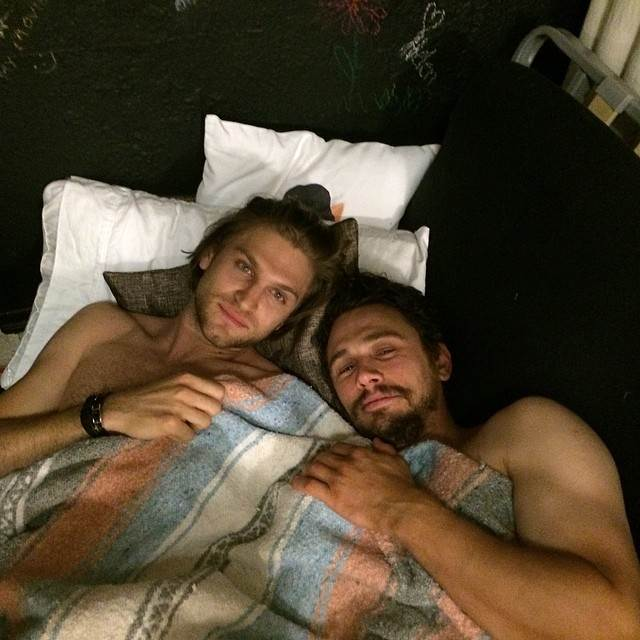 James Franco strategically got in bed with Keegan Allen in an attempt "blow up Twitter."
"I went to go say hey to him in his dressing room," the "Pretty Little Liars" star told E! News about the day they posted a "selfie in bed" together.

Allen, 24, recently attended Franco's Broadway show, "Of Mice and Men," and when visiting the "Spring Breakers" star backstage, things took an interesting turn.
"There were a lot of people there and I asked him, 'What's the way to do the best selfie in bed?' and he showed me," Allen recalled.
Franco didn't only demonstrate the ways of a bed selfie, he decided to join the 24-year-old actor. 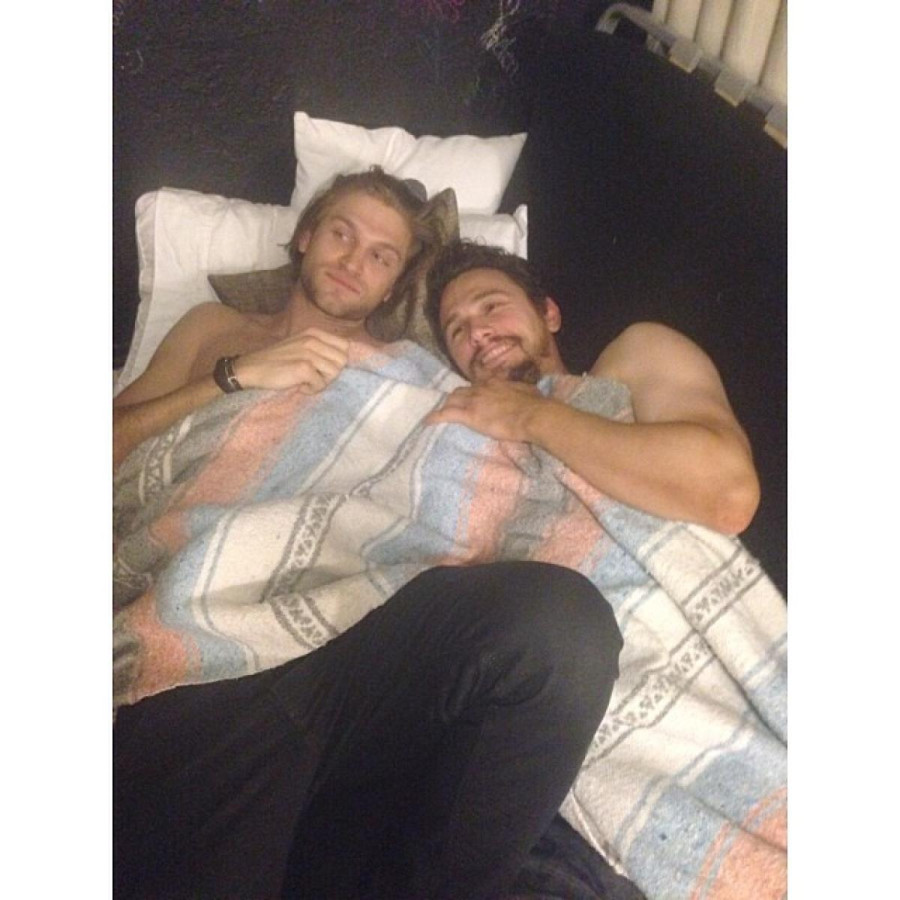 "Then he climbed in really quickly and he was like, 'Let's blow up Twitter for a second,'" Allen said.

The men could be seen lying side-by-side in bed shirtless with a blanket covering them partially in the pic Franco posted Tuesday.
"Time to go nuts!!!!" he captioned the pic.
Later, Allen posted a similar pic, only they weren't so serious, indicating the whole thing was a joke they were having a lot of fun with. 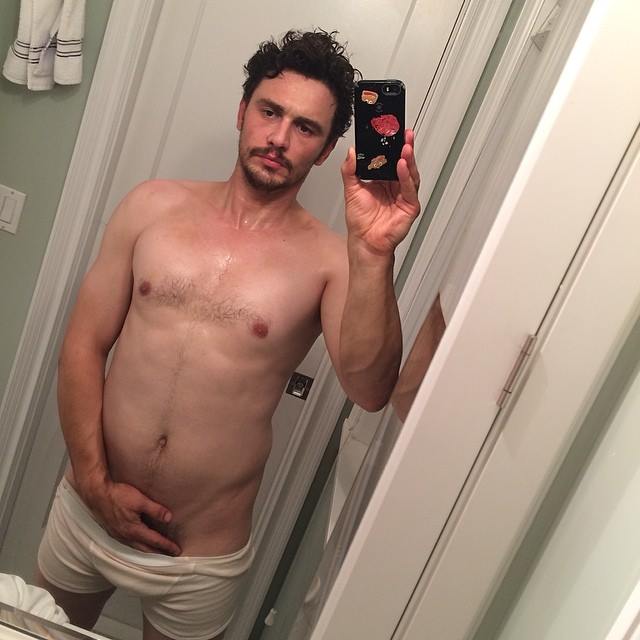 "He is a trip," Allen said of his "Palo Alto" co-star. "He's a real trip. He's great to work with, an incredible director and a really fun guy to hang out with."

Franco upped the ante when he followed up the same-sex bed selfie with a nearly nude bathroom selfie on Friday.
The 35-year-old actor could be seen wearing only white underwear that was pulled down with his right hand covering his manhood. He quickly deleted the posting an hour later.
Source