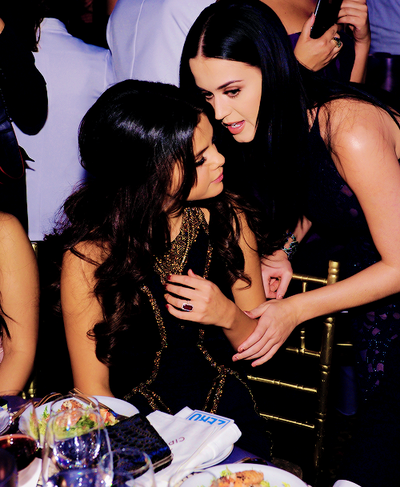 Katy Perry has told Selena Gomez to focus on her music following her recent personal dramas.
Perry has told the Come & Get It singer to throw herself back into work in order to deal with her heartbreak.
“Katy is honest with Selena and she told her she needs to stick with it this time and really let it all go. But she also told her that she’ll support her no matter what,” a source told Hollywood Life.
“Katy is very zen about it all. She’s also invited Selena to come and hang out with her on tour — she’s pushing her to get back into making music.”
“Katy feels like music saved her after her breakup with Russell [Brand] so she’s been encouraging Selena to write about what she’s going through.
“Katy has been helping Selena, she’s doing everything she can to help her right now as far as being a shoulder to cry on, someone to talk to that will understand.
“She’s like a big sister to her, a nonjudgmental big sister. Katy doesn’t push her opinions on Selena, but whenever Selena needs her, she is there for her.”
Source