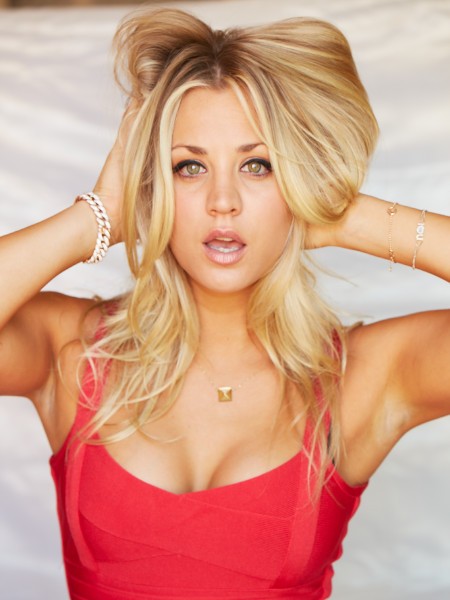 Kaley Cuoco married Ryan Sweeting after just a few months of dating, so it stands to reason that she's a little nervous about the future of her relationship.
Unfortunately, it looks like things may be off to a bad start the newlyweds.
Kaley and Ryan recently plunked down $5.5 million for a mansion formerly owned by Kourntey Kardashian and Lamar Odom.
Bad move, considering Kaley is apparently the superstitious type and she's now obsessed with that her marriage will suffer the same fate as Kourtney and Lamar's.
According to sources close to the couple, Kaley fully believes the house is cursed, and she's brought in various spiritualists and feng shui experts to "cleanse the negative energy" from the home.
No word on how much Kaley has paid for these services, but add those costs to the nearly $6 mill she dropped on the house and it's clear that Kaley is serious about living in Khloe and Lamar's old digs without ending up like the troubled reality stars.
Odom and Kardashian divorced last year, allegedly as a result of Lamar's drug use and infidelity.
So it's easy to see why Kaley is hoping her marriage doesn't end up the same way, but we think the answer is a little simpler than a full-house "spiritual cleanse."
Just don't smoke crack and cheat on each other! Boom: happily ever after!
Source
Tags: kaley cuoco
Subscribe
Previous
← Ctrl ← Alt
Next
Ctrl → Alt →
Previous
← Ctrl ← Alt
Next
Ctrl → Alt →