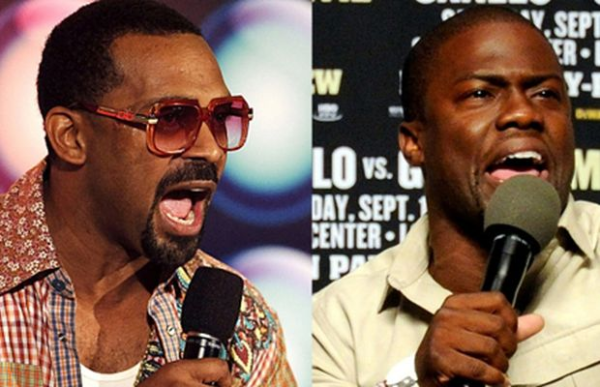 Normally, Fridays are pretty slow days for news. Everyone is ready to kick back and enjoy the weekend, and doesn’t have the motivation to do anything crazy.

Don’t tell that to Kevin Hart and Mike Epps.

The comedians have been sparring via Twitter for a while now, going after each other about five weeks ago over a 48 hour period. It looked like we had hit a period of peace, though, until that all ended abruptly this morning.

Epps, appearing on the DeDe In The Morning radio show, responded with Hart’s name when they asked him to name one overrated comedian, and then followed that up by saying “sometimes marketing is bigger than talent. This business isn’t about being funny, this business is about being forced on people.”

Kevin Hart did not like that one bit. He fired off this tweet, officially putting the hammer down:

All these comedians stoled from me iam takin my shit back

RT @TheRealMikeEpps: Hollywood love indentured servants <When all else Fails go to the bible....SMDH. Just bow down gracefully man

I know I'm suppose to ignore negativity & Hate but sometimes it has to be addressed. I said what I had to say & now I'm moving on!